Home » Lifestyle » Kanye West Wildly Claims Drake Threatened Him & His Family: The ‘Devil’ Is In You 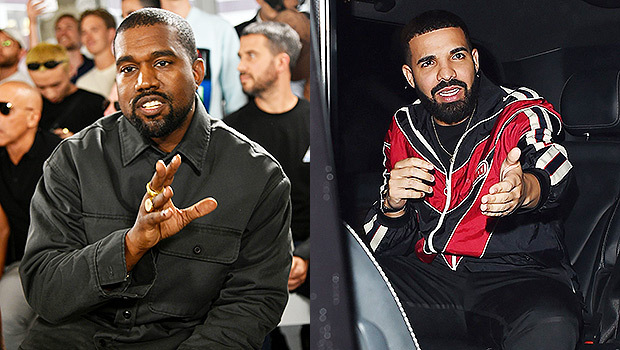 Kanye West Wildly Claims Drake Threatened Him & His Family: The ‘Devil’ Is In You

Kanye West and Drake round two! Just hours after Kanye slammed Drake over a “fake” beef and “sneak dissing” him, and the latter seemingly apologizing, Kanye took to Twitter again to say that Drake threatened him and his family over the phone. What?! “Drake called trying to threatened me,” Kanye began his second rant during the late evening hours of Dec. 13. “So drake if anything happens to me or anyone from my family you are the first suspect — So cut the tough talk.”

Kanye didn’t specify what Drake said or did to “threaten” him, but he continued by slamming Drake for “taking shots” at him, Kid Cudi and more during their darkest moments. “When Cudi was in the hospital he sent shots. When I go through s*** he f***s with me and I’m his idol … You [email protected] people with mental health issues. You get people hurt at concerts.” Kanye then urged Drake to talk to him so they can show the world that “people can talk without someone ending up dead or in jail.”

Apparently, Drake’s been texting Kris Jenner for some unknown reason, but he won’t ever reach out to Kanye, and that bugs the father of three. “How you gone text Kriss but not speak to me?” he asked. He then continued, “Drake I’m not going to physically fight you like it’s MTV boxing. Or the Mandingo part on Jango. This is for no ones entertainment. We’re making the world better at all times. Please take the devil 👿 up out you bro. You are disrespectful to all people with mental health conditions so this is an opportunity for growth.”

Kanye also says he never told Pusha T about Drake’s son (before the world knew about him), which is something Drake claimed in a previous diss track. “I’m Ye bro Remember that I love you I would never intentionally hurt you That’s what I’ve been saying to you. I would never mention your (blank). You’re mad at me for something I didn’t do.”

And Kanye hasn’t even stopped tweeting yet, so keep coming back to HollywoodLife for all the updates! It doesn’t seem like this feud’s going to end anytime soon.