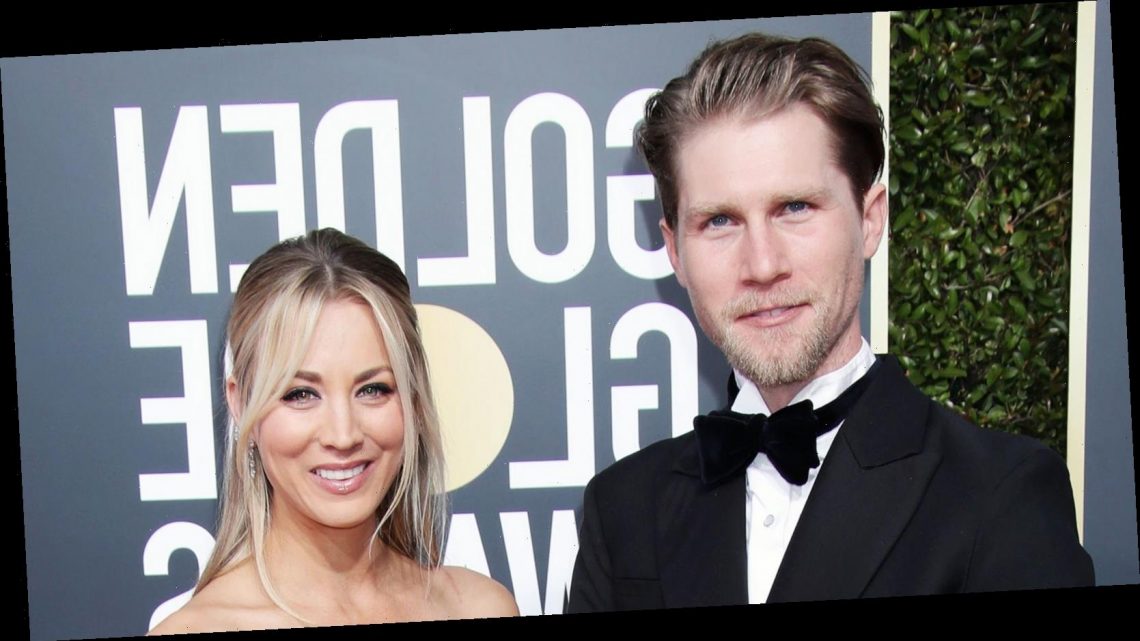 Kaley Cuoco was a bit stressed over the weekend. The Big Bang Theory alum headed to a Los Angeles grocery store with her husband, Karl Cook, on Sunday, March 15, and got a little nervous when she saw several empty shelves amid the coronavirus outbreak.

Cuoco, 34, had just returned home to California the previous day after filming in New York for several weeks, and she took to her Instagram Stories to document her unusual shopping trip with Cook, 29. “I am at the grocery store trying to stock up and this guy has zero concern,” Cuoco said as she focused on empty shelves and then angled her phone towards Cook. “I just said, ‘We have to stock up on almond milk,’ and Karl [disagreed].” 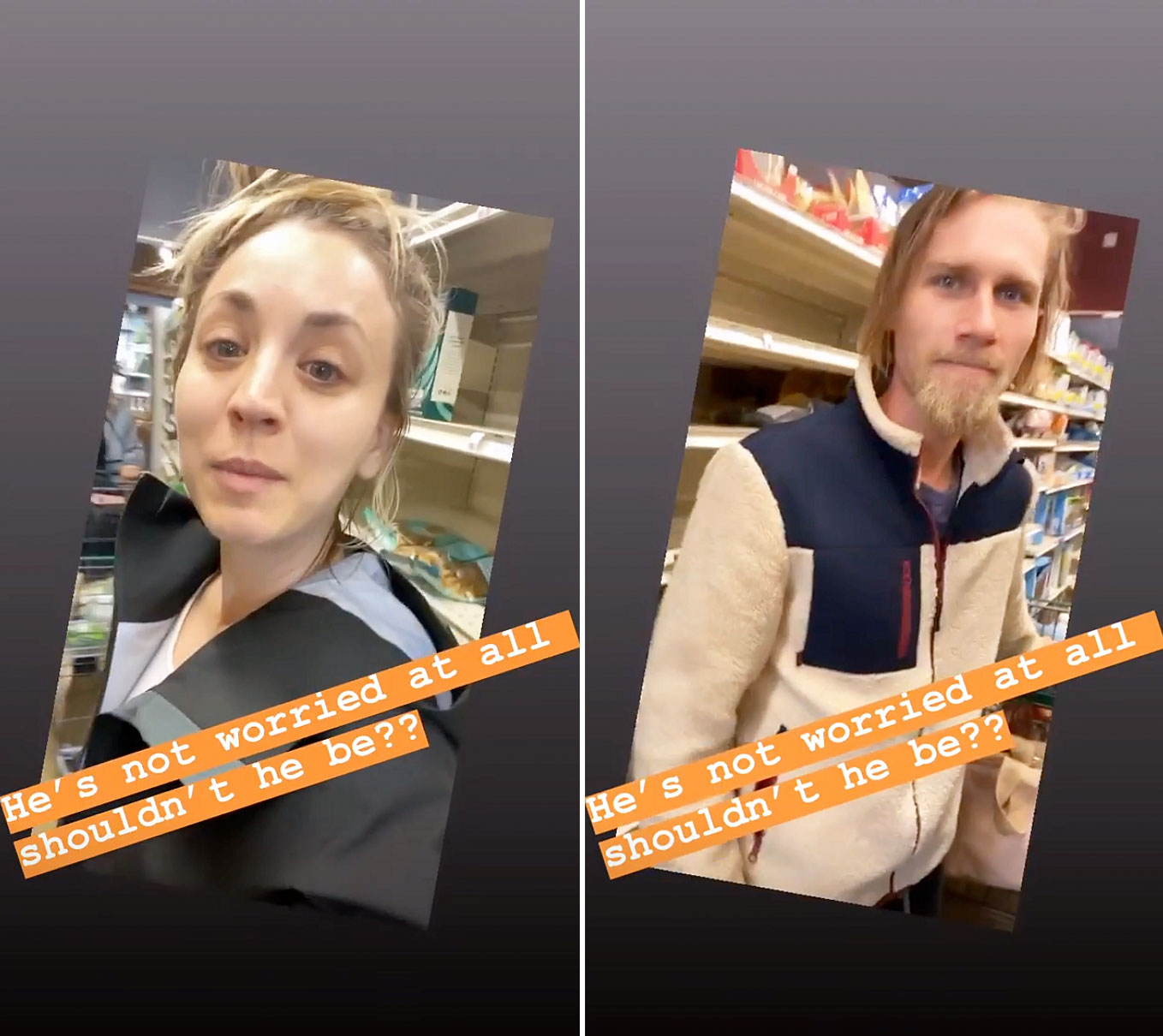 “He’s not worried at all, shouldn’t he be??” she wrote over the video.

As Cook explained, he wasn’t panicked because while some shelves in the grocery store were sparse or bare, others had plenty of food left. “The produce section is totally full, so why the hell do we need to stock up on other things if the produce section is full?” he argued. “It makes no sense.”

As the number of confirmed coronavirus cases continues to rise in the United States and cities across the country have announced mandatory restaurant closures in an effort to slow the spread of the illness, Americans have been “panic shopping” and stocking up on everything from pasta to toilet paper.

Though Cuoco remained relatively calm during her grocery run, it was clear that she was more worried about having enough food in the house than her spouse. “I just don’t think you’re concerned enough,” she told the accomplished equestrian.

“I’m not,” he responded in agreement, as he pulled a food item from a nearby shelf and placed it in their cart.

“How?” the 8 Simple Rules alum wondered. “Aren’t you worried about us running out of stuff?”

Cook reiterated his relaxed stance and assured his wife that he was “zero percent worried.”

This grocery outing comes just one day after Cuoco and Cook moved into their new California home — the first one they have shared since tying the knot in June 2018. On Saturday, March 14, the Harley Quinn star showed off portions of the impressive abode on her Instagram Stories.

The house tour included closer looks at plenty of custom furniture made by Stephen Kenn. The L.A.-based designer constructed one-of-a-kind wall art, a mirror, and even dining room chairs for the duo’s new digs — which Cuoco wrote she’s totally “obsessed” with.

Earlier this month, the California native told Us Weekly exclusively how eager she was to take this step with her husband. “I’m actually excited. We’re totally ready, you know,” she told Us while promoting her partnership with Starbucks on March 9. “We do both travel a lot, which I think is very healthy. Our time at home is minimal, which makes us super appreciate it.”

Brits abroad sing 'we've all got the virus, na na na' while herded off beach