Home » Lifestyle » Justin Chambers Finally Addresses His Shocking ‘Grey’s Anatomy’ Exit: I Was ‘In A Bubble’

Justin Chambers Finally Addresses His Shocking ‘Grey’s Anatomy’ Exit: I Was ‘In A Bubble’

In ‘How to Save a Life: The Inside Story of Grey’s Anatomy’, Justin Chambers opens up about leaving the series nearly two years his shocking exit.

For longtime viewers of Grey’s Anatomy, Justin Chambers‘ departure from the series in Jan. 2020 was one of the most heartbreaking over the past 17 seasons. And now, nearly two years after his exit, he’s opening up about why he chose to walk away from the massively successful ABC drama.

In How to Save a Life: The Inside Story of Grey’s Anatomy, which is set to be released on Sept. 21, author Lynette Rice shares behind-the-scenes secrets about the show, including Justin’s exit from the series. And during his interview for the new book, which was obtained by HollywoodLife, Justin said, “You’re in a bubble [on the show]. You wear scrubs every day, you see pretty much the same people every day, in the same four walls, the same studios, you drive the same route to work. For me it [was] sort of a factory job for acting. You just clock in, clock out. Yeah, I guess it is sentimental, but it’s sort of like, ‘Wow, I just can’t believe how fast it’s gone.’” 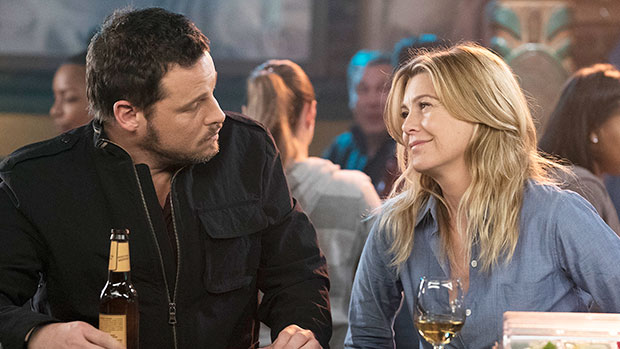 When Justin first announced he was leaving the show in January 2020, fans were caught off guard. And what made matters worse was that Justin’s last episode had already aired two months prior, so viewers didn’t get a proper goodbye. But Justin was tired and he wanted to pursue other career opportunities.

In his initial statement, he said, “There’s no good time to say goodbye to a show and character that’s defined so much of my life for the past fifteen years. For some time now, however, I have hoped to diversify my acting roles and career choices. And, as I turn fifty and am blessed with my remarkable, supportive wife and five wonderful children, now is that time. As I move on from Grey’s Anatomy, I want to thank the ABC family, Shonda Rhimes, original cast members Ellen Pompeo, Chandra Wilson, and James Pickens, and the rest of the amazing cast and crew, both past and present. And, of course, the fans, for an extraordinary ride.”

Then, in an episode that aired in March 2020 — two months after Justin’s announcement — it was revealed that Alex Karev left Seattle to reunite with Izzie (Katherine Heigl) and their twins.