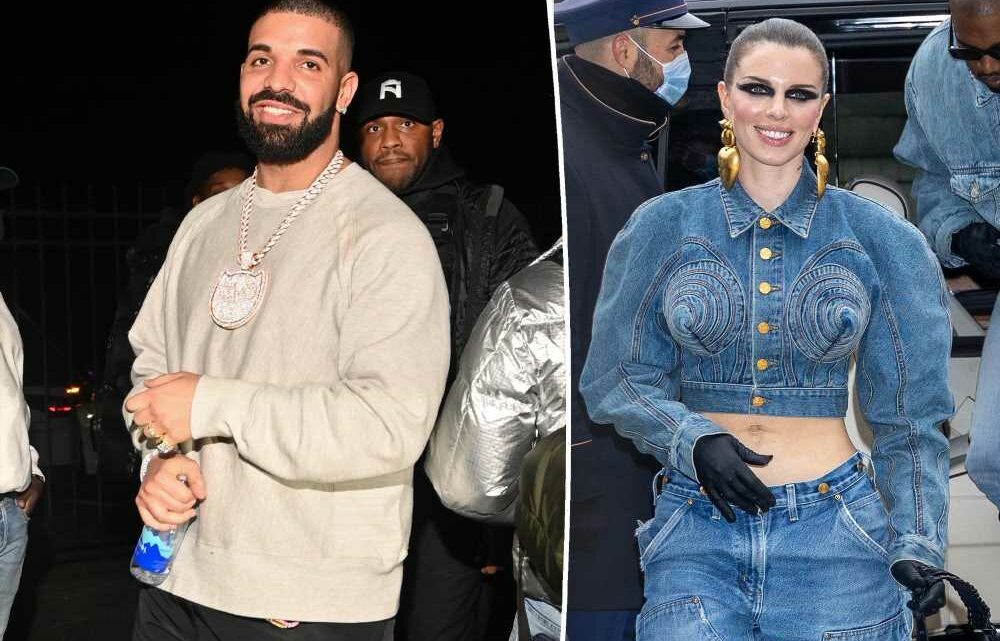 Julia Fox is in the middle of one of hip-hop’s bitterest beefs.

The actress had a hot-and-heavy secret romance with Drake a year before she started dating his onetime archnemesis Kanye West, Page Six has exclusively learned.

Sources say Fox, 31, has told West, 44, about her “Hotline Fling” with his rival Drake — who showered her with gifts including two Birkin bags — and that Ye is not thrilled about it.

We’re told the “Marvin’s Room” rapper, 35, first reached out to Fox via an Instagram DM to compliment her on her role in the 2019 Adam Sandler drama, “Uncut Gems.”

But after Fox’s relationship with her longtime partner, Peter Artemiev, crumbled later that year, insiders say she got back in touch with Drake on the social media app.

Insiders say they met up in New York soon after in February 2020, and the Toronto-born performer took Fox and a pal to the Bowery Hotel for drinks.

We’re told Drake then showed up to Bloomingdale’s — where Fox was doing a promotional gig — the next day to visit her at work.

“They closed down the store so he could visit,” said a source.

The smitten pair continued their whirlwind romance when Fox flew to Los Angeles a few days after Valentine’s Day, where Drake gave her two of the famed Birkin bags, which cost from $20,000 up to $500,000.

“Then she went to [his hometown] Toronto to stay with him,” said the insider. 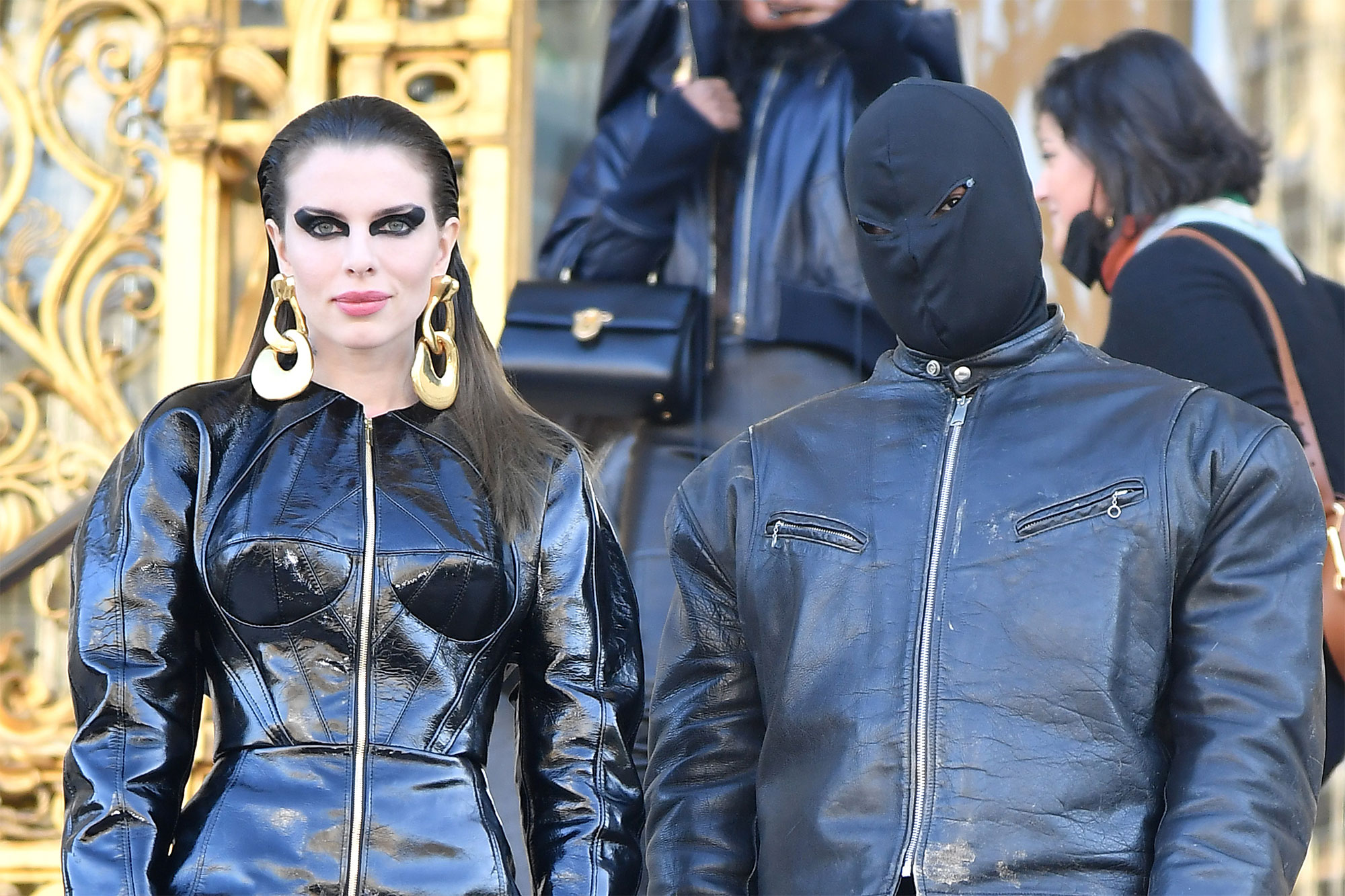 We’re told Fox stayed at Drake’s vast 50,000-square-foot mansion, but her trip was cut short by the outbreak of the COVID-19 pandemic.

“They were closing the border [between Canada and the US], and she had to get back home,” said a source.

Fox later rekindled her relationship with pilot Artemiev, with whom she has a 1-year-old son, drawing a veil over her rapper romance.

Of course, Fox — who has since split with her baby daddy once again — famously started dating West after they met in Miami this New Year’s Eve.

It’s his first public relationship since Kim Kardashian filed for a divorce to end their eight-year marriage. He and Fox were this week seen in Paris in matching outfits for the haute couture shows.

While West was once an idol of Drake’s, the pair have had an increasingly tense relationship since 2011, when the Canadian star said publicly that he believed himself to be a competitor for West’s spot at the top of rap’s hierarchy.

He told music outlet the Source at the time, “My goal is to surpass everything he’s accomplished.”

The feud became more heated when rapper Pusha T released a track on an album produced by West that revealed Drake has a son and alleged he was a “deadbeat” dad.

Drake has since acknowledged the existence of the child, whose name is Adonis, but denies that he’s a “deadbeat.”

Drake later claimed it was West who told Pusha that Drake had a son, which West has denied.

They fought for hip-hop supremacy at the end of 2021 when West released “Donda,” which premiered with 313,000 album sales. Then a week later, Drake’s “Certified Lover Boy” became the top-debuting album of the year with 595,300 album units.

But the once-warring pair seemed to have buried the hatchet more recently and performed together at the “Free Larry Hoover” benefit concert on Dec. 9 at the Los Angeles Memorial Coliseum.

From Status Quo to Boris Johnson, we take a look at the best star cameos on the soaps
World News