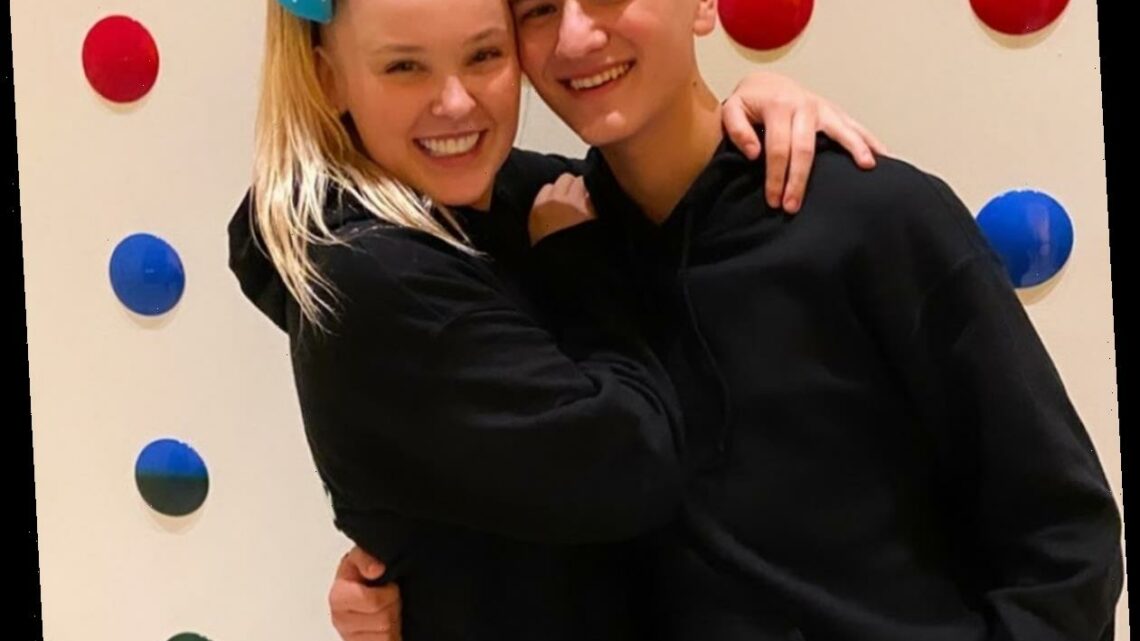 JoJo Siwa & Mark Bontempo Broke Up & The Announcement Is So Mature

Bad news, Siwanatorz: After more than six months of dating, JoJo Siwa and Mark Bontempo broke up, and I’m pretty broken up about it. After a fan slid into Siwa’s comments section to criticize Bontempo, the Dance Moms alum clapped back, confirming their split at the same time. "You have NO idea about Mark and I’s relationship," she wrote in a comment captured by @TikTokRoom. "How much fun it was. How happy we both were, and how happy we both are. We decided it’s best for us to not be in a relationship… that’s all. Still friends, I still have his back and he has mine… He is not toxic. We’re teenagers. And our relationship didn’t work out right now. He did nothing. I did nothing. Just better being friends. Relax." Hold the drama, y’all.

Bontempo’s sister, YouTuber Madison Bontempo, confirmed the breakup a few days earlier in a Nov. 15 video. "It wasn’t a bad breakup. They’re actually really good friends. They’re just in different parts of life right now," she said. According to the YouTuber, living a half hour away from each other put a strain on the relationship, but the exes still "text every second," so it seems there’s no bad blood.

Though Siwa first started dating fellow musician Bontempo in early May, it was a while before Siwa revealed her BF’s identity to fans. During a June 2020 interview with Seventeen, the singer said it would be up to her mystery boy when they went public with their relationship. "Honestly he’s a dream. Really, truly unreal and I’m so happy," she said, adding, "It’s really up to him [if we want to go public]. I’m really in the public light and the thing is is like, I don’t care. That’s a side of my life that I can keep public or I can keep private."

Less than two months later, Siwa and Bontempo finally made their couple debut on National Girlfriend Day in a TikTok posted by Siwa, which showed the two switching outfits while lip-syncing to "Famous (I’m the One)" by Mozzy and IAMSU! In September, the couple became IG official after Bontempo posted an pic of him and Siwa together at Sugar Factory with the caption, "This girl 💛." Aww.

Bontempo’s sister seemed to think the two might get back together eventually, but I’m just glad they appear to be on good terms.