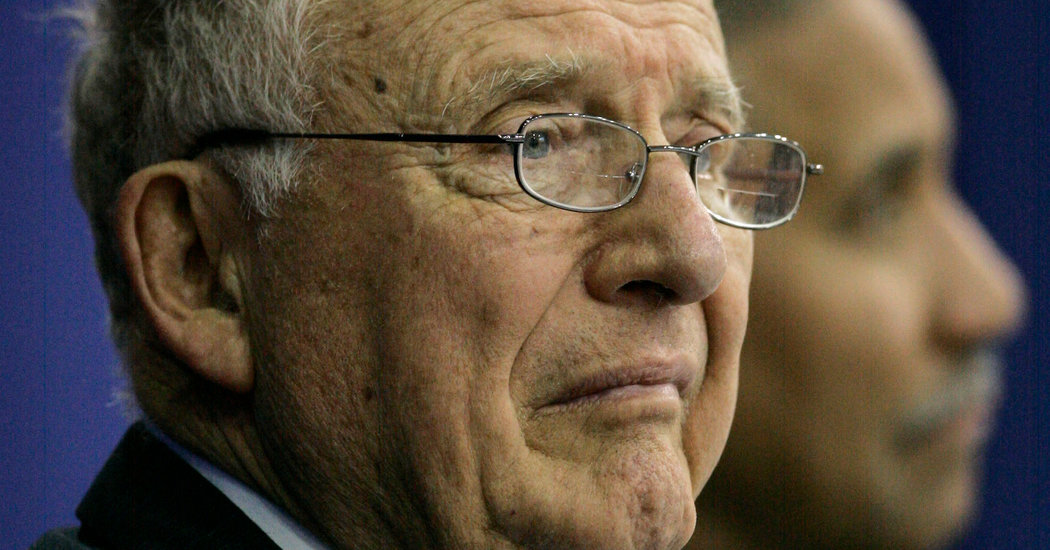 John O. Marsh Jr., a former conservative Democratic congressman from Virginia who worked as a White House adviser to three Republican presidents and became the nation’s longest-serving secretary of the Army in the 1980s, died on Monday in Raphine, Va. He was 92.

Mr. Marsh had a stroke two weeks ago and died of complications of congestive heart failure at an assisted living facility, where he had lived in recent years, his son Scot said.

Folksy and self-effacing, Mr. Marsh liked to call himself a plain lawyer from Virginia’s Shenandoah apple country. But to many who knew him as Richard M. Nixon’s assistant defense secretary for legislative affairs, Gerald R. Ford’s counsel with cabinet rank and Ronald Reagan’s Army secretary and special operations adviser, he was a master of military and political affairs.

In the Washington game of musical chairs, Mr. Marsh’s titles and duties shifted in the 1960s and ′70s as he moved closer to the centers of power and reached the White House, where Republican patrons enlisted his expertise and counted on his discretion. There was always more to Mr. Marsh than seemed apparent.

He was elected to four terms in the House of Representatives (1963-71) as a Democrat. He was also a protégé of Senator Harry F. Byrd, an ardent segregationist whose Democratic machine had dominated Virginia’s conservative politics for decades. Like the senator, Mr. Marsh had a voting record, which included opposing aid to education and medical care for the aged financed by Social Security, so far to the right that the liberal Americans for Democratic Action rated him zero. 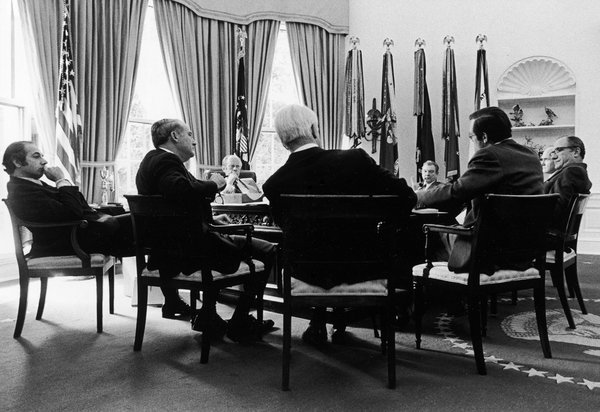 Straight out of high school, Mr. Marsh enlisted in the Army during the last year of World War II, and after graduating from Officer Candidate School he served as a lieutenant with American occupation forces in postwar Germany. He later, trained as a paratrooper in the Army National Guard, and in 1966 he volunteered for a month of active duty as a combat infantry officer in the Vietnam War, without telling fellow soldiers that he was a congressman.

Later in 1974, after Nixon resigned in the Watergate scandal and Ford became president, Mr. Marsh was one of his four senior aides who guided a wobbly White House in transition to a new administration — one without secret tape recorders in the Oval Office or low morale in the West Wing.

During the 895-day Ford presidency, Mr. Marsh, as counsel to the president, emerged with major authority over the reorganized White House staff.

In 1976, he was assigned by President Ford to devise the most sweeping reforms and reorganization of the nation’s intelligence services since 1947. The changes were a major accomplishment of the Ford administration, consolidating the management, budgets and oversight of the government’s sprawling intelligence community and its covert operations. The reforms followed revelations of widespread intelligence abuses during the Nixon years, including plots to target American citizens for surveillance and even to assassinate foreign leaders.

After Reagan won the Republican presidential nomination at the party’s convention in Detroit in 1980, he briefly considered Ford as his running mate. Mr. Marsh joined Secretary of State Henry A. Kissinger and two other Ford emissaries in late-night talks with Reagan aides to craft a “dream ticket.” But the Reagan camp rejected a deal that would have given Ford veto power over some major presidential appointments and other constitutionally questionable powers.

“Mr. Ford’s representatives put forth conditions that would have given Mr. Ford operational control of the executive branch of government,” The New York Times reported.

Ford withdrew his overtures for the vice presidency, and Reagan named the former C.I.A. director George H. W. Bush as his running mate on what became the winning ticket. Soon after his inauguration, Reagan named Mr. Marsh secretary of the Army.

Mr. Marsh remained in that post through the Reagan years and well into the succeeding presidency of George Bush. He helped raise Army budgets by 30 percent and added more than 14,000 women to the ranks. But he rarely spoke on public issues and was not an innovator of military programs.

“Jack Marsh is a self-effacing and loyal man who feels very strongly about the Army,” Gen. John A. Wickham Jr., the Army’s chief of staff from 1983 to 1987, told The Times. “Being the No. 1 is a pretty lonely business. There’s no one to share your convictions with.”

After eight years, six months and 15 days as Army secretary, Mr. Marsh stepped down on Aug. 14, 1989. He had shattered a record set in an equivalent post by Thomas Jefferson’s secretary of war, Henry Dearborn, who served from 1801 to 1809. Defense Secretary Dick Cheney awarded Mr. Marsh the Medal for Distinguished Public Service, the Defense Department’s highest civilian honor.

John Otho Marsh Jr. was born in Winchester, Va., on Aug. 7, 1926, the only child of John and Nell (Wayland) Marsh. He attended public schools in Harrisonburg, Va. After graduating from high school in 1944, he enlisted in the wartime Army as a private, but was accepted for Officers Candidate School, commissioned as a second lieutenant at 19 and assigned to American occupation forces in Germany for two years.

A memorial to those who lost their lives in 2018

In 1950, Mr. Marsh married Glenn Ann Patterson. They had three children. Mrs. Marsh died in 2015. Besides his son Scot, he is survived by another son, John (known as Rob); a daughter, Rebecca Whitener; and seven grandchildren.

While in the Army Reserve, Mr. Marsh studied at Washington and Lee University, earning a law degree in 1951. He then joined the Army National Guard and served short annual active duty tours for many years. He graduated from the Army’s Airborne School at Fort Benning, Ga., in 1964, and two years later quietly volunteered for a month of duty in Vietnam. He retired in 1976 with the rank of lieutenant colonel.

Admitted to the Virginia bar in 1952, he practiced law in Strasburg, Va., and was a local judge, town attorney and school-board official. In 1959 he was named the outstanding young man in Virginia by the Junior Chamber of Commerce.

His record caught the eye of Senator Byrd, who endorsed Mr. Marsh’s 1962 Democratic run for the state’s Seventh Congressional District seat, covering portions of central Virginia. The district was the heartland of the Byrd machine, and Mr. Marsh was re-elected three times.

But old conservative allegiances in the South were shifting from Democrats to Republicans, and in 1970, four years after Senator Byrd’s death, Virginia Republicans were ascendant and Mr. Marsh chose not to run again. He did not switch to the Republican Party until about 1980, but had no reservations about working with Republicans in Congress or the White House.

After retiring as Army secretary, Mr. Marsh undertook a special assignment working for Mr. Cheney to streamline the Pentagon’s management of defense procurements. From 1989 to 1994, he was chairman of the Reserve Forces Policy Board, an advisory panel on National Guard and Army Reserve forces.

Mr. Marsh returned to law practice in Virginia in the 1990s and was later chairman and chief executive of the pharmaceutical company Novavax. He also taught at the Virginia Military Institute, the College of William & Mary and George Mason University.

For many years he lived in Winchester, Va., his birthplace, but since 2014 he had resided at the Blue Ridge Christian Home in Raphine.

An earlier version of this obituary misspelled the name of the town in Virginia where Mr. Marsh lived. It is Raphine, not Racine.