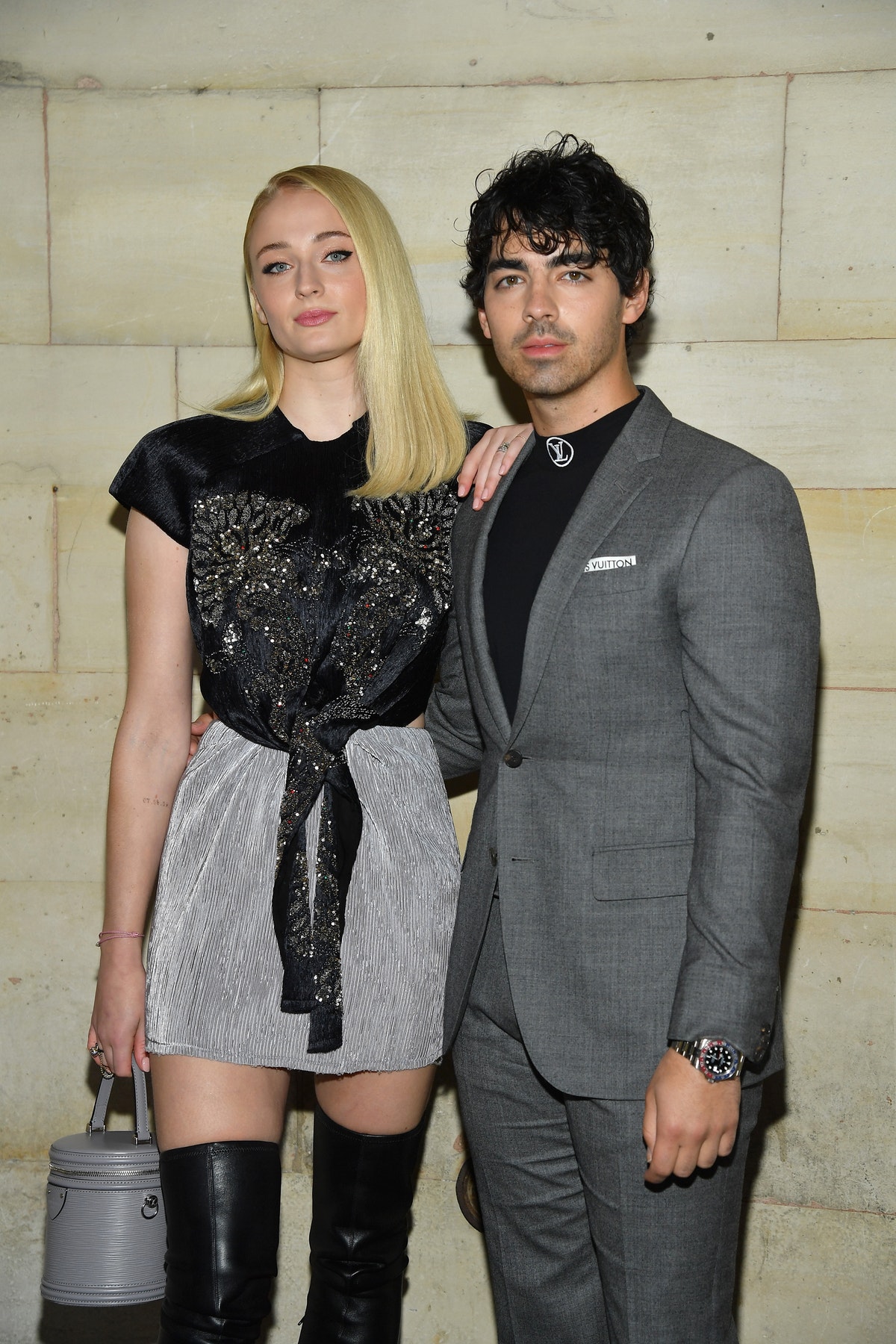 Nick Jonas and Priyanka Chopra officially got married this weekend on Saturday (Dec.1) in Jodhpur, Rajasthan, with the whole Jonas family in tow. But it turns out, Jonas might not be the only one in the family with an incredible destination wedding. Joe Jonas and Sophie Turner’s wedding location and date may have been revealed as well. As reported by Us Weekly and other outlets, last month, life coach Mike Bayer revealed in a now-deleted Instagram story what may be the official wedding invitation to the couple’s 2019 nuptials. Reportedly, the invitation read "Sophie and Joe 2019 France." A source reportedly confirmed to Us Weekly that the couple will be traveling to Europe for their nuptials next year.

Unfortunately, there aren’t any more details out there yet, and the couple hasn’t officially confirmed the news. But, if it’s true, then Jonas and Turner have chosen one of the most romantic countries in the world for their big day. Basically, it sounds like Jonas Brothers (and Game of Thrones fans) have another fairy tale wedding to look forward to in the new year.

Back in June, Evening Standard asked Jonas if the couple was in any hurry to get married. He responded saying they were going to focus on enjoying their time together. "We’ve been trying to take some time off while running around Europe," explained the DNCE frontman. It’s been over a year since they announced their engagement, but it makes sense that they’d want to wait a bit longer till they can have their dream wedding.

The couple have been together since 2016, and the beginning of their relationship was as adorable as you can imagine. Shortly after announcing their engagement, their friend Hailee Steinfeld divulged that she actually played a big role in bringing them together. According to the singer-actor, Turner had a crush on Jonas, and she asked Steinfeld whether he’d be a good fit for her. "I will say I did get that text from Sophie saying, ‘So tell me about Joe?’ and I was like: ‘Go for it!,’" said the Pitch Perfect actor during an appearance on Australian radio.

Luckily, Steinfeld’s sweet encouragement paid off, and the couple has been inseparable since. Turner and Jonas seemingly have a picture-perfect romance, but in a 2017 interview with Marie Claire, Turner revealed the challenges that come with being in a high-profile relationship. "You do feel like you’re living in a fishbowl… It’s frustrating [that] it’s the most mundane things that make the news – how boring! There are really no other headlines?" shared the Game of Thrones star.

Despite not having the experience of being a normal couple who isn’t in the public eye, they’ve proven to have one of the sweetest relationships in Hollywood. And if they really are planning to exchange their vows in France next year, it’s going to be hard for fans not get excited about the news. Hopefully, Jonas and Turner will share details about their upcoming nuptials soon, but in the meantime, it’s nice to know there’s another Jonas brother wedding to look forward to in 2019.