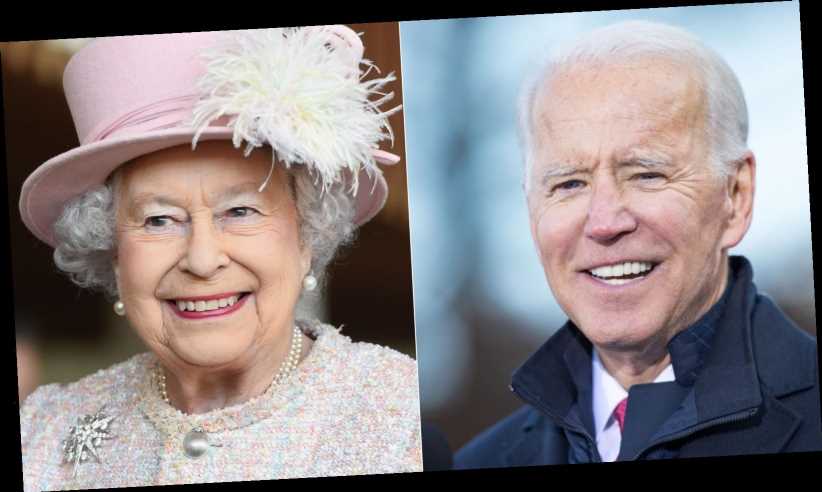 Like many people, Queen Elizabeth was pleased when Joe Biden won the 2020 election and became president-elect of the United States. The British monarch actually reached out to the incumbent commander-in-chief prior to him being sworn in, on January 20, with The Sunday Times’ royal correspondent Roya Nikkhah confirming as such on Twitter (though she wouldn’t be drawn on details). Harper’s Bazaar advised the same, citing a spokesperson for Buckingham Palace.

The Bidens are close with Prince Harry, with the president-elect even joking to The Guardian he was worried after his wife was photographed with the royal, on several occasions, by the U.K. tabloid press. Biden is the 14th president to take office during Queen Elizabeth’s reign. The Queen has met every U.S. president aside from Lyndon B. Johnson — she met Harry S. Truman as a princess, too, as People notes — so her note was clearly signaling the beginning of a beautiful friendship.

Joe Biden will visit the Queen ahead of the G7 summit

Last month, Express suggested the Queen might not be welcoming the Bidens to the U.K. until 2022 since the ongoing COVID-19 pandemic has disproportionately affected both her home country and the U.S. Typically, the ruling royal will meet the President and First Lady within the first 12 months of their tenure, with Donald Trump memorably meeting the Queen during a state visit in 2018 — and breaching protocol by walking in front of her in the process.

The G7 meeting is due to take place in Cornwall later this year, so Biden could travel to London to meet Queen Elizabeth then, if there’s time in his schedule. According to the Sunday Times, that is indeed the plan. The President will reportedly be hosted at Buckingham Palace in June, when he’ll be taking part in a “soft power” reception. Prince Charles, the Duchess of Cornwall, and the Duke and Duchess of Cambridge are all scheduled to attend.

The relationship between the U.K. and U.S. is hugely important

As a royal source told The Times, “There is a desire from the Foreign, Commonwealth and Development Office to have a very strong royal presence before G7 events, and all senior members of the royal family will be part of what happens.”  Plans are reportedly “being drawn up by royal and government officials to cement the ‘special relationship’ between the UK and America.” The visit hasn’t been confirmed by either side just yet, however.

The Queen has been working from home, in Windsor Castle, the past few months due to the pandemic but she and Prince Philip recently received the vaccine so hosting the Bidens in a few months shouldn’t be an issue, though it will mark her first “major diplomatic engagement” in person. Royal aides noted Prince Charles is delighted with Biden’s progress thus far, and has even written to congratulate him, so the visit is sure to be a friendly one.