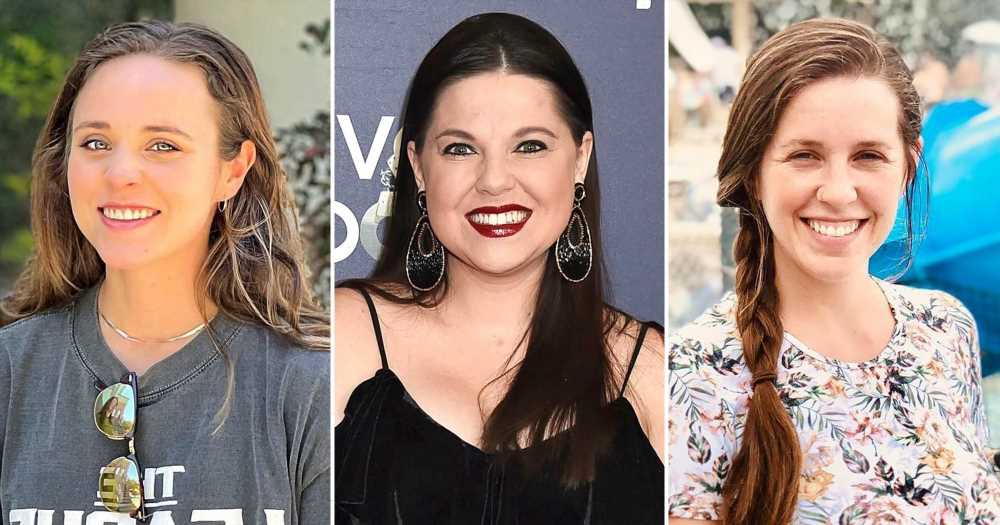 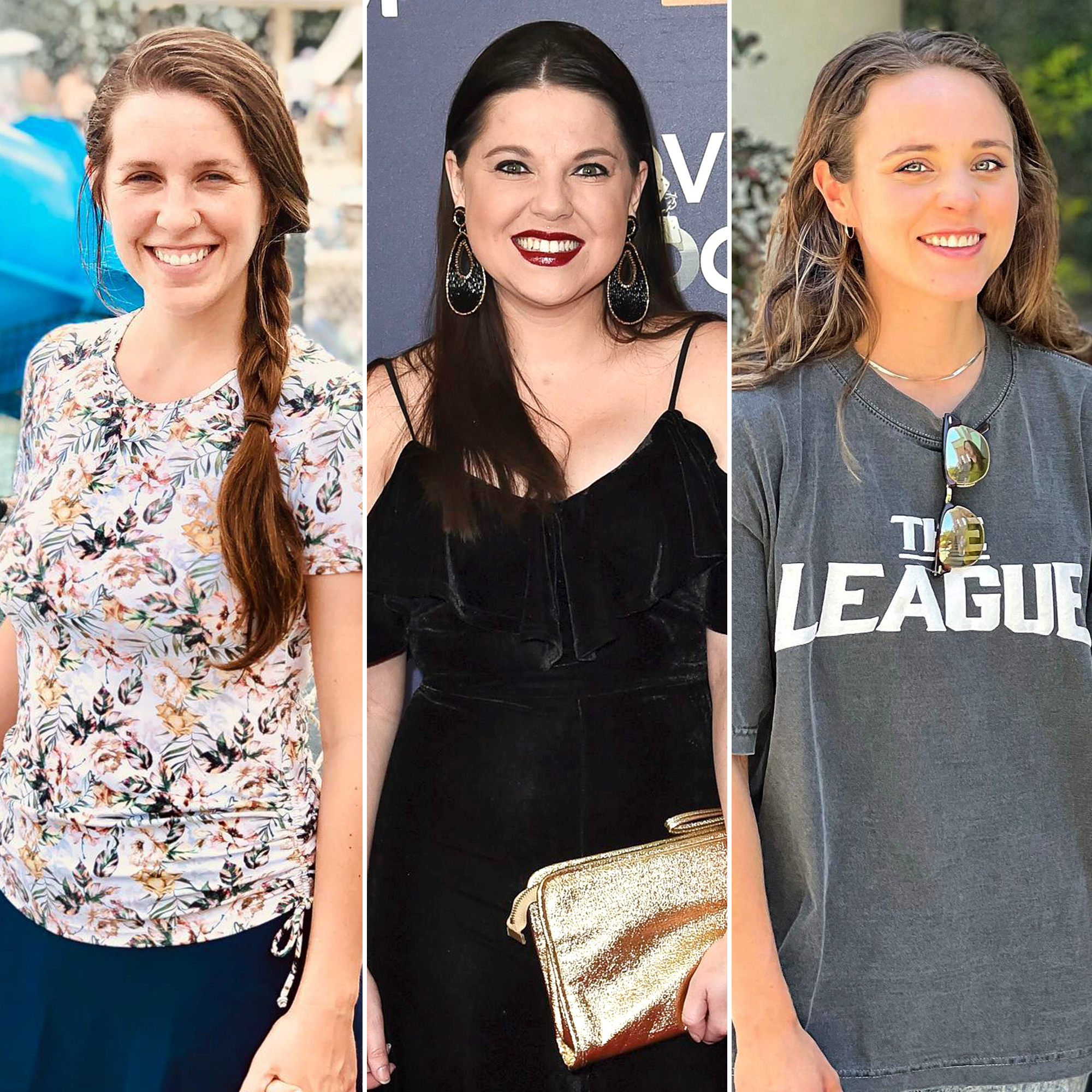 Standing by her. Jill Duggar and cousin Amy Duggar showered Jinger Duggar with praise as she prepares to release her new book, Becoming Free Indeed.

Jill Duggar’s ‘Distancing’ From Her Family Explained: Timeline of the Drama

Jinger, 29, celebrated her upcoming achievement via Instagram on Wednesday, January 18, sharing a photo from a recent interview about the project. Jill, 31, and Amy, 36, were quick to chime in with supportive comments.

“SO PROUD OF YOU! FREEDOM LOOKS BEAUTIFUL ON YOU!🥰,” Amy gushed.

Meanwhile, Jill raved over her “gorgeous” little sister and sent a shout-out to Jinger’s husband, Jeremy Vuolo. “Proud of you (and Jer as I’m sure you continue to support each other) as you have processed so much I’m sure and yet continued to cling to each other and Jesus!” Jill wrote in the comments section. “Walking ‘the straight and narrow’ as God leads you is harder than walking completely one way or another!”

She added: “Love you! 💞 Praying continued peace and strength for y’all!”

Jill and Jinger rose to reality TV stardom on their family’s TLC series 19 Kids and Counting, which premiered in 2008. Amy — who is the niece of Jim Bob and Michelle Duggar — often made guest appearances on the show through the years.

After 10 seasons, 19 Kids and Counting was canceled in 2015 amid allegations that Jill and Jinger’s brother Josh Duggar molested several underage girls years prior. It was later revealed that Jill was one of Josh’s victims, along with three of her sisters. (Josh, 34, issued an apology at the time and is currently in prison for 2021 child pornography charges.)

The Duggars returned to TLC with the spinoff Counting On, which initially focused on Jill, Jinger, Jessa Duggar and Joy-Anna Duggar. Jill and her husband, Derick Dillard, left the series in 2017. (Counting On was officially canceled in 2021 amid Josh’s legal drama.) 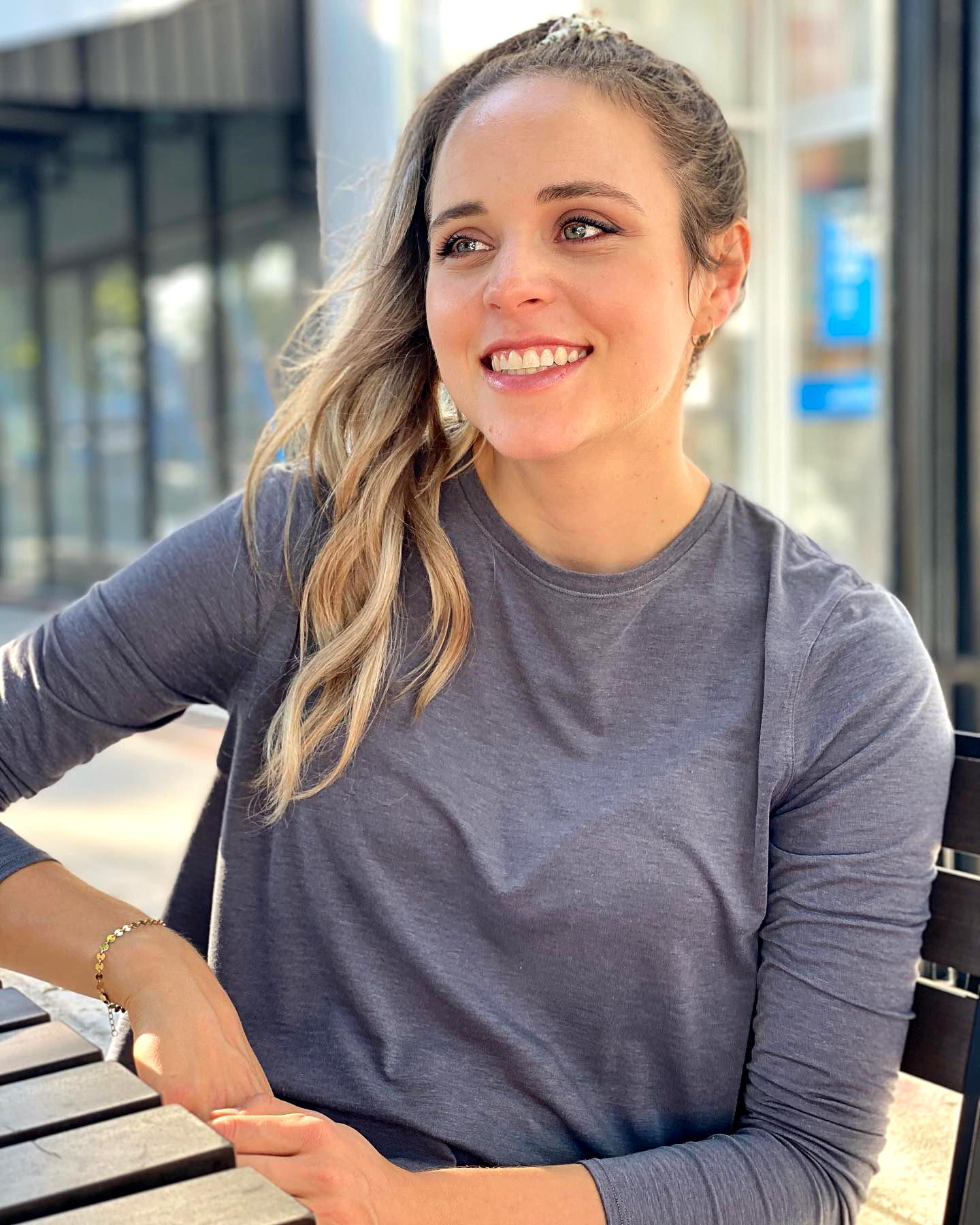 Since leaving reality TV behind, the Arkansas native has been outspoken about where she stands with the rest of her family. In February 2021, Jill exclusively told Us Weekly that “issues” with her relatives prompted her exit from Counting On.

“Certain people are more supportive than others,” she confessed at the time. “I think it ebbs and flows with a family of that size. Every family has drama and so when you’ve got that many more people giving opinions or whatever, it can get crazy.”

Duggar Family’s Courtship Beginnings: Jim Bob and Michelle and Beyond

Jinger, for her part, spoke candidly about her childhood, courtship and marriage to Vuolo, 35, in the pair’s joint memoir, The Hope We Hold. The TLC alum reflected on her family’s highs and lows in the spotlight in the 2021 book, recalling Josh’s “sinful” 2015 controversy.

“Walking through that season, it was one of the hardest times of our lives,” Jinger exclusively told Us of the scandal in April 2021. “Our family was way closer because of that, and in spite of that, I guess you’d say.”

“Twelve and a half years isn’t enough,” Amy argued in a May 2022 statement following her cousin’s sentencing. “But I hope that every single second he’s there feels like an eternity.”

If you or anyone you know has been sexually abused, call the National Sexual Assault Hotline at 1-800-656-HOPE (4673). A trained staff member will provide confidential, judgment-free support as well as local resources to assist in healing, recovering and more.

Is Caleb in Emmerdale not really a Dingle as two clues reveal big twist?