Next chapter! Jennifer Aniston is putting herself back on the market — but it wasn’t the easiest decision.

Everything Jen Aniston and Brad Pitt Have Said About Their Relationship, Divorce

The 52-year-old Friends alum admitted during the Monday, September 27, episode of SiriusXM’s “Lunch with Bruce” podcast that “there hasn’t been time” for her to date much, especially amid the ongoing coronavirus pandemic.

“No one of importance has hit my radar yet,” Aniston explained. “But I think it’s time. I think I’m ready to share myself with another [person]. I didn’t want to for a long time. I loved really being my own woman without being a part of a couple. I’ve been a part of a couple since I was 20, so there was something really nice about taking the time.” 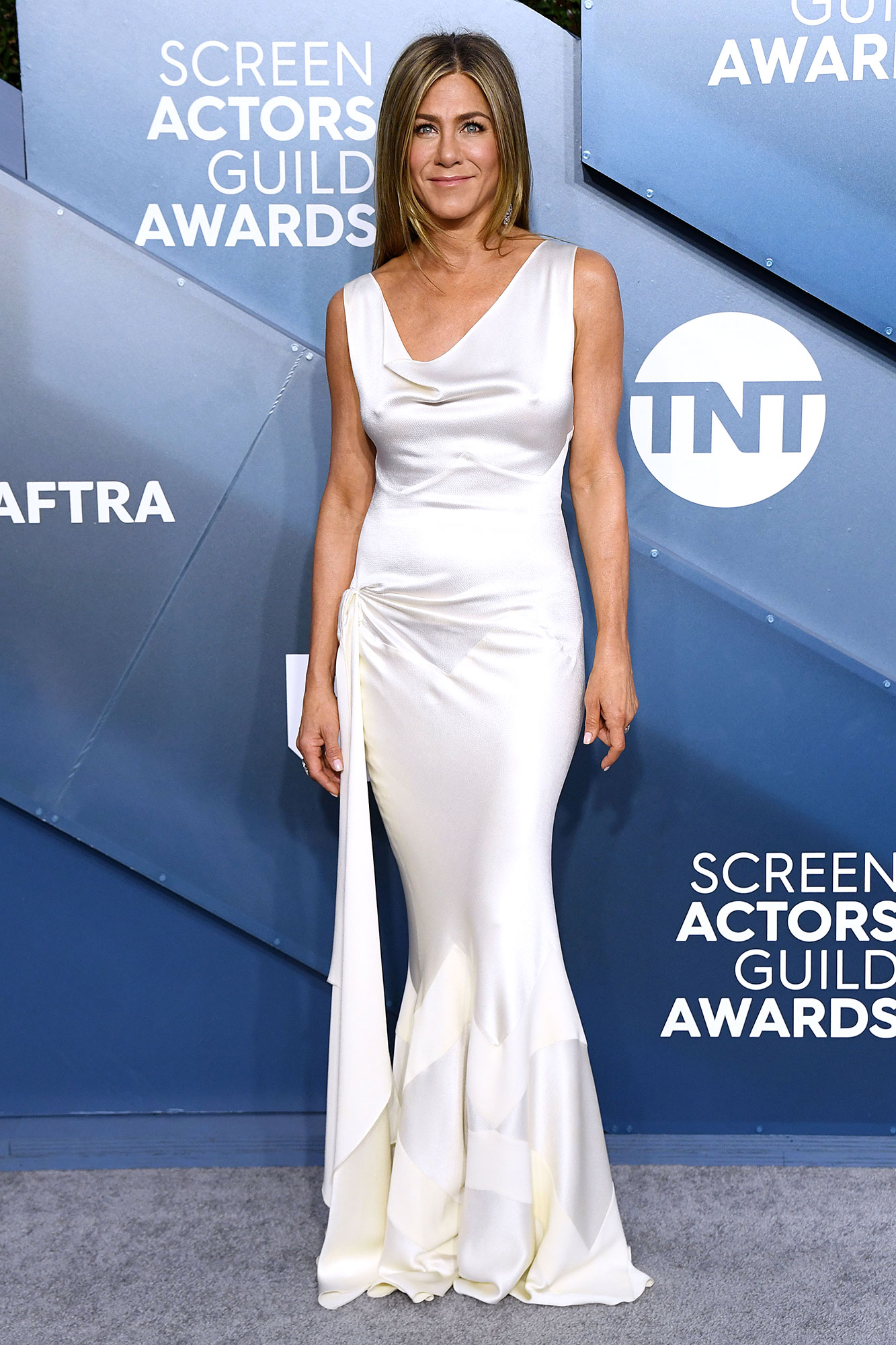 When the time comes, the Morning Show star wants to find love the old-fashioned way. “No Tinders and no Rayas, please. I’m an old-school girl,” she joked as host Bruce Bozzi offered to set her up on a date.

“People don’t come up to people anymore,” the Emmy winner continued, noting that having strong “chemistry” is the key factor in any relationship. “[A first kiss] is pretty important. That, and also the ease at which the conversation flows the first time. That’s kind of a good indicator. Confidence, but not a cockiness. Humor, please, I beg of you. … [Be] generous [and] kind to people.”

The Just Go With It star teased that she only had “a few necessities” when looking for her perfect match, listing a healthy lifestyle as one of them.

“Fitness is important and not just about, like, how you look,” she explained. “I want to be around here for a long time and not be in a wheelchair when I’m 80.” 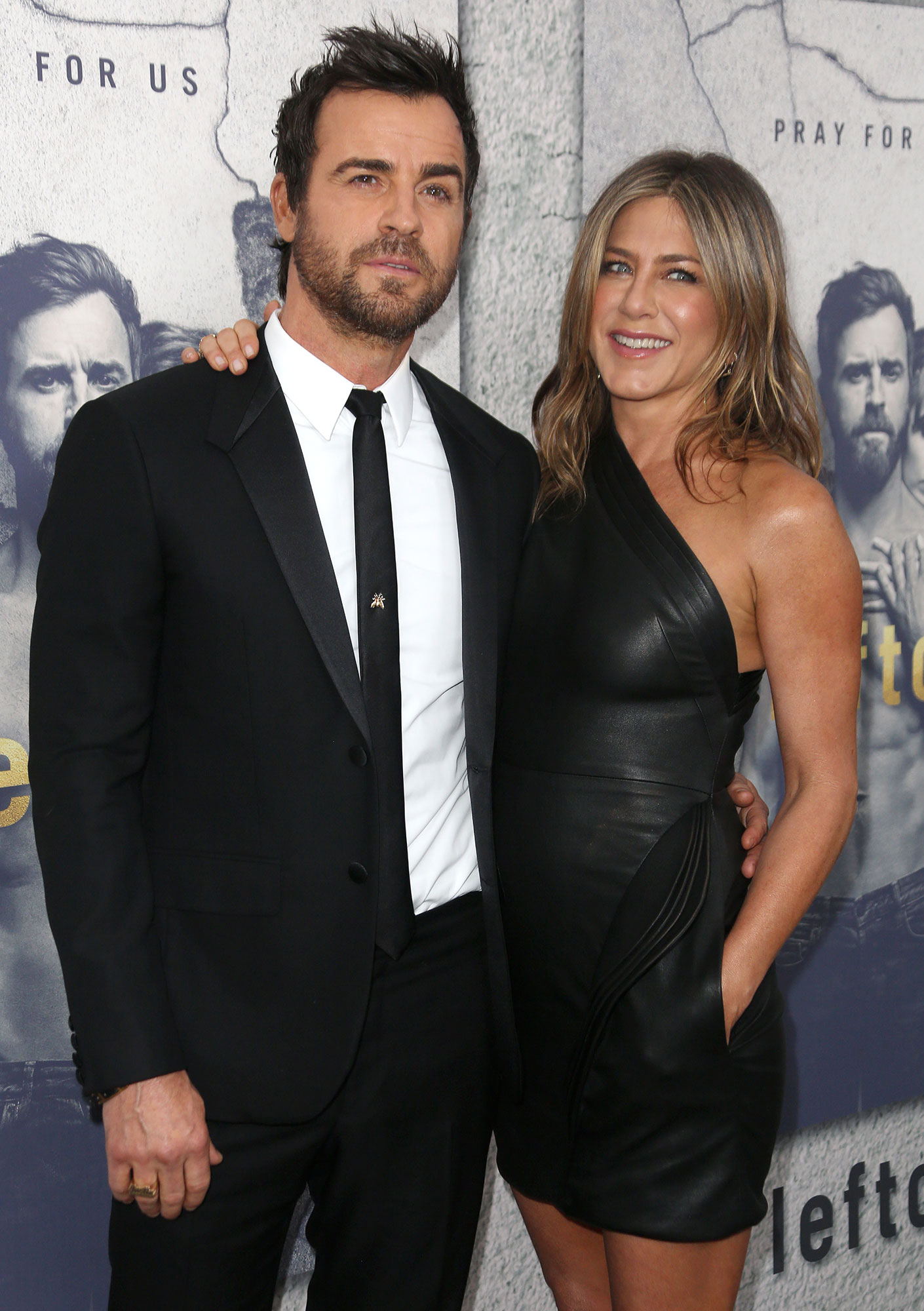 The Golden Globe winner and the Fight Club actor had fans rooting for them to reunite in early 2020 after photos of them backstage at the SAG Awards went viral. However, an insider told Us Weekly at the time that there was “nothing romantic going on” between the exes.

“They actually think it’s hysterical that fans are so obsessed with them getting back together,” the source added in February 2020.

One year later, Aniston said she doesn’t think it’s strange to be “buddies” with the Moneyball star. “There’s no oddness at all, except for everyone that probably watched it and was wanting there to be, or assumed there to be,” she told Howard Stern in June.

The Dumplin‘ star is also on good terms with her second ex-husband, Justin Theroux, from whom she split in 2018 after nearly three years of marriage.

“It’s pretty crazy. The misconceptions are ‘Jen can’t keep a man,’ and ‘Jen refuses to have a baby because she’s selfish and committed to her career,’” the Marley & Me actress told InStyle in August 2018. “Or that I’m sad and heartbroken. First, with all due respect, I’m not heartbroken. And second, those are reckless assumptions. No one knows what’s going on behind closed doors. No one considers how sensitive that might be for my partner and me. They don’t know what I’ve been through medically or emotionally.”