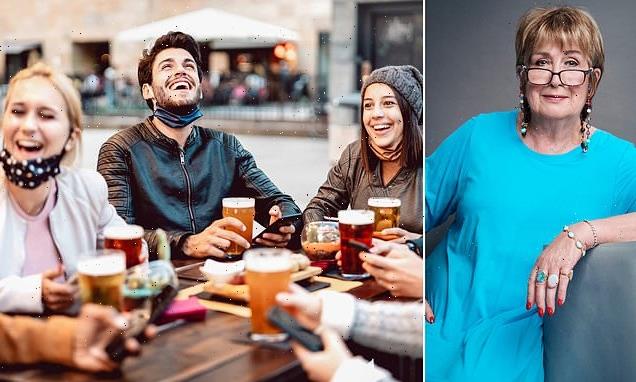 JENNI MURRAY: I've no idea if I broke Covid rules…

JENNI MURRAY: I’ve no idea if I broke Covid rules… I can’t be the only one

Last weekend, my friend Hilary called. How about Sunday lunch in a country pub garden? She would drive, she knew a good place and had managed to get an outdoor booking for two at 12.15pm. A bit early, but every other pub she’d called seemed to be fully booked until August.

The sun was shining, the prospect of getting out of town and not having to cook was overwhelmingly tempting, but I hesitated. Was it allowed? We are very close friends and neighbours but we’re not in a bubble. Would we be breaking the law by spending a couple of hours in close proximity? We weren’t sure, but we did it anyway.

As the Joint Committee on Human Rights, chaired by Harriet Harman, pointed out this week, the coronavirus regulations have changed at least 65 times since March last year, leading to confusion, anxiety and what the committee described as tens of thousands of Covid fines which have been ‘muddled, discriminatory and unfair’.

The committee is demanding a review of the 85,000 fixed penalty notices — anything from £200 for failing to wear a mask to £10,000 for offences relating to organised gatherings. 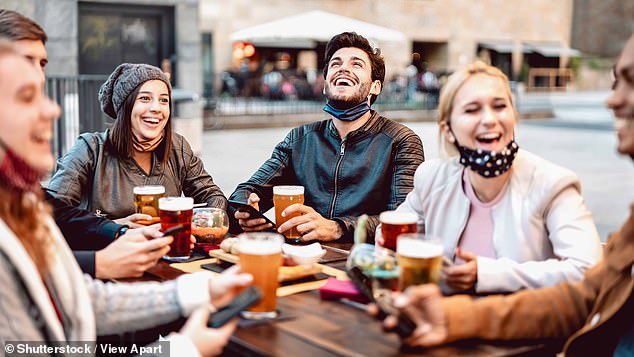 The Joint Committee on Human Rights, chaired by Harriet Harman, pointed out the coronavirus regulations have changed at least 65 times since March last year (stock image)

All very well if you’re a billionaire pop star throwing a party for a load of mates; a very different thing if you’ve met up with a chum more than five miles from home and are accused of having an illegal picnic consisting of nothing more than a couple of takeaway coffees.

Harriet Harman acknowledges that the police have had a difficult job enforcing so many changing rules, and accepts that some were necessary to make restrictions effective. And yes, we needed to protect as many people as possible from the virus. But she is right to demand a review. She believes many penalty notices may have been wrongly issued because of a ‘lack of legal clarity’.

If someone like me, who reads every newspaper and listens to every news bulletin, has spent the past year in a nerve-racked muddle, terrified of being publicly shamed as a lawbreaker, how are people who don’t have time to avidly read the news meant to stay abreast of the shifting ‘stay home and stay safe’ demands we’ve all had to endure?

I’m still in a quandary about travelling from London to the South Coast to be with my husband, older son and his fiancee. I haven’t seen them since October. I’ve missed their birthdays. Am I allowed to drive 200 miles to stay in our home, where we haven’t been able to bubble since before Christmas? If not, when can I? 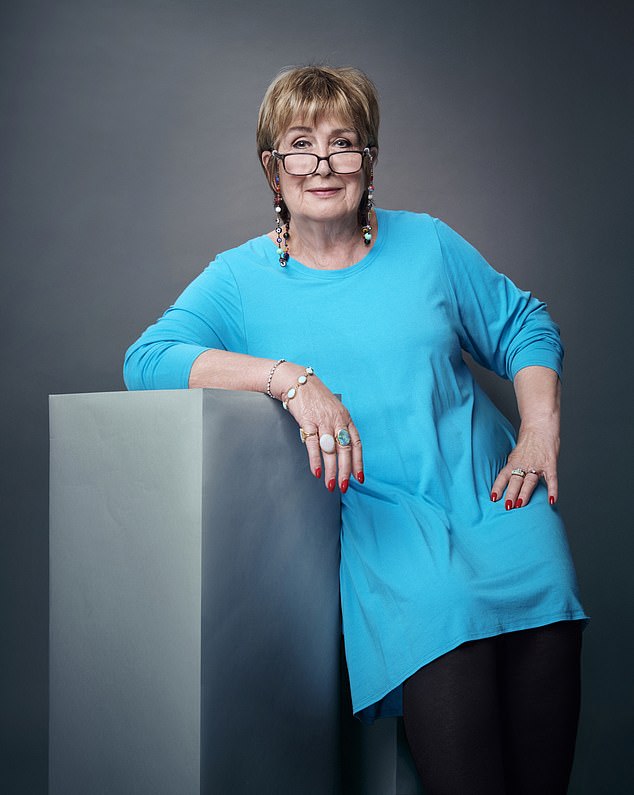 I’m honestly not sure.

I am sure, though, that fear has changed my personality.

I have always enjoyed meeting friends for lunch or dinner, sometimes in a restaurant, sometimes in my house or theirs, but now I’m nervous about doing so. Will it be safe? Will it be legal? Will I have anything to talk to them about, apart from Line Of Duty?

But I have no regrets about my pub lunch on Sunday.

I took precautions. Fully vaccinated with two doses of the Pfizer jab, I decided to order, via the NHS, a Covid 19 rapid antigen test which I could administer myself. It arrived in less than 24 hours and it was as easy to carry out as we’ve been told.

The poking about in the throat and up a nostril is not pleasant, but in half an hour I had evidence I didn’t have the virus.

I put on some make-up, did my hair, wore a nice top and clean trousers. We sat outdoors, put on our masks to go to the loo, the tables were distanced and the spring countryside was glorious.

If we did break the law by sharing a car without wearing masks, I confess, and will take any punishment meted out to me.

Frankly, it was worth it.

Supporters were asked to send a signed digital birthday card to Melania Trump (pictured) in celebration of her 51st birthday, but were then sent to a page asking for a donation of at least 100 dollars

What do you give the woman who has everything in celebration of her 51st birthday?

Melania Trump must have been thrilled to find out that the Republican Party sees her as a cash cow for her husband’s future political career.

Supporters were asked to send a signed digital birthday card. Then they were sent to a page asking for a donation of at least 100 dollars.

The assumption is that, once it’s signed, there will be many happy financial returns.

DON’T BE AN ANTI-VAXXER WITH YOUR PET

We know a lot of puppies were purchased as companions during the pandemic and new owners may well have been shocked at the cost of veterinary treatment. There were 55 suspected cases of the deadly canine disease parvovirus in the first three months of this year, and vets are saying the number is 129 per cent up on the same period last year. If you want a dog, don’t be an anti-vaxxer. Protect them from a terrible virus. It’s your job. 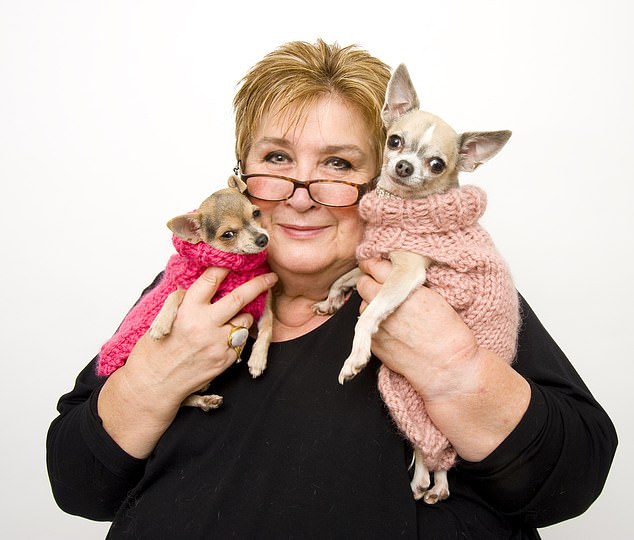 Jenni (who is pictured with her chihuahuas) said that it is a dog owner’s job to get them vaccinated to protect them against the deadly canine disease parvovirus, of which there were 55 suspected cases in the first three months of this year

WOKE BRIGADE SHOULD BACK OFF BETTY

Order! Order! Who on earth hired the woke Challenge Consultancy — at a cost of more than £750,000 — to teach one of the most eminent, clever and well-mannered women of British politics how to behave?

Baroness Boothroyd (right), the only woman Speaker of the House, has failed to attend a compulsory training course called Valuing Everyone, which apparently gives advice on sexual harassment and unconscious bias.

Let’s just look back on Betty’s long life for a moment.

She was born in 1929 into a loving, working-class Yorkshire family and, I suspect, was taught the same values I was: good manners; respect for everyone, regardless of class or colour; work hard; neither a borrower nor a lender be — those were drummed into us as children. Betty needs no training in conscious or unconscious bias. 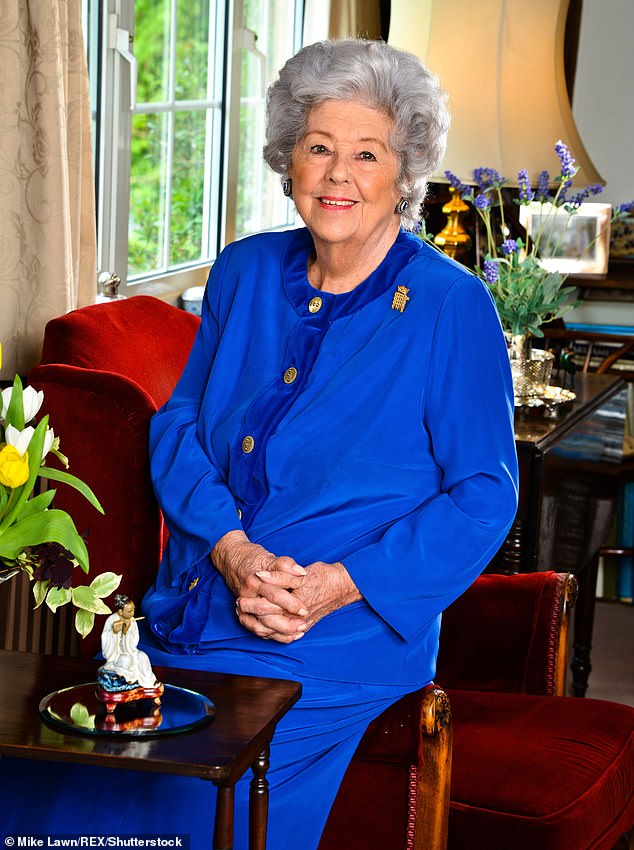 As for sexual harassment, I suspect she could teach young people a thing or two about it, having worked as a dancer with the Tiller Girls. It would be a foolhardy man who tried to get one over on her. The House of Lords Commissioner for Standards, Lucy Scott-Moncrieff, threatening to impose penalties on Betty, should remember that the latter told MPs wondering how to address the first woman Speaker: ‘Call me Madam.’

Then there’s her support for women. In the early 1990s, when Woman’s Hour was under threat, Betty was the first to call and ask what she could do to save us. Questions were asked in the House. We were saved.

She has patiently explained that, at 91, she couldn’t leave isolation after a period of ill health to take part, and she doesn’t do Zoom. And why should she? She has grace, humour, age and experience. She should be guiding the young, not the other way around.