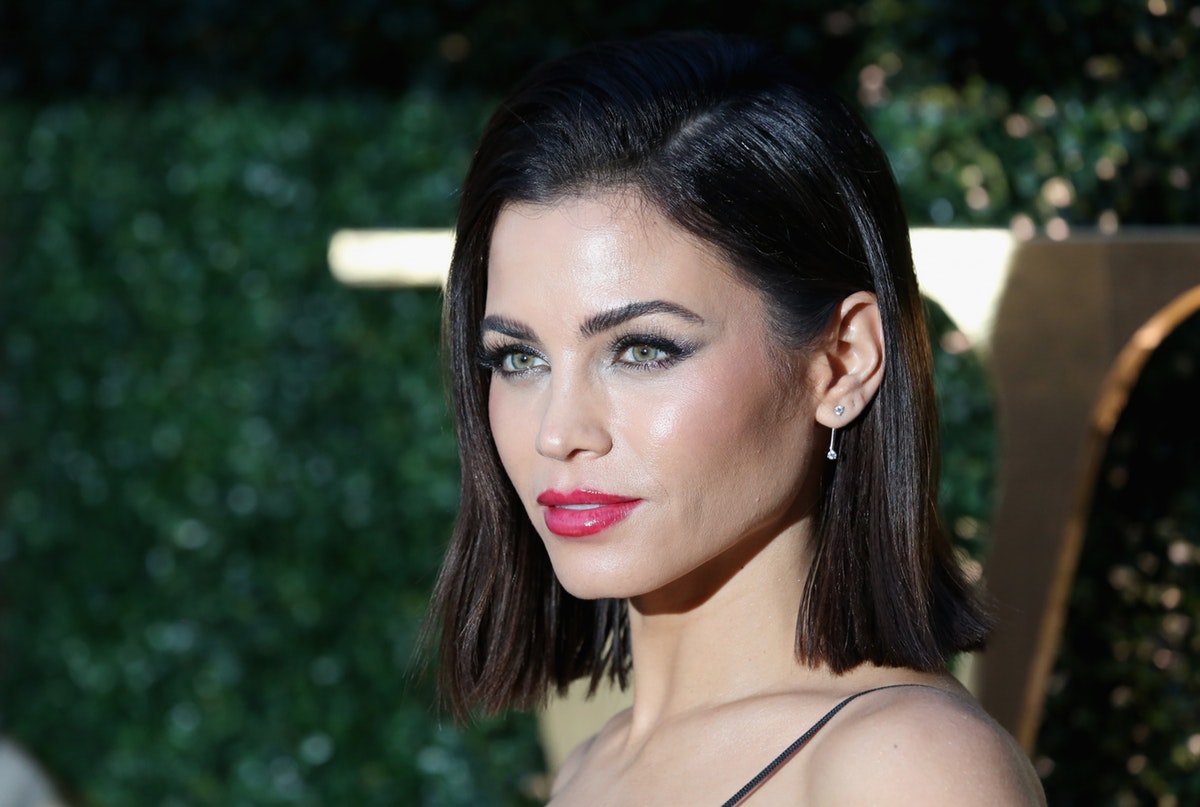 ICYMI, Jenna Dewan and Channing Tatum filed for divorce in October 2018. The end of any relationship is sad and hard to swallow, but while many of their fans (including me, hi) probably spent days mourning the end of their relationship, the two have been nothing but gracious about it in the public eye. Now that it’s been eight months since they announced their split, Jenna Dewan’s quotes about Channing Tatum in her Cosmopolitan interview are extremely revealing, and very honest.

Dewan opened up to the magazine in an interview for their January 2019 issue (for which she graced the cover), and spoke candidly about her split from Tatum, whom she was married to for nine years, and how she’s been doing since then. Their split definitely shocked fans around the world, and though they’ve both been seen with reported new baes (Tatum with pop singer Jessie J and Dewan with actor Steve Kazee), neither of them have verbally discussed their new, reported relationships. Well, almost. Dewan seemed happy to dish on her rescue pup, Cosmo. "He’s really sweet," she told Cosmopolitan. "He gives me lots of kisses."

So really, between her new pup and her reported new man (who recently posted a very cute birthday tribute to his Instagram), the successful actress, dancer, and mother seems to be doing well. But that doesn’t mean that she’s immune to feeling the natural sadness that comes with a split — feelings that she was very open to sharing in her interview with Cosmopolitan.

The 38-year old recognizes that breaking up and getting a divorce is hard, but clearly, she trusts that she’ll get through it.

2On dealing with being part of a Hollywood couple.

A pure unfiltered look of shock that i got to sleep in this morning ???

Dewan and Tatum first started dating after starring in Step Up, back in 2006, and their chemistry was super hot. The hit movie was essentially their debut as a couple, and now that they’re not together anymore, she shared that she recognizes how her fame began.

3On still believing in love.

After everything she’s gone through, Dewan isn’t giving up on love. In fact, she’s fairly open to it. Well, sort of. At the very least, she’s still a big believer in love.

Always making sure i glow like a glazed donut ? even with 4 hrs sleep??‍♀️ love you glam fam @patrickta @kristin_ess

Dewan herself is not on any dating apps, but she told Cosmopolitan that while she isn’t ready to dive into the online dating world, she still loves the idea of finding someone by swiping right. In fact, Dewan loves looking at her hair stylist’s dating app, Raya.

If her Cosmopolitan interview is any indication, this hot momma is killing the game and living her best life. It seems like her marriage taught her some seriously important lessons about life and love. That, itself, is totally worth celebrating. It seems like she’s doing just that.

'The Standoff at Sparrow Creek' Trailer: Someone Is Hiding Something
World News