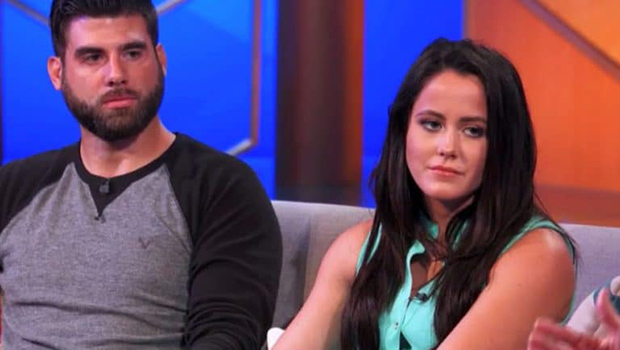 Jenelle Evans and David Eason might not be having a happy holiday season this year. They are feuding in pubic and private, and their relationship is more strained than ever. See what a source told us below.

Jenelle Evans and David Eason are trying to work through their problems, as many married people need to do. But for them, it’s more challenging. Jenelle just publicly unfollowed David on social media on Nov. 29, after he set their land on fire. (She’s now following him again) But that’s not the only thing that has them furious with each other. A source close to the couple tells HollywoodLife.com EXCLUSIVELY, “Jenelle and David fight like cats and dogs, they are pretty much constantly at odds with each other over something or other, and they have pretty explosive blow ups pretty regularly. Jenelle loves to paint this image of the ideal marriage, with her gushing interviews about David, and picture perfect family Instagram posts.”

The source continued, “In truth their relationship is far from healthy. Jenelle and David both have anger management issues, and neither of them likes to back down when they believe they’ve been wronged and they’re in the right, so they fight regularly and hard. Usually it is Jenelle, though, that’s forced to play peacemaker — she feels she has the most to lose if their marriage fails, and she has spent so much time defending David, and talking him up.”

“The best view comes after the hardest climb”. #HikingAdventures ??

“She doesn’t want to lose face, no matter how emotionally taxing, and unhealthy, it may be to stay together.” We hope this couple can work out their problems in a healthy way for the sake of their kids. HollywoodLife has reached out to their reps for comment.