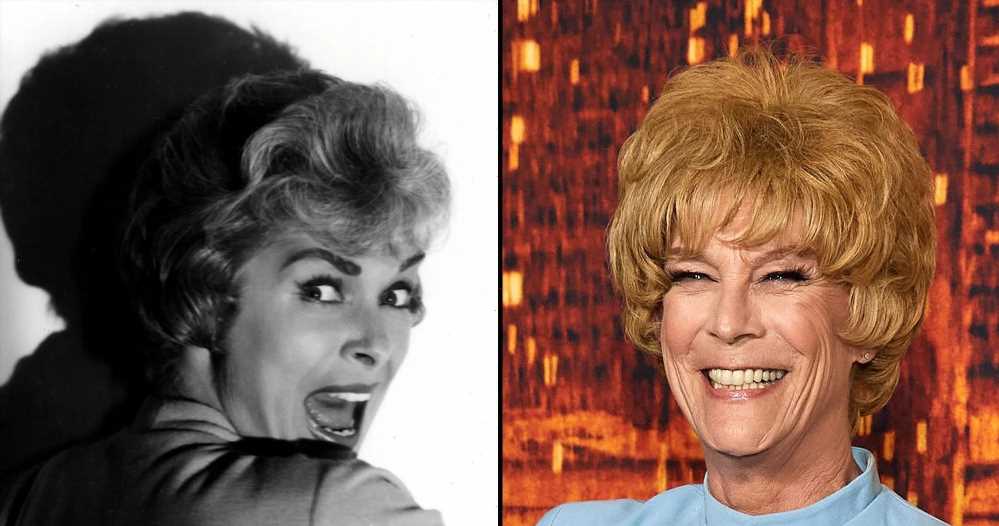 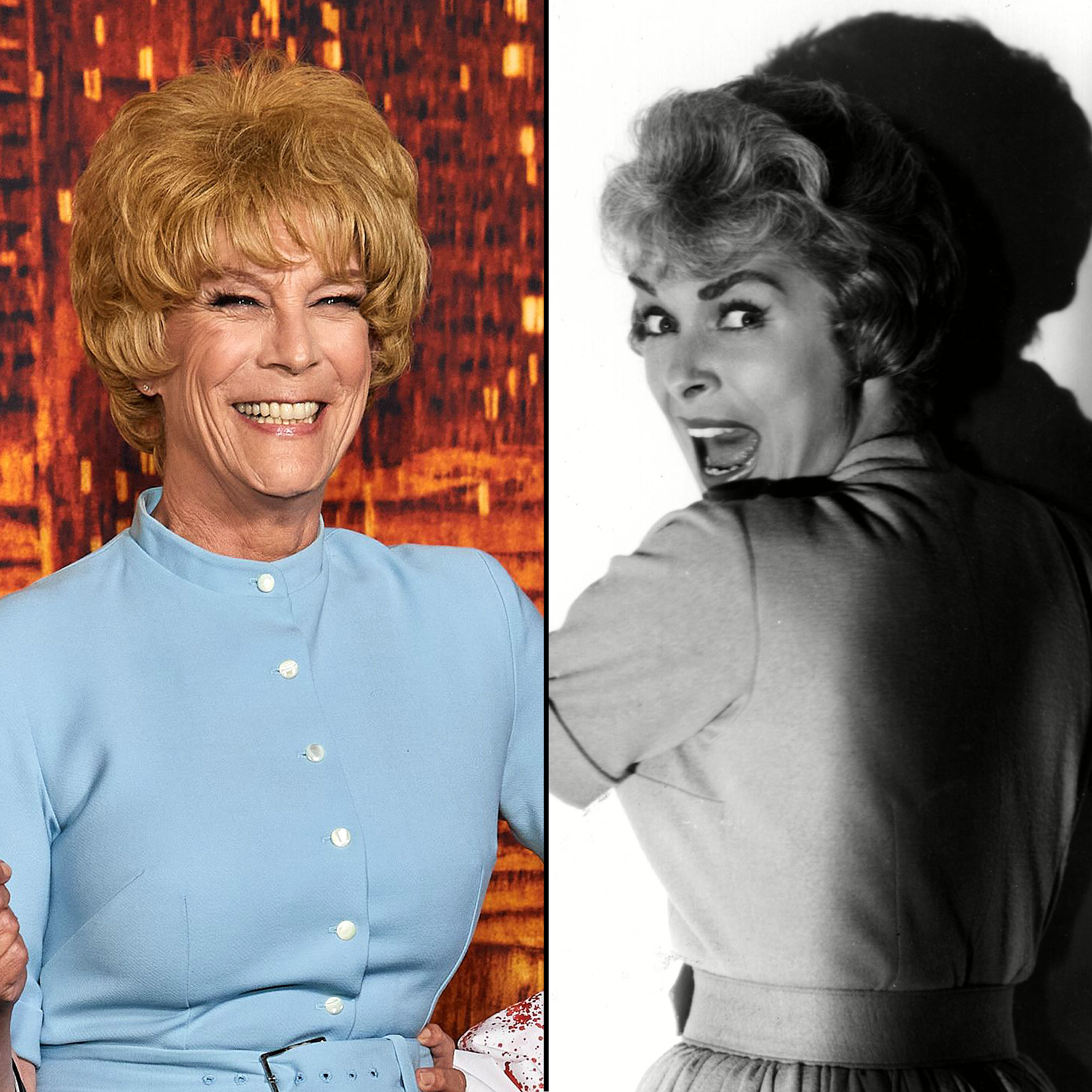 Stars flocked to the red carpet on Tuesday, October 12, for the Halloween Kills premiere in Los Angeles. Among them was the highly anticipated horror film’s star Jamie Lee Curtis, who surprised fans by paying tribute to her late mom, Janet Leigh, for the occasion.

So to honor the horror film legend, Curtis decided to recreate her mother’s Psycho costume for the premiere party. The mom of two stepped out on the carpet wearing a short blonde wig teamed with a buttoned-up blue dress and a black handbag and pumps. But the standout accessory was the bloody shower curtain she draped over her arm (cue that horrific shower scene). 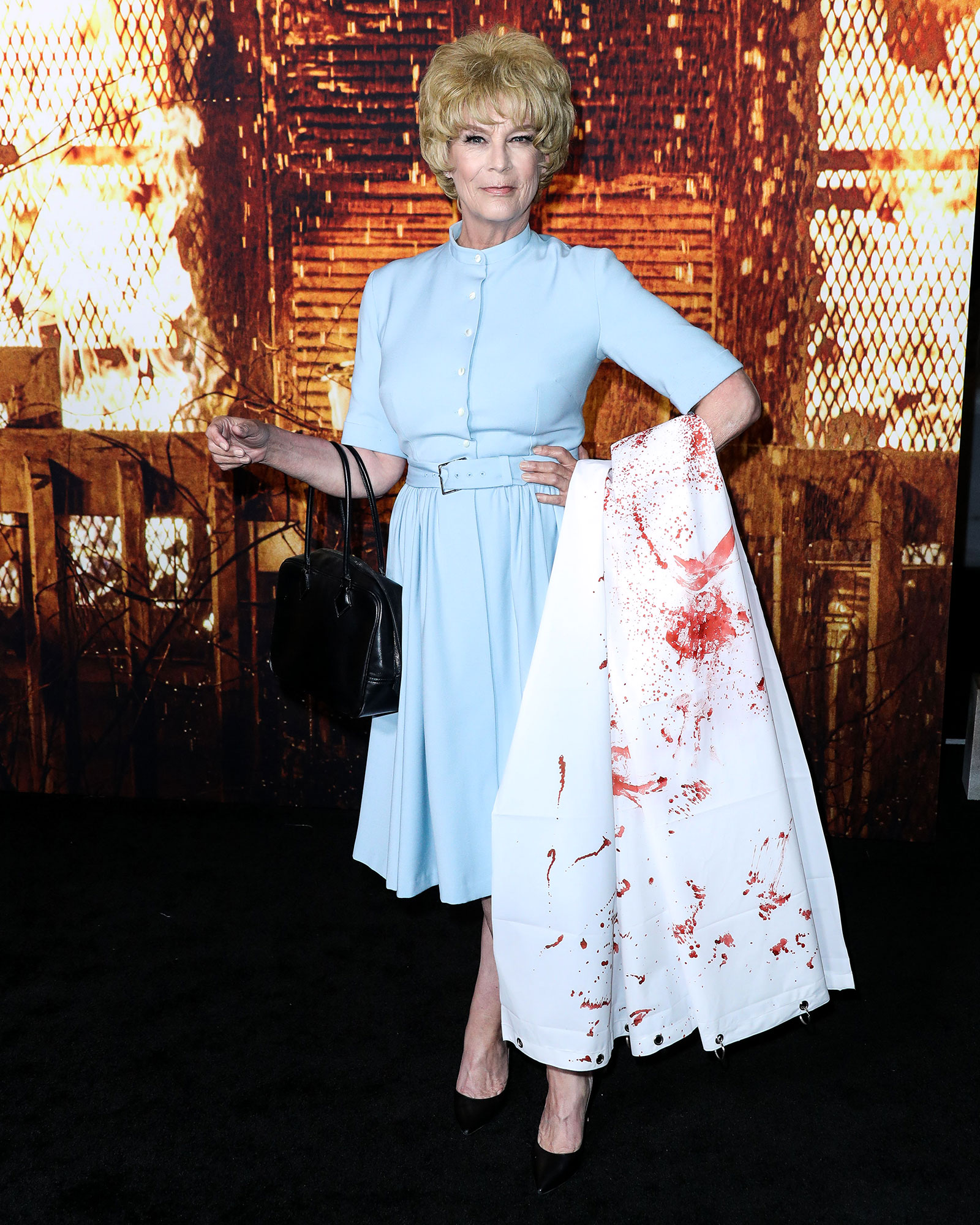 Curtis shared a photo of the complete look to Instagram. She captioned the post: “Honoring my mother in ALL her gory…I meant glory! PREMIERE PARTY TIME!”

“I am honoring my beautiful late mama, Janet Leigh, but… it’s a little more meta than that,” Curtis told ET on the red carpet. “I am actually going as Scarlett Johansson as Janet Leigh in the movie Hitchcock. So it’s meta because we never knew what color Janet Leigh’s dress was because it was a black-and-white movie.”

“But now because of the Hitchcock movie, we know it was pale blue,” she continued. “And mommy did a little DIY art project the other day. I was worried you would see this and just think I looked like a ’50s housewife. So I thought, you know, maybe I need a little bloody shower curtain.”

Curtis shared a photo from the Scream Queens set to her Instagram feed. In the accompanying caption, she wrote, “Ryan Murphy and co. wrote it into a special episode and it felt right! Honoring the Royal legend that is/was/will always be, Janet Leigh.”

Leigh passed away in October 2004 at her Beverly Hills home. She was 77. The actress had suffered a year-long battle with vasculitis — an inflammation of the blood vessels.

Howie Mandel Rushed To Hospital After Passing Out at Starbucks