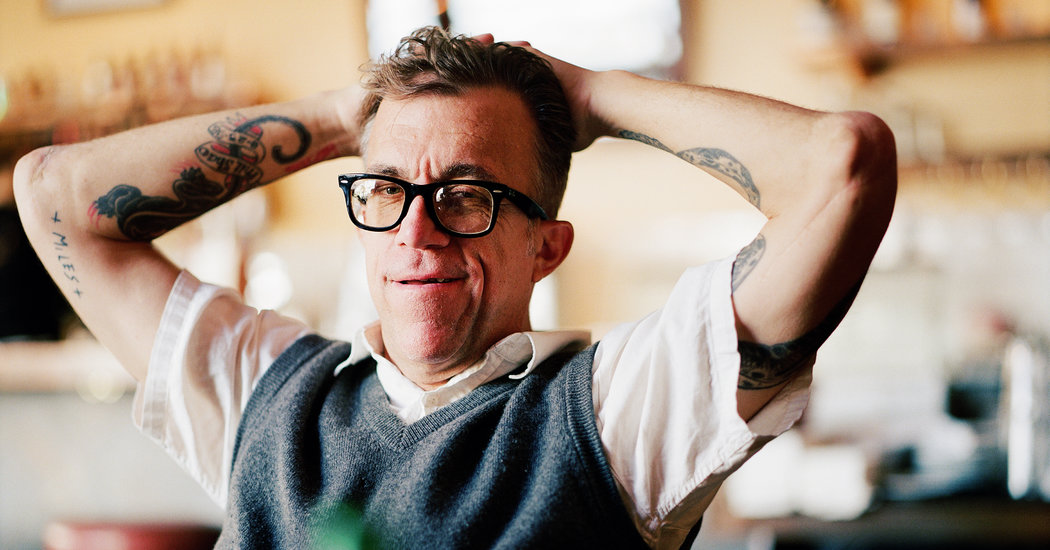 Jake Phelps Dies at 56; as Thrasher Editor, a Skateboarding Guru

Jake Phelps, the caustic, funny and brash longtime editor of skateboarding’s most revered magazine, Thrasher, a position that made him a tastemaker in a subculture known for resenting authority, was found dead on Thursday at his home in San Francisco. He was 56.

“Just as we need food and water to survive, Jake needed skateboarding to get his blood pumping,” Tony Vitello, Thrasher’s publisher, wrote in the post. “It was more than a hobby or a form of transportation for him — it was his oxygen.”

In a phone interview, Mr. Vitello said Mr. Phelps would be cremated with his skateboard.

Mr. Phelps was at the top of Thrasher’s masthead for half his life, a position that made him both loved and hated in the small, insular world of skateboarding.

His magazine, a San Francisco-based monthly with a circulation of about 100,000 and thick with ads, is knowing but abrasive. Mr. Phelps banned skaters he didn’t like from his pages and mocked others in the annual T-Eddy Awards.

In 1996, a professional skateboarder whom Mr. Phelps had labeled “Most Annoying” in the previous year’s issue showed up at Thrasher’s offices and punched him in the face. (He was subsequently banned from Thrasher.)

Mr. Phelps became more or less synonymous with the magazine, which was not always an easy thing to be: Thrasher’s motto was “Skate and Destroy.” Its vision of skateboarding was unrelentingly gnarly; it had a recurring feature in which readers were encouraged to send in pictures of broken bones and open wounds.

Skateboarding at the professional level is a peculiar enterprise, one without official rules and few contests that any skaters really care about — something that can happen anytime, anywhere. It is a chaotic subculture that requires arbiters of taste to draw boundaries, which Mr. Phelps did with zeal.

Separating the kooks from the rest was Mr. Phelps’s calling. He was known for his encyclopedic knowledge of skateboarding and his cutting wit, and he exerted his will over the industry well beyond the years when most people put the board down.

His influence was most clearly expressed through Thrasher’s Skater of the Year, the only award of its kind taken at all seriously within skateboarding. The magazine is cagey about its process for picking the recipient, but most skateboarders believe that Mr. Phelps was ultimately in charge of the decision — a persistent rumor that he never disputed.

James Kendall Phelps was born on Sept. 24, 1962, in San Francisco. His parents, Kendall and Katharine Phelps, who was known as Kitty, called their son by his initials, J. K., which eventually became Jake. His family moved to the East Coast when he was young, and his parents divorced soon after.

For most of his teenage years, Jake stayed with his mother in Marblehead, Mass; she bought him his first skateboard when he was 13. In the early 1980s he dropped out of high school and made his way back to San Francisco. 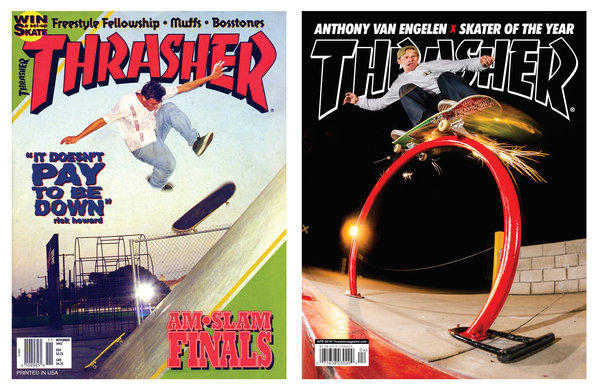 He found work at a skate shop called Concrete Jungle in the Haight-Ashbury neighborhood, where he fell in with the fixtures of a budding skate scene, including Mickey Reyes, who became a longtime friend, and Kevin Thatcher, the first editor of Thrasher.

Mr. Phelps joined Thrasher in the mid-1980s, when Mr. Thatcher invited him to write a product-review column. Thrasher sells branded clothing — its logo is almost unavoidable today — and Mr. Phelps got a job in the shipping department, packing up gear for the mail-order side of the business.

Around this time, Mr. Phelps lived in the old Phoenix Ironworks building in West Oakland, a warehouse where he had built a ramp he called the Widowmaker. The ramp was not only hard for skateboarders to get to; it was also hard to skate. Mr. Phelps had pounded the coping with a sledgehammer so that it was riddled with dents.

“It would make this rad sound when you were grinding it,” Mr. Reyes said.

Fausto Vitello, Tony’s father and a founder of the magazine, named Mr. Phelps to replace Mr. Thatcher in 1993, liking his outspokenness and his connection to the skate scene. .

Over the years, Mr. Phelps transformed himself from a somewhat traditional editor in chief into something more like a figurehead. Not always one for the office, he preferred the so-called “hellride” trips he would go on with pro skaters in producing feature stories for the magazine.

“Jake didn’t even have a computer on his desk,” Patrick O’Dell, a former Thrasher employee, wrote on the website Vice. “He didn’t have an email address. His voice mail wasn’t set up.”

Mr. Phelps loved “bombing” the hilly streets of San Francisco on his board, a dangerous thing to do in your 20s, to say nothing of your mid-50s. He would sometimes make his way up to the intersection of Dolores and 20th Streets in the wee hours of the morning, wait for the traffic lights to be just right and fly down the hill. One day in 2017, Mr. Phelps, then 54, fell and struck his head on the pavement hard enough to put him in the hospital, and on the local news.

Mr. Phelps spent a lot of time in hospital beds. He claimed to have a 290-page medical record that detailed seven knee surgeries and fractures to his legs, pelvis, collarbones, thumbs and skull.

“He’s put together with a lot of pins and screws,” Mr. Reyes said.

Mr. Phelps’s easy access to pain medication, and the drinking that went along with his lifestyle, led him to struggle with substance abuse. Mr. Reyes said the habit had grown out of the surgeries and his love for skateboarding: The pain pills allowed him to get back to skating.

Mr. Phelps’s sister, Marie Phelps, described a wide gulf between the man in private and his public self. One “saw a different side when he let down the mask of the Phelper,” she said. “He was a vulnerable, deep, thoughtful person.”

In addition to his sister, his survivors include his parents.

Mr. Phelps visited the Potrero del Sol skatepark, at the edge of the Mission District, nearly every day. After his death, “PHELPER” was spray-painted on a wall in Thrasher’s flame-tipped font as a makeshift memorial. He loved watching the kids there skate, and would give away products to keep them skating.

“He probably gave a lot of kids their first skateboard,” said Chico Brenes, a professional skateboarder who lives nearby.

Mr. Phelps had been at Potrero del Sol the day before he died and had run into Mr. Brenes there. Mr. Brenes recalled asking him how he was doing and Mr. Phelps replying, “Another day above ground is a good day, Chico.”

They argued about a piece of trivia involving a skate video from 1989, Mr. Brenes said, and then Mr. Phelps, as he usually did, disappeared without saying goodbye.