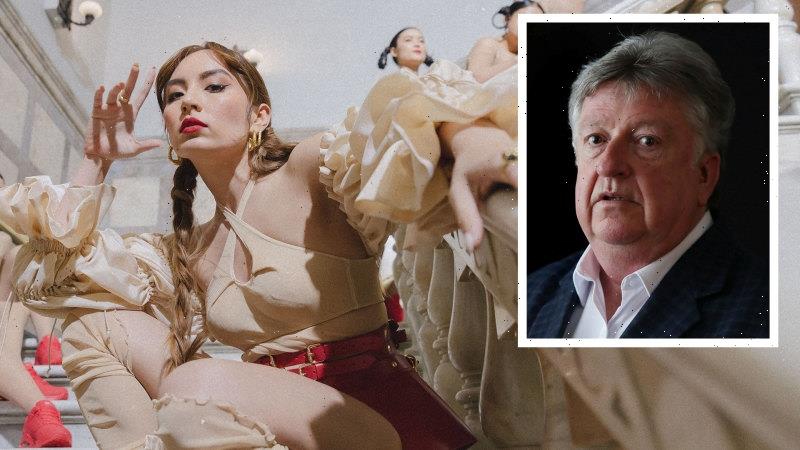 Jonze, whose real name is Deena Lynch, was one of the first local artists to speak out about the music industry’s toxic culture when she accused two music producers, who are not linked to Sony, of sexually assaulting her in 2019. 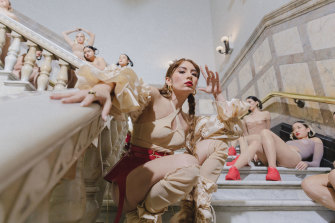 Jaguar Jonze on the set of her film clip for Who Died And Made You King.Credit:Minori Ueda

Since then, she has become a spokeswoman for the growing MeToo movement sweeping the music industry. Her advocacy has come at a cost, and in July she took herself to a retreat in northern NSW in an attempt to reclaim her creativity.

The result is Who Died And Made You King, a searing diss track taking on the leaders, or the kings, of the Australian music industry. Jonze’s song, released on Friday, is the latest episode in the industry-wide reckoning on inappropriate behaviour that has seen several people lose their jobs or quit.

“You’ve got blood on your mouth from eating up dreams,” Jonze sings on the track, without taking aim at any specific person.

Longtime Sony boss Denis Handlin was fired in June, weeks after the company began an internal investigation into the label’s workplace culture, which has not concluded. There is no suggestion Handlin is accused of any wrongdoing or that he knew of any incidents of inappropriate behaviour. In August, Universal Music launched its own investigation into inappropriate behaviour at its Australian office.

Jonze said Who Died And Made You King is not specifically about Handlin, but when the news of his dismissal broke while she was writing the song it quickly became part of the narrative.

“I didn’t have Denis in mind when I first started writing it, I had the anger of everything that had happened this year in mind, and those kings or leaders of the music industry that had allowed the industry to become what it has,” she said.

“I spent one whole day in my lockdown listening to Denis Handlin speeches, which was very triggering because this was someone we trusted to lead, protect and better the industry and ensure a safe workplace for everyone involved. There was nothing bad about the speeches; he knew all the right things to say. The triggering thing, the disturbing thing, was the actions weren’t the same.”

In the end Jonze selected a moment from Handlin’s speech at the 2016 All That Matters entertainment industry conference, where he said there was no room for egos and politics in music.

“I believe we must have zero tolerance for those who think they are bigger than the artist and get carried away with egos and politics. I think sometimes we need to work in silence and let success make the noise,” Handlin says in the clip Jonze has inserted in her track.

Jonze said she shuddered when she realised how seamlessly the clip worked with her music. “It seemed to fit in perfectly, it was almost like he was in the studio and rhythmically said the words to the track.”

Jonze hasn’t spoken to Handlin about the track, and he did not respond to the Herald’s request for comment.

“I am not in a place of power in the industry but all the survivors coming together and standing side by side has led to me being able to release the song.

“Our pain has turned into that power and there is something in that power that is actually making changes in the industry where those kings didn’t.”

Who Died And Made You King is available now.