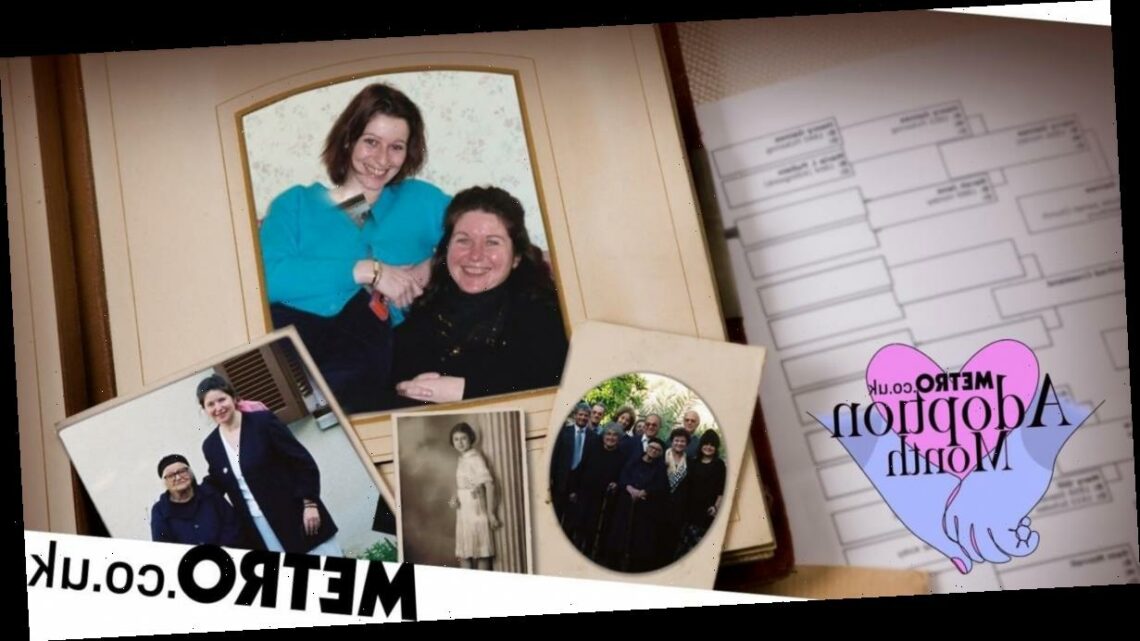 I’ve spent over 30 years tracking down my birth family

I always knew I was adopted and every year, on my birthday, I would look in the mirror and wondered whether I looked like my birth mother. Then I’d wonder where she was.

When I was born in 1957, adoption agencies glamourised and fictionalised the scanty facts they had been given. Unwed mothers were seen as shameful and often coerced into getting their babies adopted.

I’d always had a stable and loving upbringing alongside my brother, who my parents adopted two years after me, but when I reached puberty the need to know about my background became overpowering.

I wanted to know the facts about my ethnicity and who my family were. I’d begun to feel disconnected from my life and my identity, as if I didn’t really know who I was.

Of course, most of my friends had no idea what this felt like, which only added to my feeling of not belonging anywhere.

I was 24 when I managed to trace my birth mother, a woman called Ann, through registry records.

It turned out that we were living just five miles apart from each other in South London. It was a really weird feeling to know that – exhilarating, yet frightening at the same time.

I also discovered that six years after I was born, Ann had given birth to another daughter, called ‘Claire’. She’d been adopted too, which came as a real shock.

Records showed that I was the eldest of five siblings, born three days after my birth mother’s 18th birthday, followed by two girls, who had different fathers, and two boys who shared the same dad with each other. My youngest three siblings ended up staying with Ann, while myself and Claire were adopted out into different families.

When I got in touch with my birth mother, she was so shocked that I’d tracked her down. At first she wanted to tell her husband I was her youngest sister instead of her daughter, but we knew deep down that wouldn’t work.

We arranged to meet up at a train station near her house and I remember feeling extremely nervous about it – as if I was going to the dentist, but much worse.

When I saw Ann for the first time, I felt panicky and anxious, but also couldn’t help but notice that she spoke and gesticulated like me.

Then we walked for what seemed like miles around some back streets. She felt very familiar to me yet was a complete stranger at the same time. It was all very unreal and disjointed, like I was in a waking dream. Looking back, I think I was in shock most of that afternoon.

Despite our anxieties, we got on well and I was soon going to Ann’s house once or twice a week and getting to know my younger siblings, who were 15, 13 and 11 at the time.

She told me that my father was an American man called Joe, despite my adoption paperwork having his name down as ‘Tom’ from Wales. However, when it came to sharing her own background, my birth mother was slightly cagey.

Ann mentioned in passing that her family were from Manchester and her maternal great grandfather was a Russian woodcutter. She didn’t seem to know much about her own father either, although she did tell me he had made suits for well-known people in Soho.

When I asked about my sister Claire, she tried to deny she existed, which made me feel angry as I knew that wasn’t true.

After about nine months, once the honeymoon period had worn off, our relationship disintegrated.

I couldn’t shake the anger I felt over my birth mother’s denials about Claire and it became too difficult to see her. Although I’d grown fond of my siblings, Ann didn’t want me to stay in contact with them, so eventually I stopped visiting.

For the next 15 years I simply got on with my life. However, after I’d had my son, Alex, in 1994 I decided it was time to find my sister Claire. I had never stopped thinking about her and suddenly, with a child of my own, I felt a real yearning to track her down.

I wrote to every social services department in London and the South West to no avail, but then an ex-pat Australian social worker I had worked with located my sister’s records.

We were initially put in ‘letter box’ contact, which meant we wrote letters to each other, and I discovered that she was no longer called Claire, but Ann – like our mother – and she lived in Warminster.

A few months after writing to each other, we finally decided to meet up. But despite what you see on TV reunion shows, it wasn’t all hugs and smiles. In fact, it wasn’t easy at all to forge a relationship.

My sister had had a traumatic early life. She was adopted as a toddler and her adoptive mother died when she was just seven. As we got to know each other, we discovered we both had a lot of personal and birth family baggage and eventually it came between us and we fell out.

Even though I thought about her often, the two of us didn’t speak for nearly 10 years.

It wasn’t until I was turning 50 in 2007 that I decided to get back in touch with her and invite Ann to my party. Thankfully she accepted and, with us both having had time to come to terms with our relationship, we’ve been great friends ever since.

She’d never tried to get in touch with our mum before we’d met, but I gave my sister her address and she kept sending flowers and cards. Sadly, our mother never acknowledged her and blamed me for passing on the address.

After my party we decided to carry on searching for more of our family. We’d already tracked down an aunt and a cousin in Cyprus, but I needed to get to the bottom of our story. I felt it was the only way I could truly understand why my birth mother decided to give us away.

It wasn’t that I hated being adopted, I was glad it happened. I’d had a really great childhood compared to my siblings who stayed with our birth mother. I just needed to know why.

After doing a DNA test to trace my family tree I discovered that our maternal line was Jewish and East European, so I joined the Jewish Genealogical Society and was assigned a family history mentor.

Through them, Ann and I found out we had Jewish relatives in Manchester, who were more than happy to meet up with us when we made contact.

One of our cousins told us that our grandmother had run away to London and met a Greek Cypriot tailor sometime in the late 1930s. They hadn’t known what had happened to her after that.

Ann and I learned that our grandmother’s family were Orthodox Jewish and she had rebelled against the strict traditions. Her maternal family were well-off timber merchants from Lithuania and it turned out that my birth mother was right about the ‘woodcutter’ bit!

Later that year, we went back to Cyprus and met even more of our relatives, one of whom was the spitting image of my sister Ann, which was so weird.

As family tree DNA tests began to really take off over the years, I discovered so many more members of my birth family.

I even found a non-Jewish half nephew, whose grandfather was my birth father, Tom. (It seems my adoption file was correct as ‘Tom’ was recorded, and my birth mother’s memory was wrong!)

But the search has also been really hard work at times.

Our birth mother died in 2012, which left Ann devastated as she never got to meet her and it also makes me sad that my son never met his grandmother, as she stayed angry with me for passing my sister her address.

Most of my messages to other potential relatives went unanswered or sometimes I just didn’t have enough information and hit a dead end.

Thankfully, I did discover the world of ‘Search Angels’ on Facebook, expert volunteer researchers who use DNA, public records and family trees to track down birth families.

Through my search angel, Nicole, we’ve managed to find my entire paternal family on Facebook, a lot of whom live in America.

To discover that my father is still alive and living in Chicago is quite unbelievable. I’ve written to him twice, but have yet to receive a reply, which is disappointing. However, I have photos of him and friends say we look alike – we have the same bushy eyebrows – which feels both strange and nice.

Since I first started looking for my birth family all those years ago, I’ve gone from knowing nothing about them to having the full story – almost.

Admittedly, there are loose ends. For instance, why was my birth father in London in 1956? I don’t know if I’ll ever find out, so I’ll just have to live with that mystery.

It hasn’t been an easy journey finding my family. However I’m glad I discovered the truth, as now I volunteer as a search angel myself, using my knowledge to help others just as mine helped me.

I love the challenge of solving difficult, convoluted cases and helping people to find out who their families are, especially as I know just how rewarding that can be.

Adoption Month is a month-long series covering all aspects of adoption.

For the next four weeks, which includes National Adoption Week from October 14-19, we will be speaking to people who have been affected by adoption in some way, from those who chose to welcome someone else’s child into their family to others who were that child.

We’ll also be talking to experts in the field and answering as many questions as possible associated with adoption, as well as offering invaluable advice along the way.

Moment people smuggler offers to get reporter across the Channel