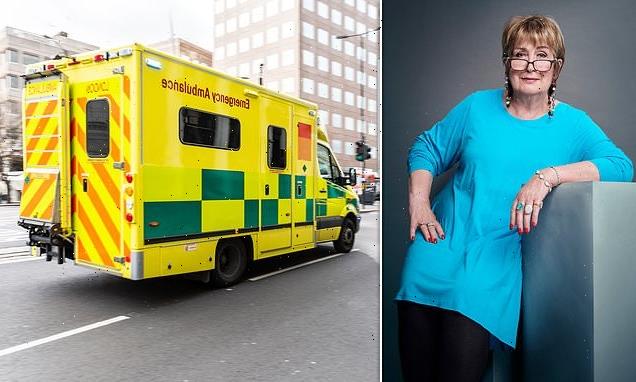 It's a dark day when a taxi beats calling an ambulance

Never in my long life have I been afraid of being let down by the NHS, but terrifying stories of failures in the ambulance service are scaring me and, I suspect, many others of my generation.

Only once, at the age of 32, have I needed to be blue-lighted to hospital. I had terrible pain in my stomach. A doctor friend diagnosed an ectopic pregnancy over the phone and advised getting there as quickly as possible.

My husband, then a naval officer, was at sea; my neighbours took over our dogs. I dialled 999 and within minutes was being carried out by paramedics. The speedy operation I had to remove the ruptured fallopian tube undoubtedly saved my life.

I am not confident now, at the age of 72, that an ambulance would arrive quickly enough to save me a second time. 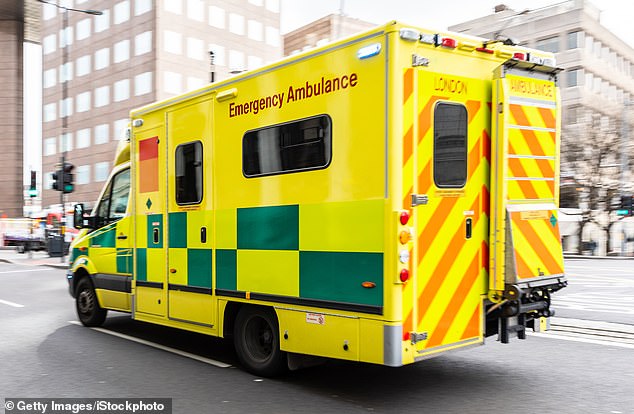 It was discovered that North East Ambulance Service was covering up mistakes. In one case, a 32-year-old man died after waiting 67 minutes for an ambulance

I spend a great deal of time at home alone. I do a lot of work, but I also spend far too much time watching television — which a new study says significantly raises the risk of coronary heart disease.

Suppose I have overindulged on the box and am sitting here one evening by myself when I feel a searing pain in my chest. What would I do?

According to Dr Katherine Henderson, taking a taxi would be my best bet. The president of the Royal College of Emergency Medicine recently said that emergency pressures are ‘more serious than we’ve ever seen it’, and for the first time in her 20-year career, they have ‘broken the commitment to get an ambulance to a patient in a timely manner’.

Which is something of an understatement. The ambulance service is facing the worst response time crisis since records began. Last month, patients with a suspected heart attack or stroke, who should be reached within 18 minutes, waited longer than 50 minutes.

Dr Henderson admitted she’d ‘be looking very carefully at what alternatives I had’. But would hailing a cab and making your own way lead to greater delays in getting treatment? At least in a noisy ambulance you might get wheeled through to a corridor in A&E, whereas, as a ‘walk-in patient’, you could end up in a queue with dozens of others.

It’s hard not to have sympathy for the NHS doctors, nurses and paramedics who have had an incredibly tough couple of years thanks to Covid-19, but that’s no excuse for what’s reported to have occurred in the North East Ambulance Service, where, earlier this week, it emerged that the Trust has been covering up damning evidence about deaths linked to mistakes by paramedics. 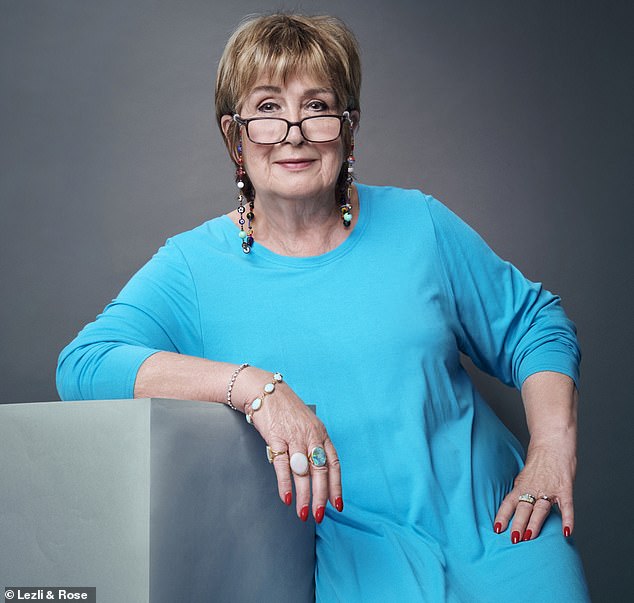 In one case, a 32-year-old man died after waiting 67 minutes for an ambulance, despite saying he was having problems breathing.

An internal panel downgraded his harm classification from ‘moderate’ to ‘low’, even though there was expert evidence that the delay was likely to have contributed to his death. Thank goodness for the whistleblowers who revealed dozens of cases of such cover-ups, putting their own jobs at risk so bereaved families can find out what really happened.

Of course, this question of a failing ambulance system is far from new. The whistleblowers this week have spoken of ‘historic failings’.

Some five years ago, the son of a friend of a mine — early 20s, proficient cyclist, fit and careful — was involved in an accident in Regent’s Park, London. A car had made a sudden turn in front of him, he couldn’t stop in time, hit the car, and went sailing over his handlebars. He was wearing a helmet, but it offered only a little protection as he landed on his head.

His friends, all fellow cyclists, stopped to help, as did the driver of a car who’d been following behind. He immediately made a 999 call, asking for an ambulance for a young man who was unconscious and had a head injury.

He was told they couldn’t get any help to him for more than an hour. The Good Samaritan couldn’t believe it. He insisted he was talking about a head injury and made the point they were no more than five minutes away from the casualty department. No dice, responded the 999 call handler. They couldn’t get to him any quicker.

‘OK,’ said the Good Samaritan, ‘I’ll bloody well do it myself.’ He and the other cyclists managed to get the injured young man into his car and, sure enough, it took five minutes to deposit him at A&E.

He was found to have concussion and a broken shoulder, and was admitted for 48 hours before being allowed home to rest.

If that was the state of the ambulance service five years ago, why has it been left to get so much worse? And what if there is no Good Samaritan to help you? What if the accident happens when you’re on your own?

I’ve talked to a number of doctor friends about the best policy should I be unfortunate enough to be home alone if the worst happens. First, they say, dial 999. Then keep the nearest son/able person and the local taxi firm on speed dial. And hope you’re conscious enough to call them all. Someone should turn up in good time!

One Green Goddess is enough, Isabelle 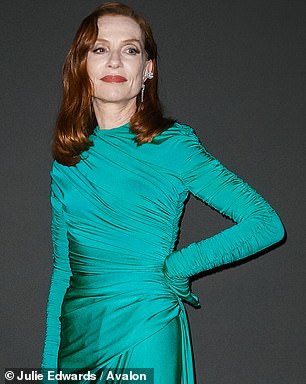 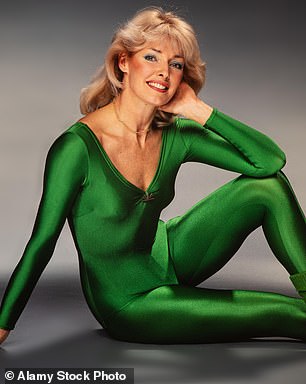 For a long time, I’ve been the No1 fan of the French film star Isabelle Huppert.

She’s elegant, serious, fearless, and was the stand-out hilarious performer taking the mickey out of herself in the French version of Dix Pour Cent, or Call My Agent!

She normally looks gorgeous in black, but this year at Cannes she wore a bizarre Balenciaga outfit — in green, pictured. Surely she’s far too classy to be vying for the role of breakfast TV’s Green Goddess?

The latest twist in patriarchal privilege 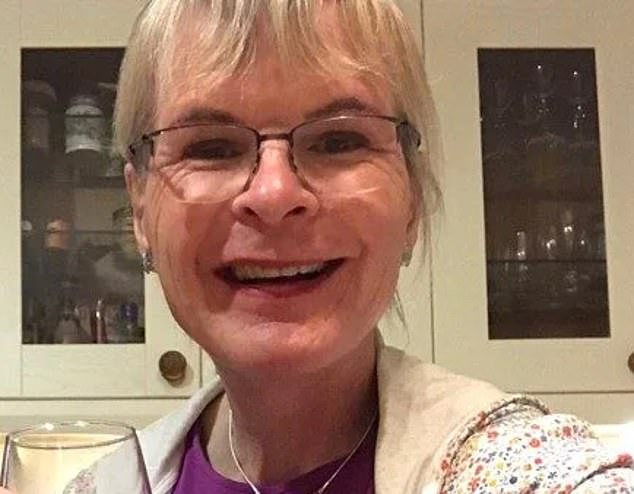 The Lord Chancellor has approved Matilda Simon (pictured), once Matthew Simon’s claim to the peerage of Baron Simon of Wythenshaw

How strange that Matilda Simon, once Matthew Simon, who inherited the title Baron Simon of Wythenshawe on the death of her, then his, father, should be planning to enter the next by-election for hereditary peers in the Lords. Despite her transition, the Lord Chancellor has approved her claim to the peerage. This is crazy. Peers only inherit a title if they are a man. It’s called male primogeniture (and yes it’s incredibly sexist and unfair). But why, if Matilda, pictured, truly believes herself to be a woman, does she think it’s OK to assume the privilege of a man, while, no doubt, expecting the right to enter female spaces as a woman? Time, surely, for male primogeniture to be abolished. And if that were the case, the peerage would go to Matilda’s sister, Margaret, who is older. 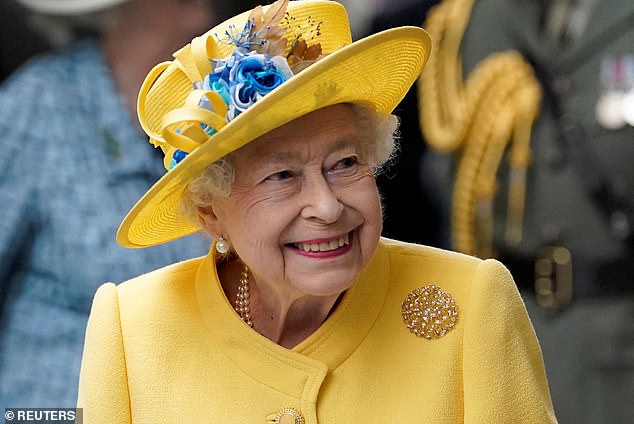 I might have expected my cost of living to rocket with an additional pair of Ukrainians to feed, one of whom, Ustym, is a teenage boy.

Not so. His mum Zoriana loves to cook. (I don’t.) She ejects me from the kitchen and rustles up hearty and inexpensive fare. Borscht — soup made from beetroot, potatoes, onions and veg — is a favourite. My gut health is phenomenal.

The Mail’s new health columnist and gut expert, Dr Megan Rossi, would be proud of me.