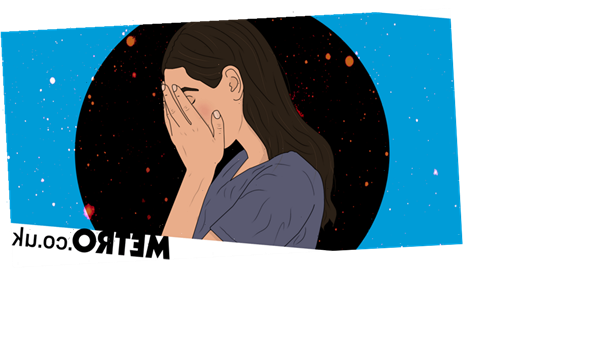 It took me years to realise I had been sexually abused

It was three years before I realised anything out of the ordinary had happened to me. Maybe it took so long because I never wanted to admit it.

When I was 19, my first boyfriend broke up with me out of the blue. I was heartbroken for a week, and then overjoyed – I got a new hairdo, and my first one-night stand followed shortly after.

With my newfound confidence I was myself flicking through dating apps, and soon after I matched with a 6ft-something God called Henry*. I still remember his profile picture – it was his muscly thighs and cheeky grin that drew me in.

He was sporty and had interesting hobbies; I was used to Welsh lads who drank Strongbow and asked girls on dates to Nando’s, so I felt like I’d hit the jackpot.

Henry was three years older than me, and the first time I visited his flat I felt so mature. We laid on his bed and stared at each other for nearly an hour before he told me he couldn’t bear the thought of me seeing anybody else.

Our sexual relationship began that night and was immediately intense. We’d have sex around four or five times a day and slowly things got more and more rough. It started with his hand around my throat or his knees holding my calves down. At first, some of it was attractive, but then things started to make me feel uncomfortable.

We had sex one night on the sofa, and he started choking me. I was tapping him, asking him repeatedly to slow down but he only pushed harder and harder until I passed out cold. When I woke up, he was still going.

From there, it progressed to him hitting me across the face in bed, and spitting on me. I’d have bruises and red marks everywhere. I often told him I didn’t like it but he always laughed it off. It made me panic that he would dump me if I expressed my true feelings.

Sex was always aggressive in some way, ranging from incredibly passionate to just plain painful. Henry was funny and likeable the rest of the time, but extremely outspoken and dominating. I remember him throwing a snowball in my three-year-old sister’s face the first time he met her, and cheating on our family Monopoly night.

After an all-consuming five months together, we finally broke up.

As the years passed, I often thought about what had happened, and wondered if Henry broke up with me because I didn’t fulfil him sexually. I almost felt guilty, as though I had no real reason to be disturbed by what had happened. I never wanted to be a victim – I didn’t think my experience was different to what other girls my age were dealing with.

I found myself in one turbulent relationship after another where I allowed men to walk all over me emotionally, and felt like I was very undeserving of their love.

I also shut down sexually. What once was something that gave me extreme happiness was now a root of discomfort. I blamed it on bad periods and stress, but never considered until recently that I was subconsciously associating sex with Henry.

Then, a few months ago, I started watching the BBC TV show Normal People. I found it increasingly uncomfortable but couldn’t quite place my finger on why.

Finally, it clicked. The main female character, Marianne, allowed herself to be hit during sex or tied up and photographed in sexual poses, despite finding little pleasure in it. The implication was that she knew no other way of being shown affection. It was extremely similar to my own situation.

As she began a journey of understanding that it wasn’t OK, I too began to realise what had really happened to me. I had been subject to sexual abuse.

Initially, I felt uncomfortable saying it. My impression of sexual assault was of a nightmare scenario – any time I had seen it depicted in films or shows it had been graphic and violent.

I never even considered that somebody who I cared for deeply, with whom I enjoyed romantic sex as well as rough, could be to blame for doing such a thing.

Women have been increasingly encouraged to speak up about sexual violence in the wake of the MeToo movement, and many more people are talking about consent in relationships. It’s a really positive dialogue but sometimes it’s hard to see behaviour for what it is while it’s happening to you.

I put my experience down to being young. I was so infatuated with Henry that I never even considered his behaviour abuse. And just the idea of complaining about it to more sexually experienced friends made me feel silly and naive.

I started to question myself again. If I hadn’t realised what was going on in the first place, had it ever happened at all?

Several weeks after I finished Normal People, I came across a Twitter thread in which women were discussing one of the most haunting parts of their experience of sexual assault: how they frequently didn’t realise they had been abused until they told somebody else. Some talked about feeling guilty and ashamed for being open about their reality, because it didn’t seem as gruesome as a rape or bloody attack.

I read the thread in the bath, scrolling at fast as I could, just to prove to myself that I wasn’t alone. Finally, I saw my own history in their stories, though it was overwhelming to reconnect with a situation that had happened so long ago.

The experience prompted me to start speaking to friends and I watched the horror and sympathy pass over their faces. They all told me how horrendous what happened was. Many asked if I wanted to get help, and even though I didn’t, for the first time ever, I felt my feelings were validated. It felt shocking that I was so understood. I no longer felt the need to downplay my own truth.

What happened to me is something that happens often, and to a lot of people. It has had a lasting impact on how I expect to be treated by a partner, and my self-respect, and has left me questioning how I deserve to be loved.

I blocked out my trauma until it was pushed right under my nose. It was easy enough to do. Take the Fifty Shades of Grey trilogy for example, or Netflix’s more recent 365 Days. How can young women know when a boundary is crossed if characters who should be vilified are instead glorified?

Now I know that we must normalise talking about sexual assault and abuse – not only the violent kind, but everything – and be open about sexual trauma of any degree.

I still don’t really associate myself with the label of ‘victim’, but all this pain has taught me that being upfront with my feelings isn’t as easy as I’d like it to be; it’s almost a skill that I have to learn, but it is invaluable.

Had I known that there was no need to minimise my feelings, and that my own story was just as important as any other, those tangled up butterflies in my stomach would’ve been freed a long time ago.

*Names have been changed.

CategoryLifestyle
TagsI It me realise to took years