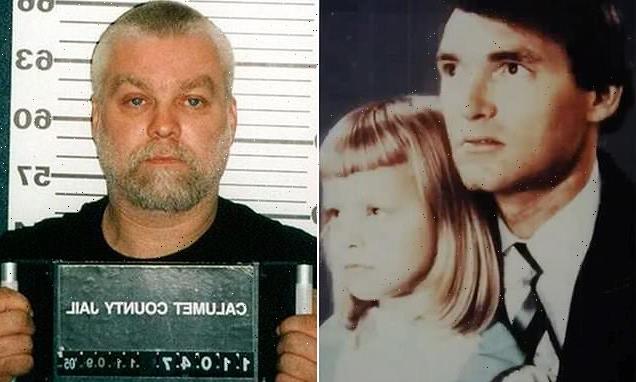 Is YOUR true crime obsession killing your mental health?

Has YOUR crime obsession gone too far? Psychologists reveal how flashbacks to personal trauma and anxiety over daily activities like driving could by caused by your TV binges

Netflix’s Girl in the Picture is the latest hit true crime series, following a string of popular titles like American Murder: The Family Next Door, Night Stalker and The Staircase.

They are just a handful of the countless TV shows, films, podcasts and books that cater to our desire to delve into chilling and gruesome real-life crimes.

But experts warn that this fascination with the macabre can lead to mental health issues like paranoia, stress and anxiety. In the most severe instances, sufferers can be left with a ‘lasting fear of everyday tasks’ like driving a car, walking alone down the street or being at home alone.

‘The rise of the true crime genre is explained by the human phenomenon of wanting to understand the “spectrum of behaviour”,’ psychologist Dr Alison McClymont told FEMAIL. 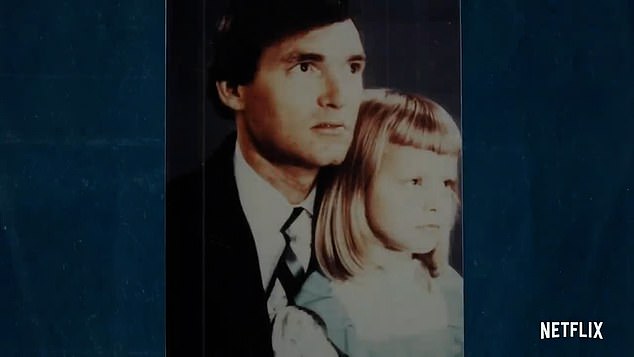 Netflix’s Girl in the Picture, pictured, is the latest hit true crime series, following a string of popular titles like American Murder: The Family Next Door, Night Stalker and The Staircase. But excessive consumption of true crime can cause damage to mental health, experts warn

‘We want to see just how extreme the human psyche can be pushed. This is similar to the fascination in survival shows or stories.

‘What are humans really capable of? In this vein we want to see the positives, like the survival stories, but also the deeply negative (the serial killer).

‘Under all this “window gazing into the human psyche” is the underlying question of “where am I on the spectrum of human behaviour? What would I do?”‘

Often true crime documentaries centre on heinous cases of abduction, rape, or murder, or a combination of the three.

Girl in the Picture follows the monstrous crimes of Franklin Delano Floyd and the six-year-old he kidnapped, posed as his daughter, then married.

Have YOU gone too far down a true crime rabbit hole?

Psychologists Dr Alison McClymont and Aaron Surtees shared revealed warning signs that could indicate it is time to take a break from true crime:

Audiences have branded the series the ‘most horrifying and sickening’ watch after it was launched on the platform last week and quickly became one of the most watched titles.

Dr McClymont (www.dralisonmcclymont.com) explained that for many consumers, a true crime series is a form of escapism.

‘Most people are more likely to focus on the extreme nature of the criminal or killer rather than the horror, the pain, the desperation of the victim,’ she said.

‘In doing this they almost remove themselves from reality, and the whole thing becomes an escapism.

‘It would be uncommon for example for someone to dwell heavily on the “lived experience” of the victim when watching these shows and more common for them to revel in the fascination of the disturbing and appalling actions of the criminal, or the skill of the detectives who unearth the killer and bring them to justice.’

However consuming too much true crime can lead viewers to lose sight of the ‘beauty of human behaviour.’

‘True crime podcasts, films or shows often focus on the deeply subversive or disturbing parts of the human psyche; this can be terrifying, disgusting or depressing,’ Dr McClymont continued.

‘We can become so entrenched in these darker sides of humanity we can lose focus that all human behaviour exists on a spectrum: for every negative human reaction or action there is a positive.

‘There is a dark fascination in the macabre – Victorians used to have theatres of freak shows or horrors for very similar reasons – but when we focus too heavily on these dark sides of humanity, we can lose sight of the beauty of human behaviour also.’

This in turn can have a detrimental effect on mental health.

‘The way in which our brains process such a high level of information can subconsciously play on us to such an extent it impacts our thoughts and can alter our reality,’ explained Aaron Surtees, psychologist and head of clinic at City Hypnosis in London. 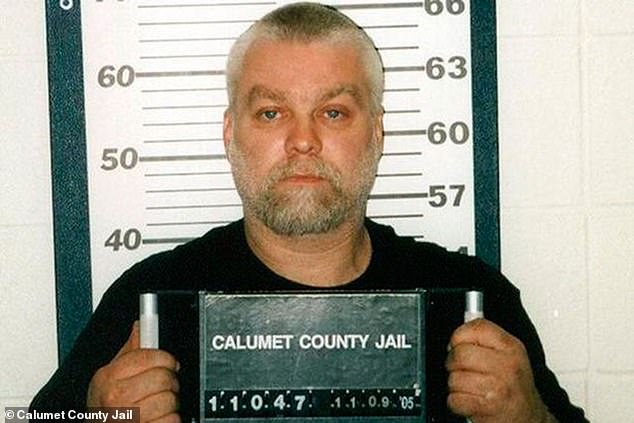 In the most severe cases, individuals can be left with ‘lasting fears of everyday tasks’ like walking down the stairs or being alone. Pictured, Steven Avery whose story was at the centre of Netflix true crime series Making A Murderer

‘Simply, our brains switch from being curious to paranoid. Many people often refer to it as a constant fear or underling worry about things they were not concerned with to the same degree as before.

‘Particular with psychological crime that taps into our deep emotions, the brain’s cognitive ability can be affected, which is essentially the core mechanisms of the brain – from how it works, thinks and recalls and remembers information.’

How to consume true crime ‘responsibly’

The experts shared their advice on how to ‘enjoy’ true crime without damaging your mental health, saying it should be thought of like junk food and consumed in moderation:

Mr Surtees said that in the most severe cases, individuals can be left with ‘lasting fears of everyday tasks’ like walking down the stairs or being alone.

Other symptoms can include a lack of sleep, nightmares or increased anxiety or stress levels.

Dr McClymont said true crime should be consumed in moderation, in the same way an individual might enjoy junk food or other ‘guilty pleasures’ like reality TV.

‘If you become too heavily entrenched in trying to understand or unpick the brain of a psychopath for example, you can lose yourself down a rabbit hole,’ she said.

While being an armchair detective can be satisfying, stimulating and even entertaining, real criminal psychologists have extensive training to ensure their mental health isn’t sacrificed.

‘It is widely recognised that looking at such abnormal behaviour has its consequences on our own mental health.

‘Someone who is simply watching a TV show or listening to a podcast is not doing so with the same degree of intensity but it still could have negative consequences.’

Mr Surtees warned that true crime fans should take a step back if they find themselves still thinking about a podcast, book or documentary an hour or two after it finishes.

‘If this is the case then it is time to take a healthy break and distract yourself. So start keeping a track of your consumption,’ he advised.

‘Then get busy and engage in another activity to redirect your mind’s thought pattern.’

Fans experiencing this level of mental distress should also limit their consumption to an hour a day and make sure to watch or listen to true crime alongside a range of other genres.

He added: ‘You will be breaking any subliminal or conscious obsessive thoughts in their tracks.

‘But if you feel your anxiety is being triggered and fear taking hold then it is strongly advisable to connect with others and take a longer break.

‘Talking to friends and family can really help and other coping mechanisms, such as, daily hypnosis can help ease your worries by rewiring our minds to think differently and have a more positive thought pattern.’