Home » Lifestyle » Is YOUR dating app bio putting you at risk of fraud? 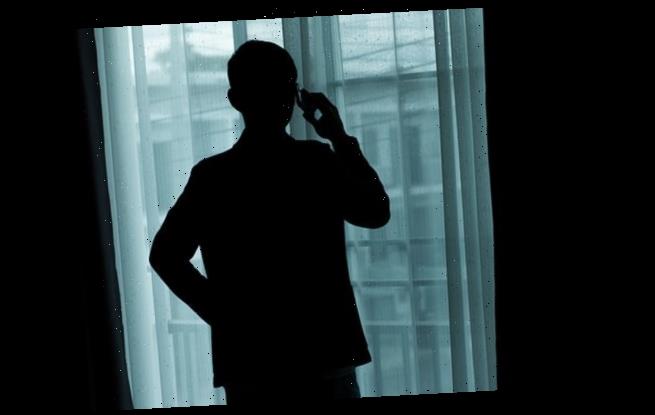 Is YOUR dating app bio putting you at risk of fraud?

Is YOUR dating app profile a magnet for scammers? Con artist in his 20s says he preys on ‘older, less attractive’ women because they’re ‘desperate’ – and reveals the phrases that make you a target

A fraudster who has conned women out of ‘tens of thousands of pounds’ using online dating sites has revealed the key profile features he looks for when scoping out potential targets.

The ex-prisoner, identified only as Jamie, spoke to BBC’s File On 4 about how he convinced women to transfer him thousands of pounds while he was behind bars by pretending to be interested in them romantically.

The 20-something, who operated using an illegal mobile phone in his cell, explained he seeks out ‘older’ and ‘less attractive’ women because they seemed more ‘desperate’.

He added phrases that indicate a woman wants to settle down – such as “looking for a relationship” or “I just want happiness” – makes them more likely to be targeted because they’ll be less suspicious of attention. 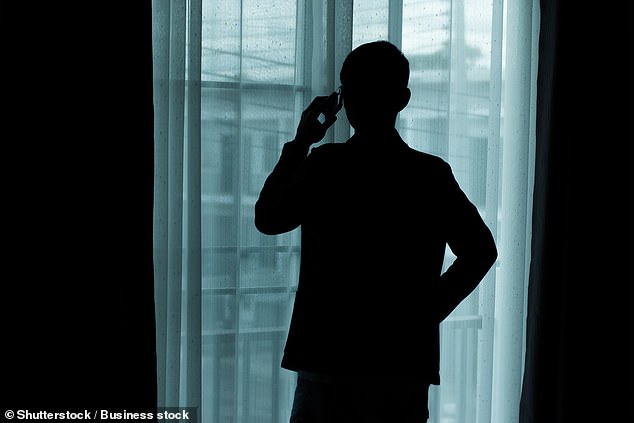 The ex-prisoner, identified only as Jamie, spoke to BBC ‘s File On 4 about how he convinced women to transfer him thousands of pounds while he was behind bars by pretending to be interested in them romantically. Stock image

There has been an increase in the number of cases of so-called romance fraud – when a potential love interest cons you out of money – over the last year as lockdown has created the ‘perfect landscape’ for scammers, with people feeling lonelier and more isolated.

‘It sounds bad but I’ll look for a girl that looks like she’s lonely and doesn’t have attention. And if a good looking man pops up out of the blue and gives her attention, she’ll do anything to keep that attention.

He continued: ‘I would go for older women. For them to be on a dating app means they are a bit desperate. I would look at their bio and the key words to me would be “looking for a relationship”, “I just want happiness”, something like that.

‘Those kind of things. You can tell after a while, trial and error, you become an expert in it, to be honest [in] looking for the desperation.’

Jamie said he was drawn to women who were ‘older’ and ‘less attractive’ who seemed like they ‘didn’t get much attention’ from men because they would be more receptive to his advances.

He added he has become an ‘expert’ in sniffing out desperation and is drawn to key phrases like:

Jamie explained how one woman transferred him £10,000 while he was in prison.

‘With that specific girl (£10,000), my mate put me onto her,’ he explained. ‘He said “there’s this girl that’s rich but she’s not that nice looking”… So I said give me her number. At that time I had a phone in jail.

‘At first I didn’t tell her I was in jail because I didn’t know how she would react. Then slowly, slowly, once I realised I’d got her, she likes me, I think the best thing to do is to tell her I’m in jail.

Jamie said he doesn’t feel bad about what he does because he simply ‘doesn’t think’ about the women involved.

‘It’s something that I used to do a lot because it’s one of the easiest ways to get money,’ he said, explaining why he targets women online. ‘If you’ve got a girl there and she works and she’s into you, why not ask her to send money over?’

In 2020 there were nearly 7,000 reports of so-called romance fraud, costing the victims almost 70million.

UK Finance says there was a 20 per cent rise in bank transfers relating to romance fraud during the pandemic.

PC Bernadette Lawrie, Financial Abuse Safeguarding Officer for Surrey and Sussex Police, explained that while some types of crime have been impacted by lockdown restrictions, online crimes like romance fraud have been able to continue.

She said: ‘Lockdown has created the perfect landscape for fraudsters. It’s a crime type that’s enabled by the internet and therefore has been able to carry on despite the lockdown.

‘Loneliness, isolation, removal of that physical interaction and social interaction for people has been so unprecedented. And obviously people have seen changes in their own personal relationships. So they’ve been resorting to online contact, online relationships, on a scale that we haven’t seen before.