Home » Lifestyle » Is your American Girl doll worth thousands? Here’s how you can check 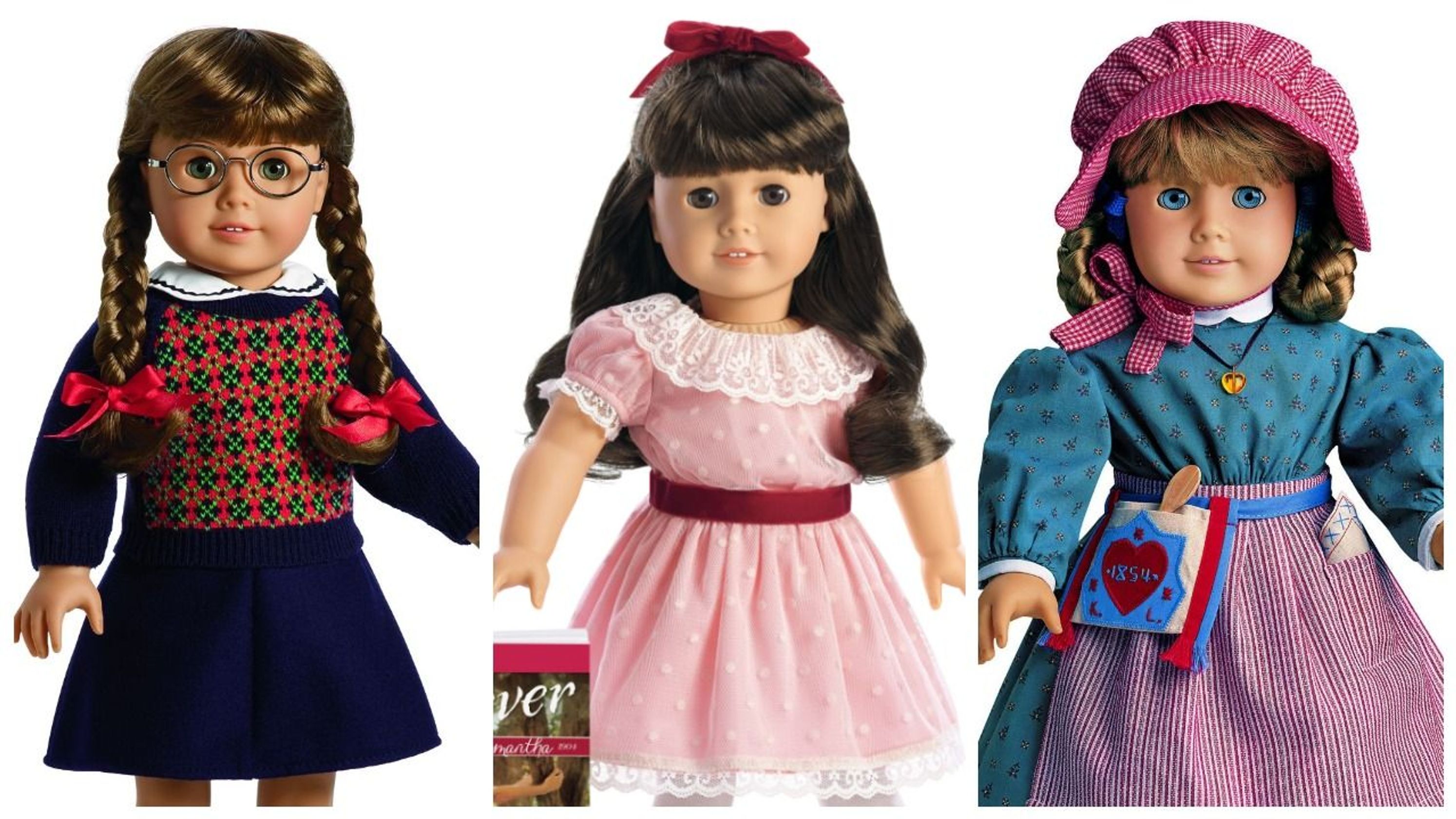 Is your American Girl doll worth thousands? Here’s how you can check 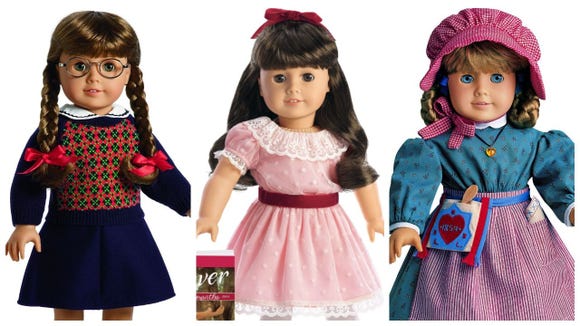 Molly McIntire, Samantha Parkington and Kirsten Larson were the first American Girl dolls produced in 1986 that could be worth a lot of money if they are in top condition. (Photo: American Girl)

Remember the ’80s Cabbage Patch Kids craze? And the ’90s when car dashboards spilled over with Beanie Babies?

Some people never let a kid touch those novelties and cast an eye to the future, hoping these “it” toys would rain astronomical amounts of money someday.

That’s precisely what made them worthless, said Josh Levine, a collectibles expert and owner of J. Levine Auction & Appraisal in Scottsdale, Arizona.

You know which doll breaks the collectible-gone-wrong mold? Barbie, because, well, she’s the reigning monarch of doll collectibles.

If Barbie is queen, American Girl dolls are the princesses.

“Dolls are usually a loser’s game,” Levine said. “But I was pleasantly surprised. There is a decent market for American Girl dolls every day of the week.”

There is a set of American Girl dolls, including Samantha, Molly and Addy with multiple outfits and furniture, for sale on eBay right now for $11,500. The dolls, originals made by the Pleasant Company before it was sold in 1998 to Barbie-makers Mattel, are extremely valuable to collectors.

Big money in the little dolls

American Girl dolls and accessories that have sold on eBay in the last three months include:

An idea with heart

While organizing some old files I found a ton of AG stuff that I thought I'd share. I have lots of vintage catalogs, magazines, books, and of course dolls from the late 80s and 90s that I'll be sharing. I'll post credit when I know the original source, but if I don't please feel free to tell me and I'll give credit ASAP ❤️

American Girl was first marketed in 1986 by the Pleasant Company in Middleton, Wisconsin. Former teacher Pleasant Rowland created the 18-inch dolls and gave them backstories of young girls living during important times in American history. Each doll came with her own historically appropriate book and clothes. Rowland’s idea was that “girls could play out the stories.”

The doll’s had personality, culture, challenges and heart.

The first three dolls released in 1986 are among the most valuable to collectors.

The 11 original Pleasant Company historical character dolls, especially if they’ve been retired like Felicity, can fetch hundreds if not thousands, on eBay.

Now the company sells more than four dozen versions of the dolls, including a limited-edition “Girl of the Year.”

In 1995, the company introduced what would become the My American Girl line with customizeable dolls that allow girls to select skin, hair and eye colors so the doll can look just like they do. 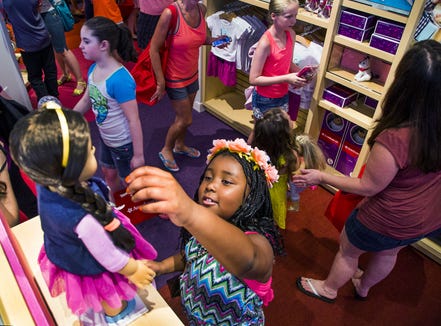 American Girl has worked to diversify its collection in the last few years. (Photo: Tom Tingle/azcentral.com)

The first American Girl store opened in Chicago in 1998. Now there are 20 across the country and international locations in Canada and the United Arab Emirates, according to the company’s website.

What makes an American Girl doll worth a lot of money?

If you loved your American Girl doll soooooo much, she went everywhere with you – from parks to family parties – and you styled her hair like yours and applied make up, that’s precious. But it’s not going to fetch you much cash.

Most of the dolls and accessories that sell for triple figures and more are in unopened boxes or are gently used. Other things to note about items that sell well:

In addition to being among the original dolls released by the Pleasant Company, limited-edition dolls, like Hawaiian doll Kanani, that are on the market for only a year, also are valuable. 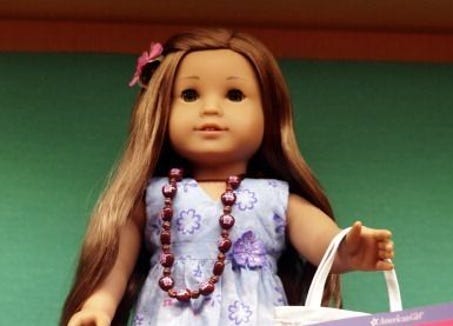 A Kanani Akina doll was a 2011 limited-edition Girl of the Year and is highly coveted among collectors. (Photo: Getty Images)

Levine does a lot of business in auctioning jewelry and guns, many that have tantalizing stories connected to the owners. Those stories always up the ante.

When he first walked by an American Girl store in Scottsdale, he didn’t understand the draw of parents and children packed inside until his wife explained it to him.

“‘They’re not just dolls,’ she said. There’s a whole story to them and books, too. After she explained it to me, I was like, ‘Oh, I get it now. I see why they’re so popular.'”

Emmerdale spoilers! 15 of the biggest storylines still to come