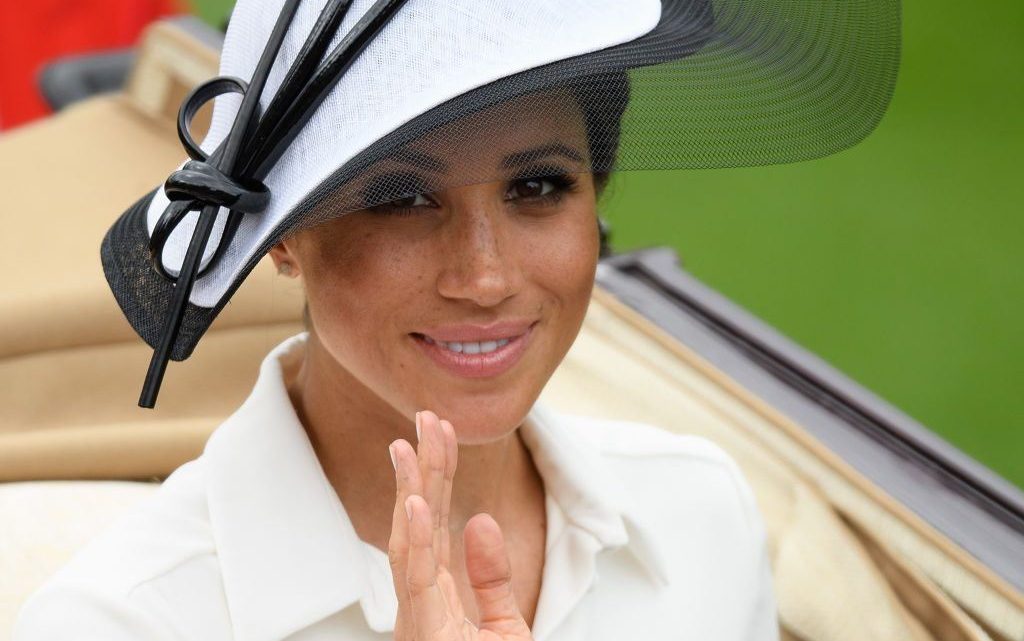 The royal family must follow strict rules when it comes to what they can wear. Women must wear skirts or dresses that come down to at least the knee, no wedge heels are permitted, everyone except the Queen must wear neutral colors, always wear pantyhose, the rules only allow clear or pale pink nail polish, and many more.

While Kate Middleton has subtly broken a fashion rule once or twice since she became the Duchess of Cambridge, such as wearing wedge heels in the presence of the Queen, Meghan Markle recently attended an engagement with a new look. It has fans wondering whether the ultra-strict Queen Elizabeth approved.

What was Meghan Markle’s new look?

Meghan Markle single-handedly made the “messy bun” one of the most copied styles of all time. She has worn it to many engagements that she attended alone or along with Prince Harry. The look suits her well. So well, in fact, that Meghan had her hair styled this way as she wed Prince Harry.

When Meghan stepped out of the car at the Association of Commonwealth Universities, fans were surprised to see her hair tightly pulled back into a sleek, high bun. While the Duchess looked absolutely stunning, it remains to be seen if Harry’s grandmother approves of the look, which is slightly more Hollywood than royal.

Why is the new hairstyle possibly against royal rules?

In the months leading up to and immediately following her wedding, Meghan was criticized for not dressing conservatively enough. She has previously worn off the shoulder dresses and sleeveless ensembles, as well as a sheer, black dress that she donned for her and Harry’s engagement photo shoot. With the Royals always being seen in clothing and hairstyles that are more conservative than trendy, fans are left wondering if Meghan’s new hairstyle was deemed appropriate.

Have other royal family members ever broken the fashion rules?

It seems as if there are some royals who enjoy wearing styles that go against protocol. There are many pictures of Princess Diana wearing brightly colored nail polish to official engagements, despite the Queen frowning upon the color choice.

Kate Middleton has also carried out a few royal duties wearing pants, which again, is against protocol. And Princess Eugenie, daughter of Prince Andrew and Sarah Ferguson, has been seen on many occasions wearing outfits such as leather dresses, bright colors, and unconventional holiday attire, all of which stray from the formal rules of the Royal Family.

Is Meghan a rule-breaker?

While Meghan may not be considered an official rule-breaker, she does tend to put her own personal touch on whatever she wears! She has been photographed wearing a dress without tights, wearing all-black outfits, and wearing daring dresses with a high side-split. It appears that the Queen is willing to let the little things go, as Meghan continues to bend the royal fashion rules just a little when she makes appearances. Fans certainly do not mind, as Meghan looks fabulous in every outfit that she is seen in!

Ever since the Duchess of Sussex announced her pregnancy to the world, she has been making quite a statement with her choice of maternity clothing. Almost every outfit that Meghan has been photographed in has showcased her growing baby bump, a far cry from the looser, more covered up outfits that Kate Middleton chose during all three of her pregnancies. Perhaps Meghan is putting a brand new spin on what is and is not allowed when it comes to choosing her clothing for royal events.

We can’t wait to see what fashion choices Meghan has in store for the future!