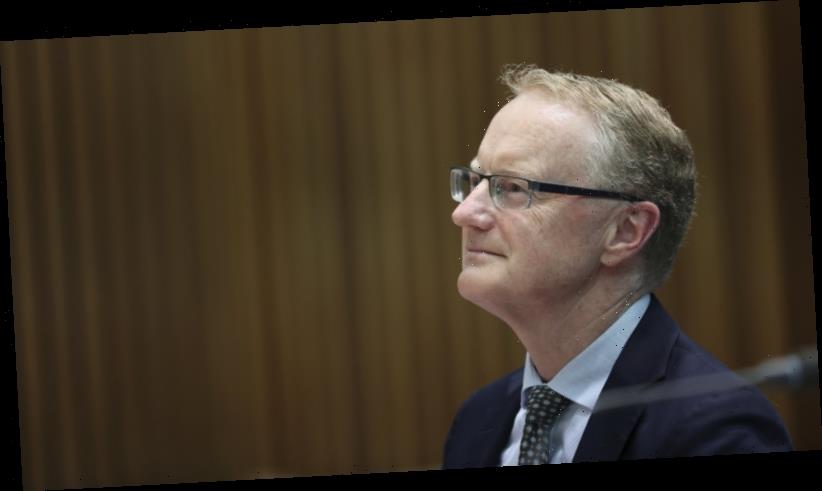 Interest rates may remain at record lows until 2025: RBA governor

Interest rates could remain at record low levels until the middle of the decade, Reserve Bank governor Philip Lowe says, even though he believes the economy is recovering far better and faster than expected from the coronavirus pandemic.

Giving his first ever address to the National Press Club in Canberra on Wednesday, Dr Lowe said it would be “premature” to withdraw the significant economic support being delivered by the RBA through both interest rates at 0.1 per cent as well as more than $300 billion in direct support through government bond purchases and cheap cash to commercial banks. 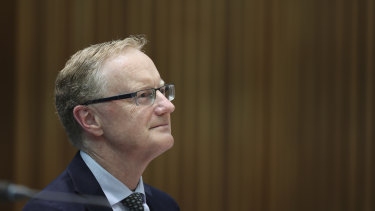 RBA governor Philip Lowe said “interest rates are going to be low for quite a while yet”.Credit:Alex Ellinghausen

Dr Lowe said official interest rates would not be increased until inflation was “sustainably” between 2 and 3 per cent which also required much stronger wages growth.

“It is difficult to determine exactly when this condition might be met but … we do not expect it to be before 2024 and it is possible that it will be later than this,” he said.

“[The] cash rate will be maintained at 10 basis points for as long as is necessary.

“So the message is this: interest rates are going to be low for quite a while yet.”

The economy is expected to grow 3.5 per cent over 2021 and 2022, Dr Lowe said, with GDP to return to its pre-pandemic level by the middle of this year. This recovery is six to 12 months earlier than the RBA previously forecast.

Despite the recovery, the economy is about 4 per cent smaller than what it had been expected to be with Dr Lowe describing this as a “big gap”.

A key headwind is the slowdown in population growth.

When the bank’s previous forecasts were prepared population growth was expected to reach 1.6 per cent a year for 2020 and 2021, but now this is likely to fall to 0.2 per cent next year due to restrictions on international travel due to the coronavirus pandemic.

“Notwithstanding this recovery, we are not expecting the level of GDP to return to its previous trend over our forecast period,” Dr Lowe said. “This is largely because of lower population growth.”

The labour market has also improved faster than initially expected. The RBA’s central scenario is for the unemployment rate to reach 6 per cent by the end of 2021 and to continue falling to about 5.25 per cent by mid-2023.

One of the unusual features of the COVID-19 induced recession has been a rise in household income, on the back of record levels of fiscal support. Much of these funds have been saved and the household saving rate jumped to 22 per cent in the June quarter to a near 40-year high.

Dr Lowe said household spending would hopefully continue to grow, noting the huge increase in household saving over the past 6 months.

While upbeat about household spending, Dr Lowe raised concerns about the level of business investment, which remains subdued.

“We are yet to see the same signs of a recovery in private investment that we have witnessed in household spending,” he said.

“An increase in private business investment is not only needed to support the economic recovery but also to build the productive capital stock that is needed for our future.”

Wages growth is expected to pick up from the current low levels, but slowly and it will remain below 2 per cent by the end of 2022 putting a drag on inflation. The RBA expects inflation to reach 1.25 per cent in 2021 and 1.5 per cent in 2022.

There are some risks for this scenario, such as coronavirus outbreaks and other bad news on the health front requiring additional restrictions and prompting households to save money. But more positive health news and jobs could see people “seek to catch up on spending and run down their extra saving buffers quickly”.