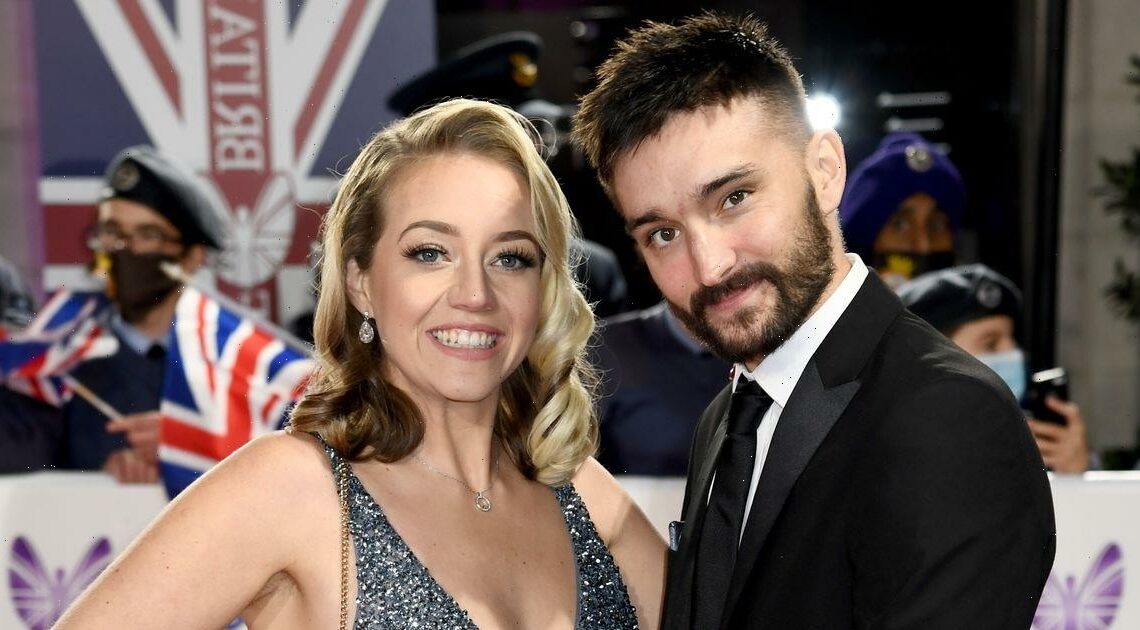 After meeting outside a London nightclub in 2009,Tom Parker tied the knot to “soul mate” Kelsey Parker in a lavish ceremony in 2018.

The Bolton-born singer, whose wife Kelsey announced the tragic news of his death earlier this week,married the “love of his life” at Ridge Farm in Surrey surrounded by friends and family.

The occasion, which was exclusively covered by OK!, was dubbed “the best day of our lives” by Tom.

But despite the undeniable happiness of the day, Tom revealed that only half of his bandmates were in attendance as Nathan Sykes and Siva Kaneswaran skipped the event.

“It’s weird, I emailed all the boys a few months ago and asked them to be ushers. As we’ve not all been together since 2014, I thought my wedding might have been a nice moment for it,” he told OK! at the time.

“Siva and Nathan said they’d like to but they didn’t know what they were doing at that time. Then it got closer and I needed their suit sizes. Siva said no and Nathan didn’t reply.”

Though two of his band members were absent, it didn’t stop Tom from injecting a bit of his The Wanted career into the big day as he made Max George and Jay McGuiness his ushers.

And in a video wife Kelsey, 32, posted on Tom’s birthday last year, the actress and businesswoman revealed that she and Tom had entertained crowds with a fun rendition of the group’s hit Glad You Came.

In the background of the clip, Max could also be seen giving the vocals a go, suggesting that the singalong was a group effort.

Given Tom’s career in music, it’s no surprise that the day was full of other dance-inducing tunes too.

With group The Function Band entertaining the party, guests including Rebecca Adlington were kept on their feet with a playlist including TLC’s No Scrubs and Stevie Wonder’s Signed, Sealed, Delivered, I’m Yours.

Elsewhere, the newlyweds enjoyed their first dance together to Oasis’ classic hit Don’t Look Back In Anger, in a gorgeous marquee which was decorated with white drapes, sleek white floors and cream flower walls.

Speaking of the party, Kelsey said at the time: “I've also always wanted to get married outside so it was perfect, and there was no time limit for how long the party could go on for.

“I was like, we cannot have our party stopping at 12am!”

To celebrate the fairytale occasion, beaming bride Kelsey wore a deep V-neck wedding dress before changing into a shorter long sleeved gown for the evening reception.

The All Time Low singer, who proposed to Kelsey in 2016, had previously postponed the big day as he performed as Dunny Zuko in the 2017 touring production of Grease.

Reposting a tribute made by Michelle Keegan, she wrote: “You knew how our love was so pure and honest,” with three red heart emojis, before adding: “soul mates until the end,” followed by a final red heart emoji.

For all the latest celebrity news, sign up to our daily newsletter here.