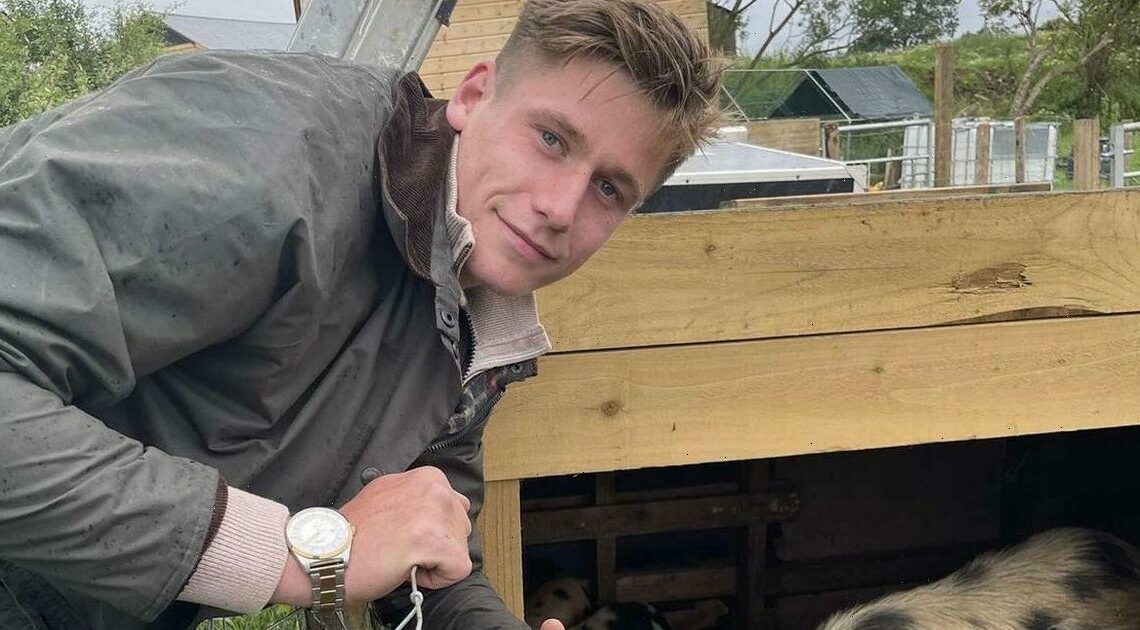 Love Island’s Will Young has swapped his countryside farm for a stylish villa in South Africa this winter in a bid to find love.

The 23-year-old farmer lives with his parents on their farm in Buckinghamshire but has left it all behind to jet off to sunny Cape Town for the ITV dating show.

Will regularly shows off his muscular physique on TikTok where he’s racked up more than one million followers by videoing his life on the farm.

He’s usually found shirtless and in some pictures, he’s given a glimpse of the reality of what living on farm looks like, with spectacular views across the Buckinghamshire countryside.

He has also shared snaps of his tractors, animal pens and stacks of hay bales.

Like any festival-goer will know, an English field isn’t complete without a healthy dose of mud and Will’s farm has no shortage.

In one recent video, Will jokingly crawls along the mud recreating the beach scene from Mamma Mia! and singling along to Abba’s Lay All Your Love On Me. “At this really nice British beach”, he wrote as the caption.

Ahead of appearing on Love Island, Will said he’s lived on the farm for his entire life, explaining: “Having grown up on the farm, it’s been quite difficult juggling relationships and work. Love Island will give me time away from the farm to solely go out and find love.”

In a chat with The Sun, farmer Will also revealed just how close he is to his family, saying: “I’ve lived at home all my life, I think the longest I’ve been away from home is seven days.

“So I would definitely miss the animals and my family, and I live next door to my grandparents as well. So I think that would be quite tough – getting out of that safe space and chucked in the deep end.”

But with animals still to feed and land to look after, taking time away from the farm isn’t easy.

Will, who is an only child, said a lot of thought went into the decision to go on Love Island.

Usually, him and his dad run the whole farm so now he’s in South Africa for a while, the family have hired an extra pair of hands to make sure it all goes smoothly.

The winter series, which kicked off this week, is being filmed in Cape Town, South Africa and according to the latest reports, the villa has impressive views of Table Mountain and is worth in excess of £5million.

This year's islanders can enjoy an Olympic-sized swimming pool, a rugby pitch, a zip line, a 400m running track and a private lake.