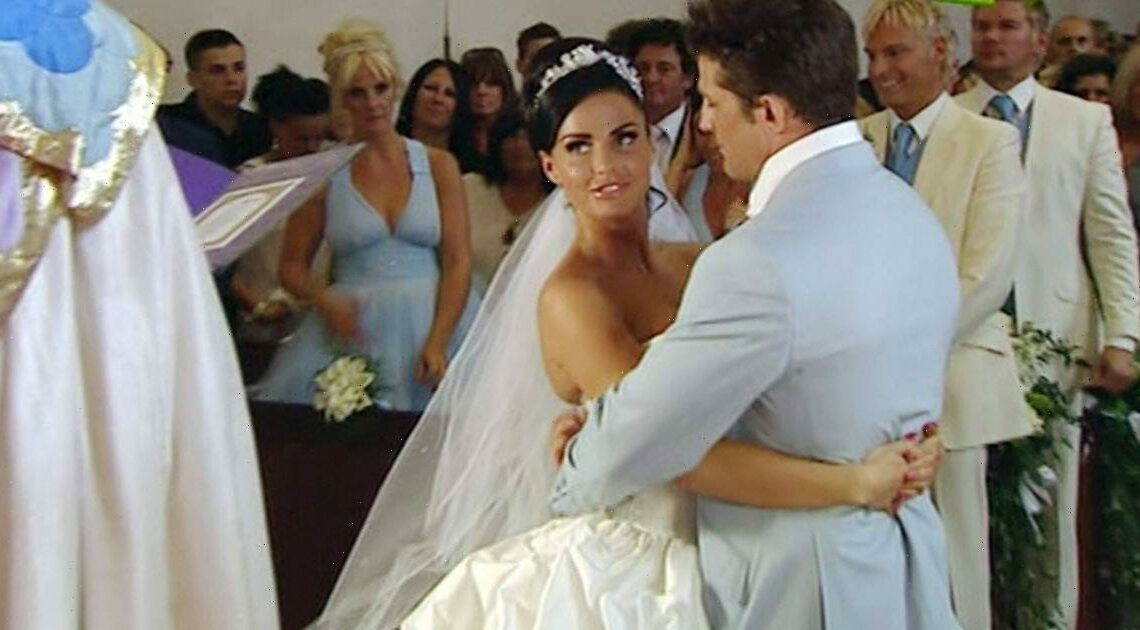 Katie Price is reportedly about to marry for the fourth time in a Las Vegas ceremony which will rename her Mrs Carl Woods.

However, this isn’t the first time that the former model has walked down the aisle and this will be Katie’s fourth marriage.

The mum of five was previously married another three times to different men for varying periods of time.

After they found love in the Australian jungle in the 2004 series of I’m a Celebrity, Get Me Out Of Here, Peter went on to pop the question to Katie in 2005.

They married at Highclere House later that year in a fairy-tale ceremony exclusively covered by OK! and the first dance was to their version of Disney’s A Whole New World.

The couple starred in countless fly on the wall reality shows and their daughter Princess was even born on one in 2005. Their first child Junior arrived two years before.

However, the cracks started to show a few years later and the couple divorced in 2009.

Peter Andre has since married NHS doctor Emily, with whom he had two more children.

The couple married in Las Vegas before reportedly heading to a strip club following their nuptials.

Back in the UK, they then hosted a huge celebration for family, friends, and their reality TV crew, back in the UK.

After reported heated rows and a fertility battle, the marriage only managed to last until March 2012.

He's currently engaged to blogger Nikki Manashe, with whom he has a daughter.

Katie married builder and part-time stripper Kieran Hayler in January 2013 after he proposed the previous Christmas.

This time around, the ceremony was ultra low key and a Bahamas beachside vow exchange in front of very few guests.

However, once back in the UK, the couple hosted a huge Willy Wonka themed celebration at a hotel in Weston Super-mare. Guests included Rylan Clark, Michelle Heaton, Lauren Goodger and Danielle Lloyd.

They later renewed their wedding vows on three occasions; once in 2015 and twice in 2017 and welcomed two children, Bunny and Jet.

However, their marriage broke down after it was alleged that Kieran had an affair with Katie’s best friend for seven months, including on a group holiday.

They began divorce proceedings in 2018, and Kieran is currently engaged to Michelle Penticost, with whom he has a son.

Charles is 'drawing a line' under Michael Fawcett scandal