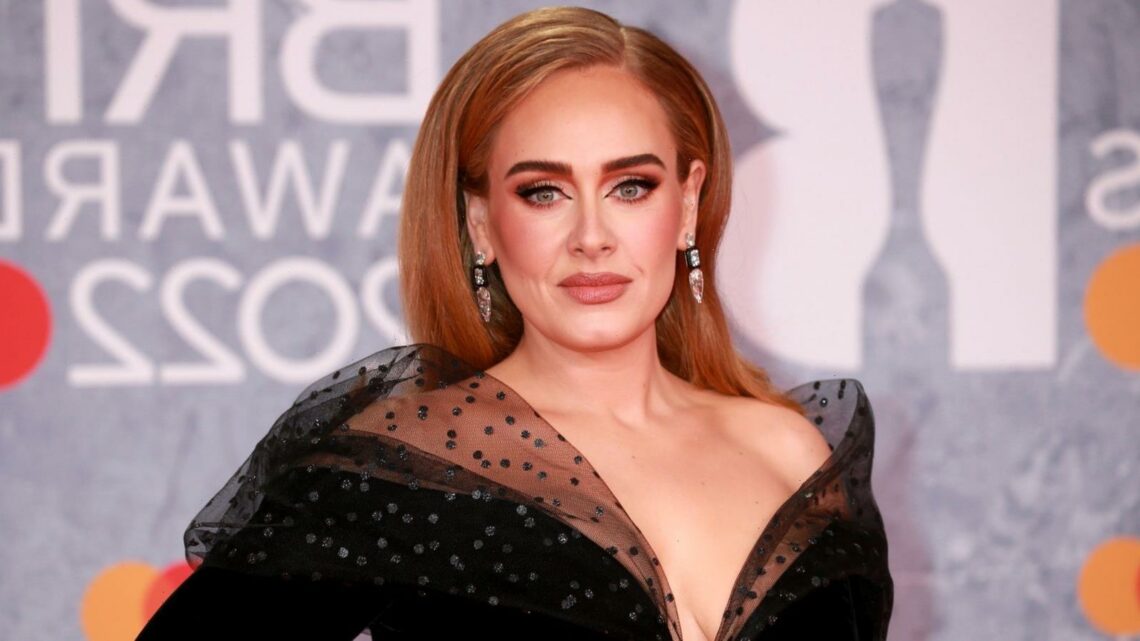 Adele is one of the highest-selling artists of all time and has amassed a whopping $220 million fortune from her music, album tours, and brand endorsements. The actress’ millionaire lifestyle features luxury vacations, automobiles, and real estate. The artist bought her first property in West Sussex for $11 million, which remains her primary residence to date. She also has purchased homes in Los Angeles as she divides her time between the two countries. Her newest real-estate add-on is a home built in 1994, which went on sale in early 2021. The property once owned by actor Sylvester Stallone is now under Adele’s incredible property portfolio for $58 million.

An extravagant estate that offers every amenity possible with a safe neighborhood on the outskirts of Beverly Hills, Adele’s newest purchase is a combination of quaint yet larger-than-life. Let’s look at the various luxurious amenities inside the $58 million estate.

The Historical Synopsis Of The Mansion

Sylvester Stallone, a notable figure in Hollywood since the early 1970s and has starred in several popular films that have amassed him a $400 million fortune. During the active years of his career, Stallone purchased a piece of land in Beverly Park in 1994 for merely $2.34 million. According to Forbes, he appointed the talented architect Richard Landry to design the home’s entire structure. Landry is also called the King Of Mega mansions of California as he has designed residences for famous corporate moguls and Hollywood celebrities. Stallone updated the structure of the home every few years and added upgrades.

RELATED: Inside The Marvelous $19 Million Hidden Hills Home Where Superstars, The Weeknd And Madonna, Have Lived

The original structure of the main house is Mediterranean style and remains secluded from the neighborhood. Almost invisible from the street, it has a long driveway that reaches the motor court drenched with mature trees and great landscaping. The rolling lawns, Italian cypresses, and boxwood hedges instantly catch the eye. The mega mansion also has an adjoining guesthouse that was also designed by Landry years after the actor had purchased the property, as noted by Yahoo Finance. The home was built with a Mediterranean theme; however, it has become a contemporary estate after several renovations.

The interior of the palatial house is a mix of the true beauty of LA homes as it features common motifs that include French doors, colorful furnishings, and Palladian doors. The mansion is spread across 21,000 sq. ft. of land and has eight bedrooms and twelve bathrooms. The kitchen is designed in pale blue and white shades with two giant islands and all-new appliances for a seamless cooking experience. The floor-to-ceiling glass walls in that room offer a stunning view of the Franklin Canyon. One of the most exclusive rooms in the house is the air-filtration system equipped Cigar Lounge, which has Vegas-style backlit cabinets and a wet bar, as noted by Dirt.

The Home Office inside the primary residence has Rocky-inspired artworks, including posters, busts, and memorabilia, as it remains his most famous movie series to date. Some of the collector’s items were included when Adele purchased the property in the home sale. The movie theater has plush curtains, a tiered seating space, and an elaborate stone fireplace. Additionally, a life-size poster on the wall of the 1956 classic movie Il Gigante stars James Dean and Elizabeth Taylor. The home also features a gym and an air-conditioned eight-car garage with an art studio in the back.

Outdoors, the home is as beautiful as the interior. The expansive grounds have rolling lawns and a large patio. As mentioned by the LA Times, at the edge of the infinity pool and patio, a second Rocky statue overlooks the mountains. Tall redwood trees surrounding the backyard cover the estate to offer utmost privacy. The view from the end of the infinity pool gives a 360-degree view of LA. Each balcony and terrace in the home offer a view of the mountains and city from all directions.

Beverly Park is one of the most highly-priced and exclusive neighborhoods in America and is home to only 61 properties, each more expensive than the other. Notable celebrities in the neighborhood include Magic Johnson, Mark Wahlberg, and Denzel Washington. Stallone decided to put the house on sale after his family moved to Palm Beach, Florida, in 2020 after purchasing an estate for $35 million. This is the fourth LA property that Adele has purchased, as she already has a $30 million estate in Beverly Hills, a cul-de-sac of three properties.

Stallone had put much effort into consistently redesigning his home over the years and initially listed the property for $110 million. However, he dropped the price to $80 million before Adele purchased it for $58 million, a 40% deduction from the original asking price. The home is a beautiful oasis that will offer Adele the privacy and comfort she deserves with her family.

READ NEXT: These 10 Celebrities Have Adorned Some Of The Most Expensive Tiffany & Co. Pieces