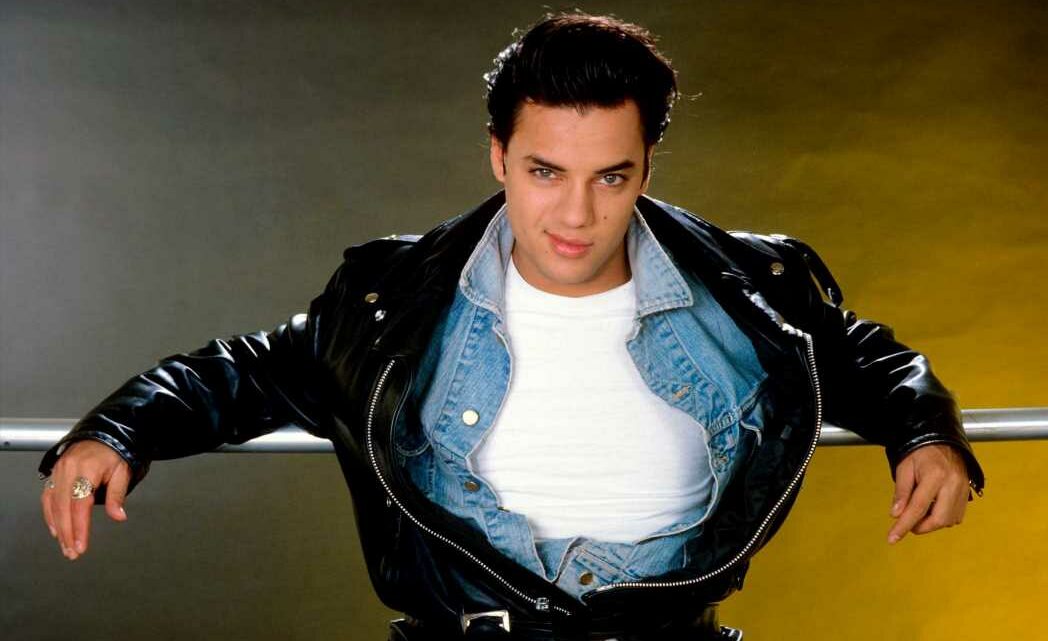 LONDON — The fashion and music industries paid tribute to British model and singer Nick Kamen, who died on Tuesday at the age of 59 in his West London apartment after a two-year battle with bone marrow cancer.

Kamen, whose real name was Ivor Neville Kamen and who was of half Burmese descent, broke into the fashion industry in 1984 when he appeared on the cover of The Face, shot by Jamie Morgan, who was a member of the disruptive Buffalo collective alongside Kamen and his brother Barry, who passed away in 2015, as well as stylists Ray Petri, Marc Lebon and Judy Blame.

Matthew Whitehouse, editor at The Face, described Kamen as “brilliant” and “the height of cool.”

“The magazine has gone through several iterations of staff since he graced the cover of our Winter Sports issue in 1984, but he was still, to me, all these years later, the ultimate,” he told WWD.

“There was obviously something incredibly classic about his looks. Like a ‘prepubescent Elvis,’ as we dubbed him. But that first ’84 cover still looks so new. So optimistic. When I first came to work at The Face, I tried the denim jacket under a leather jacket in homage to Nick. It didn’t look half as good on me,” Whitehouse added.

In popular culture, Kamen was best known for his appearance in the 1985 Levi’s 501 commercial shot in a launderette, as well as hit songs like 1986’s “Each Time You Break My Heart,” which was produced by Madonna, and 1990’s “I Promised Myself.”

According to a BBC radio interview in 1986, Madonna was taken by Kamen’s “charisma” and “beautiful voice” and signed on to work with him on the song, which was a synth-pop track leftover from her third album, True Blue.

Paying tribute following his death on Twitter, Madonna described Kamen as “a kind, sweet human,” and said “it breaks my heart to know you are gone.’ 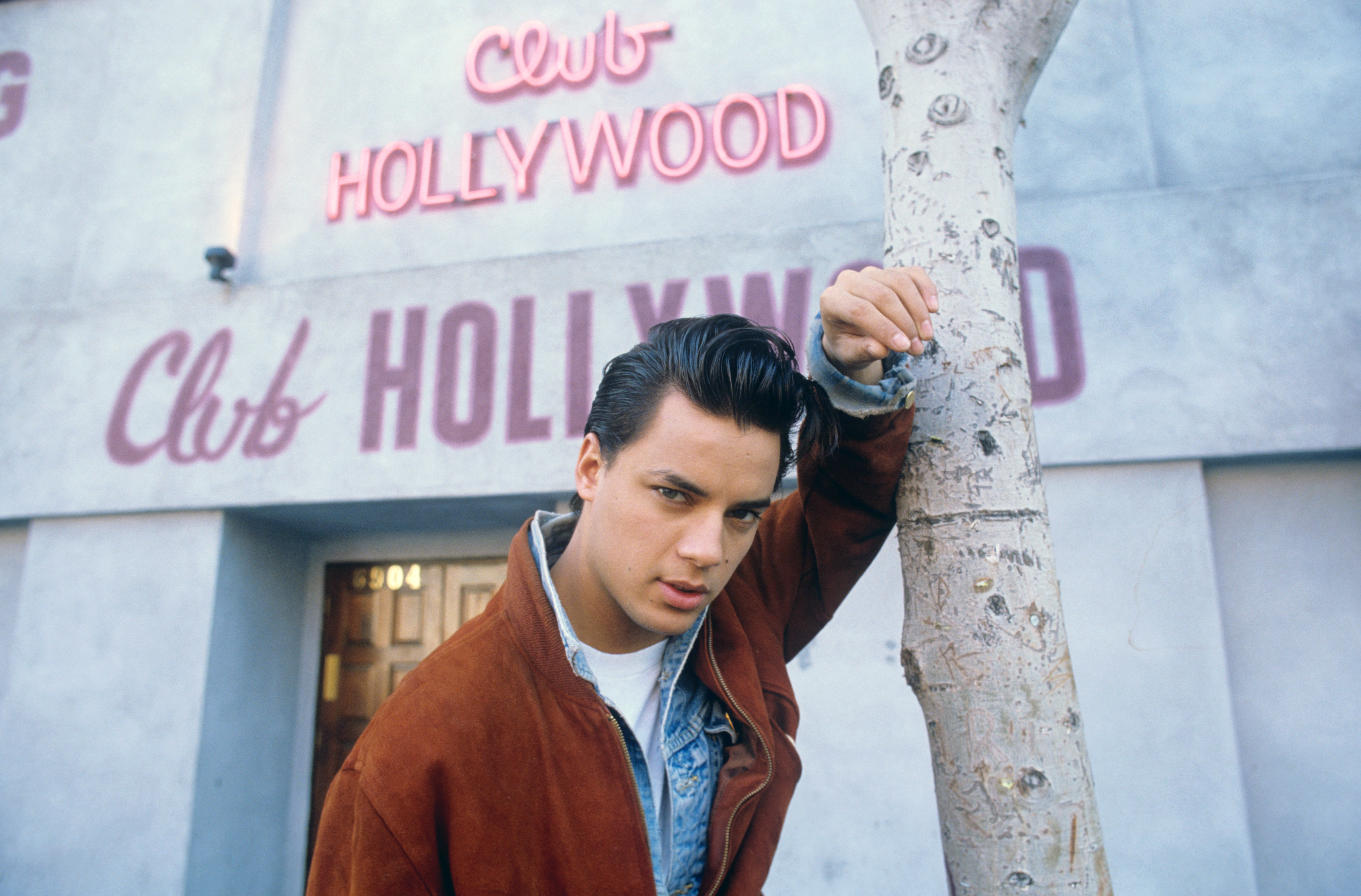 Fashion designer Wayne Hemingway said in an interview with the BBC that  Kamen’s Levi’s commercial led to a change in what men wore under their jeans.

“This was an advert that came totally out of club culture, and back then club culture was totally underground. We didn’t have the internet we didn’t have social media, so things stayed underground and this brought a movement on to mainstream telly,” he added.

In a post published last year on Levi’s website, the brand detailed how the ad became a cultural phenomenon and made Kamen a global sex symbol.

“Dressed in a T-shirt and 501 jeans, model Nick Kamen immediately caught the eye and interest of everyone watching him onsite and onscreen. The plan was for Nick’s gorgeous good looks and athletic build to inspire Nick want-to-be fans to dress the same. It worked — sales skyrocketed after the ad, by a whopping 800 percent according to some estimates,” the brand said.

Kris Van Assche, a longtime fan of Kamen and former artistic director at Berluti, described him as “the ultimate icon,” as he was “full-on fashion in the Buffalo movement” and  “full-on naturally sexy in the 1985 Levi’s commercial.”

He told WWD that, “Nobody wore a white T-shirt and jeans like he did, and the same can be said for the women’s leather skirt paired with Dr. Martens! He had it all: beauty and sexiness and enough character and humor to make him irresistible.”

The Belgian designer also played with the concept of a laundromat, which was a clear tribute to Kamen’s Levi’s ad in his own label’s fall 2008 men’s wear collection. 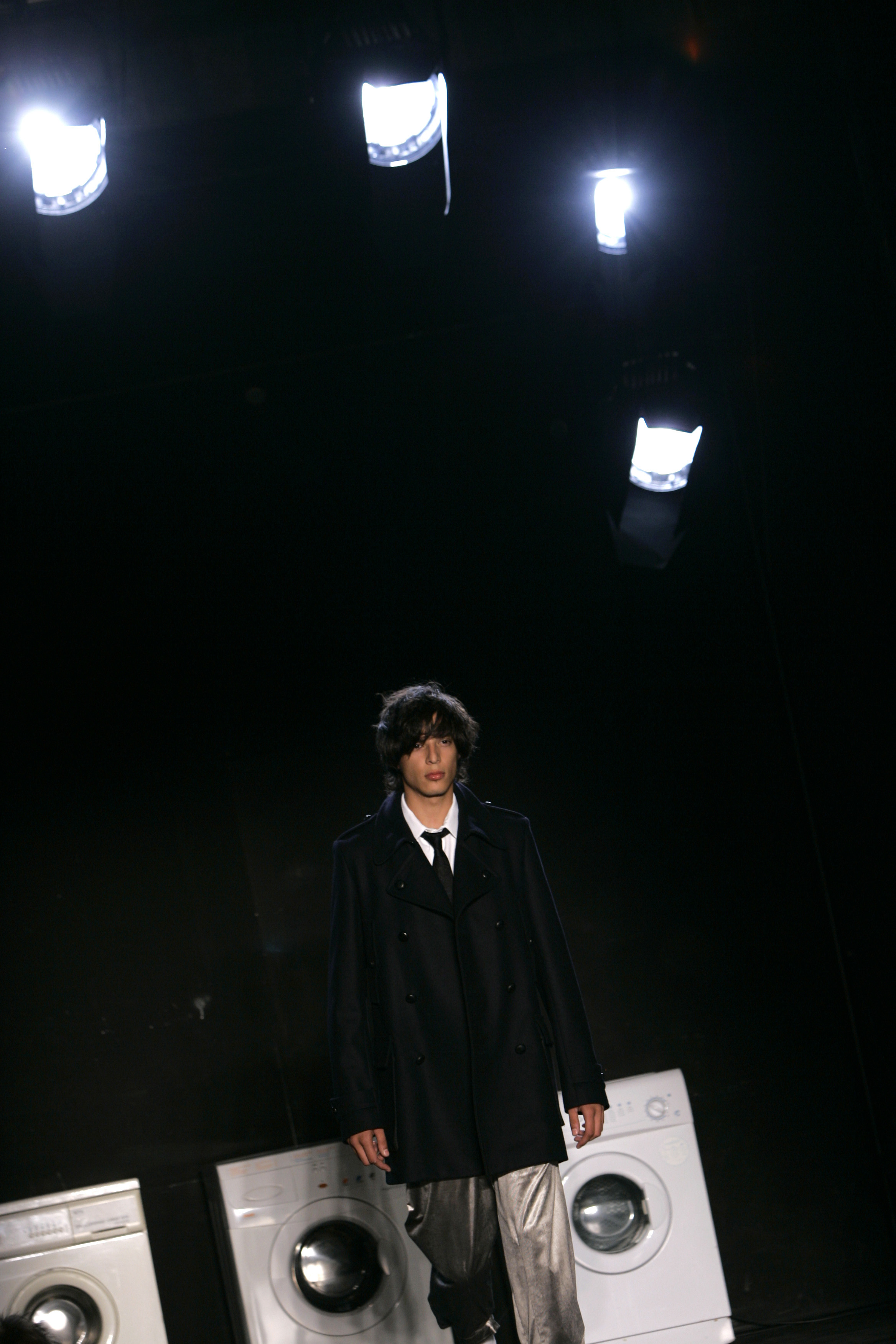 A model wears a creation by Belgium’s Kris Van Assche as part of his men’s fall 2008-2009 fashion collection, which was inspired by Kamen’s Levi’s 501 launderette commercial, presented in Paris, Jan. 18, 2008. AP Photo/Christophe Ena

Other designers that have referenced Kamen or the Buffalo movement in recent years include Astrid Andersen, Osman Yousefzada and Kim Jones for Dior Men.

Italian fashion designer Francesco Scognamiglio told WWD that Kamen has been a point of reference in the most important years of his life.

“His music has been the soundtrack of so many moments, it reminds me of my seaside house in Calabria and of my encounters with very special people. Along with his songs, he has also been an aesthetic reference that definitely marked my personal path, and not only that. His has been the ultimate male singer for me and indeed he has been discovered by Madonna, the woman I’ll always be grateful to,” he said.

Anne-Marie Curtis, founder of The Calendar Magazine, and former editor in chief of Elle UK called Kamen “an icon and inspiration.”

“These images of him created for The Face by Jamie Morgan and Ray Petri was one of many [I] had plastered on my bedroom wall as a teenager in the suburbs and ignited my desire to work in fashion. Gone too soon. Sending love and condolences to his friends and family,” she wrote on Instagram.

Fashion photographer Glen Luchford commented that, “No one, and I mean NO ONE personified cool like the Kamen Brothers. I found myself following them around the studio, hanging on to every word and gesture.”

Fashion designer Pam Hogg said Kamen was “such a beauty in every way,” but was glad that “so many had the privilege to know or even just meet him.”

Amanda de Cadenet, Kamen’s former girlfriend and media personality posted a 1998 throwback image of Nick with her daughter Atlanta on Instagram and wrote: “My experience of you, and our time together was that you spent much of your days making art, cooking, traveling, and chanting. Your practice was the most important thing in your life, and I know that your last breath would’ve been Nam-myoho-renge-kyo. Hope you are with your beloved brother Barry now.”

Did Prince Charles’ Instagram Message To Archie Have Hidden Meaning?