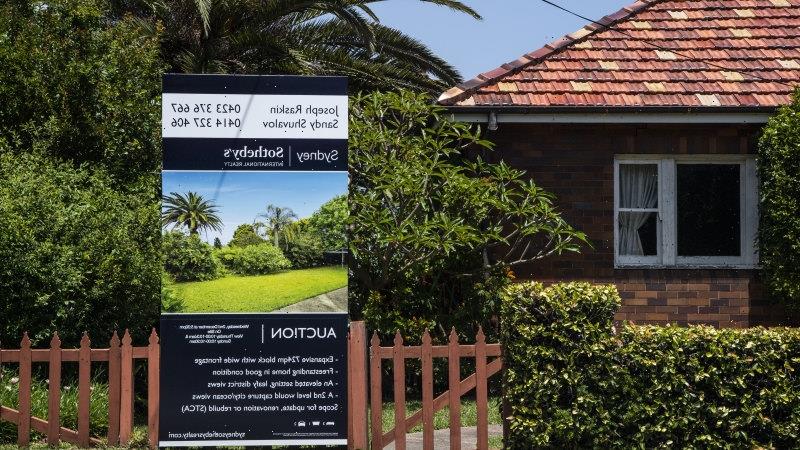 Australian regulators have been urged to cool the booming housing market, with the International Monetary Fund warning a property price correction would pose a significant risk to the nation’s economic stability.

Tightening restrictions on lending is among major recommendations from the IMF to take the heat out of the property sector along with ramping up home building and reforming generous housing-related tax benefits. 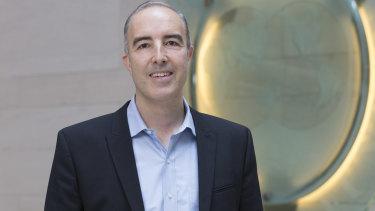 Harald Finger, International Monetary Fund mission chief for Australia, has warned about the heat in the property market.Credit:Stephen Jaffe, IMF

Its report released on Friday warns the economy faces several risks, including the spread of the Delta strain of coronavirus, geopolitical tensions, climate change and a housing market correction.

While there are signs the boom has started to slow, house prices nationally are up 15.8 per cent since the start of 2021 – their fastest rise in 32 years – as wages grow at an annual rate of just 1.7 per cent. The average mortgage size has increased by $200,000 in NSW over the past two years and is surging in Victoria too.

So-called macroprudential rules, overseen by the Australian Prudential Regulation Authority, can be tweaked to require banks to reduce lending to particular sectors, such as investors, or require higher deposits. The regulator has indicated it could impose credit restrictions should risks escalate. Several economists have forecast APRA would intervene in the property market this year.

“Increasing interest rates now would not be the right instrument because that would endanger the broader recovery and inflation prospects and so the better way is then to use macroprudential measures that are much better targeted than monetary policy can ever be to work on the financial stability issues related to housing,” he told The Sydney Morning Herald and The Age.

“We think that setting macroprudential measures would be the right thing to do now, to rein in the possible build-up of financial stability risks in housing.

“Whenever you see such a fast rise in house prices, it will be tempting for some to get ahead of themselves into the housing market in ways that they shouldn’t have done.”

The IMF is concerned surging housing prices are creating both affordability and financial stability concerns. Research this week from the University of NSW showed the proportion of households in stress has climbed to 42 per cent from less than a third over the past 15 months.

The first few months of rising prices across Australia was dominated by home buyers taking advantage of low mortgage rates, and federal government grants and support, the IMF said, but now higher debt-to-income mortgages were increasing and investor demand was returning.

“Lending standards should be monitored closely, and macroprudential measures should be employed to address incipient risks. Options include increasing interest serviceability buffers and instituting portfolio restrictions on debt-to-income and loan-to-value ratios,” the IMF report said.

The RBA has been monitoring lending standards closely during the coronavirus pandemic to ensure risky mortgages do not become widespread but has so far not identified any need to step in.

Last week, Treasurer Josh Frydenberg told Sunrise he was “focused on the issue of housing affordability” and it was an international problem with most countries having price booms alongside historically low interest rates.

“That being said, the key going forward is going to be more supply. That’s planning, that’s zoning, that’s land release to get more supply into the market because we know demand is there,” Mr Frydenberg said.

“We also know because of these historically low interest rates, actually the amount of people’s disposable income they spend on their interest repayments, are actually back at the levels they were in the early 2000s.”

A federal inquiry into housing affordability and supply, led by Liberal MP Jason Falinski, has received submissions warning about rising inequality and the need for an overhaul of planning regimes, stamp duties and other property taxes.

In its report, the IMF also encouraged policymakers to consider housing supply reforms, including better planning, zoning and infrastructure, as well as incentives to local councils to streamline zoning regulations and improve infrastructure.

Promoting flexible working arrangements was also pointed out as a possibility, helping move workers out of cities and improving affordability.

“In addition, governments should focus on providing targeted fiscal support for low-income households and expand social housing,” the IMF said.

He said a failure to tackle housing supply and affordability issues would have a multi-generational impact.

Deloitte Access Economics partner Chris Richardson said the Reserve Bank had one “big weapon” and was right to have entirely focused interest rates on helping the economy through COVID-10.

He said people who had taken on mortgages were well-placed compared to other times historically to repay and credit quality measures did not seem too bad.

However, he said the more stretched the rate of wealth to income the greater the risk in the system.

“We should have a good look through the macroprudential toolbox … but I don’t think it’s a disastrous risk.“

My daughter stopped using nappies at 2 weeks old & is now toilet trained – we’ve saved a fortune, any parent can do it