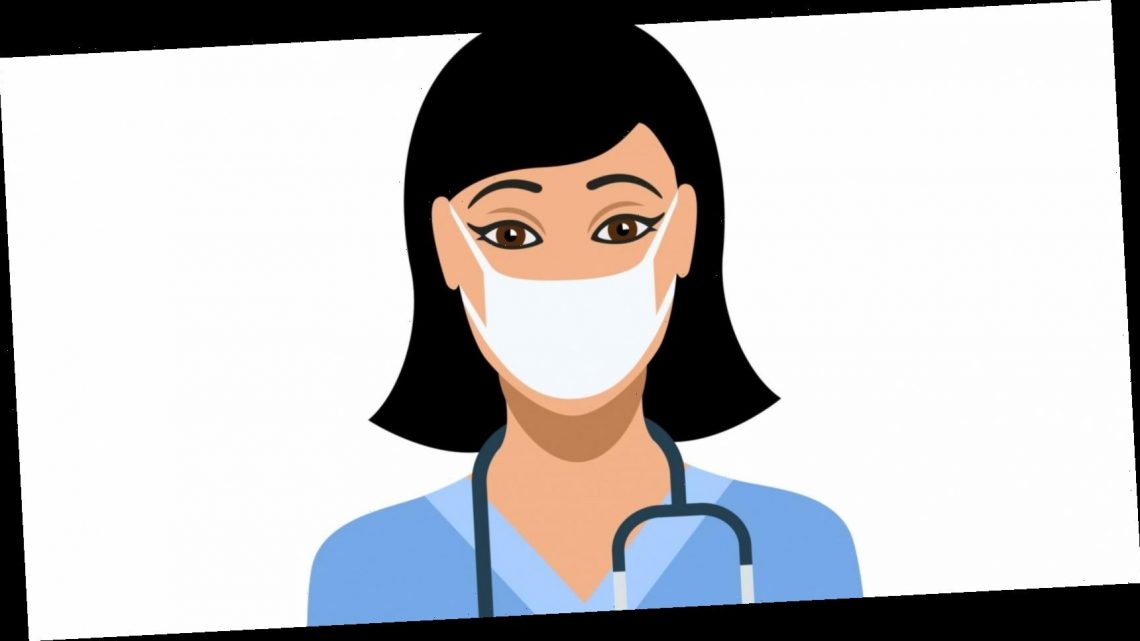 Following the government’s decision to prematurely end the paid placements student nurses were offered during Covid-19, Hannah Coles shares her experiences of what it’s really been like to work on the wards.

I decided to study nursing because I always wanted to look after others in my job: making a difference and doing something to help people get better. I never thought of doing anything else.

As soon as I got accepted for an adult nursing course, I started to realise what the situation was. I began my studies when the NHS bursary was scrapped in 2017. I got a bigger loan for studying and living in London, but that all went on my rent. Add to this the £22,750 tuition fees and I’ll be in £60k debt at the end of my degree – I feel like this will always be a financial burden in my life. Without the support I have received from my parents, I wouldn’t be able to finish my studies. An awful lot of people in my cohort left because they couldn’t continue to finance themselves while studying the degree.

We don’t get paid; in fact, we’re paying to be there. It does knock you down a bit, considering how much work we put into our studies.

When I first heard about the coronavirus outbreak, I wasn’t sure how seriously to take it. I had just been on a placement and was spending a few weeks at home, while I watched it all unravel on the news. The moment I became really worried was when people started wearing masks across London and the death tolls rapidly increased. But I was due to start my final year management placement, which is the 12-week sign-off placement I need before being becoming a registered nurse.

Health Education England (HEE) then decided it was going to do an opt-in, opt-out system for final year nursing students like me. Students could choose to opt-in and carry on placement hours – we’d be paid for our time and, as soon as the required hours were finished, we could carry on the paid contract until October and become a band 5, which is a registered nurse.

The opt-out option was for if you were shielding, had health issues or did not want to be exposed to Covid-19. Unfortunately, that meant not continuing your 12-week placement – possibly for the rest of this year, not being registered this year, and not being paid. HEE still can’t say when the return date to complete the course will be, as it needs to be at a point when it can facilitate it safely.

It was quite challenging thinking about what was ahead of me if I went back. I also knew about the lack of personal protective equipment (PPE) and that a lot of healthcare professionals including nurses and colleagues were dying and being treated in intensive care. But I’m fit, well and healthy – and this is what nurses train to do. We have to help anyone regardless of how contagious a patient is or what disease they have. I was quite overwhelmed but there was no reason at all for me not to help and I needed to finish my degree. By the time I started, I was excited to be able to help.

I missed the first couple of weeks of the outbreak because I had to do a lot of waiting to sign contracts. But I’ve been there since April and the atmosphere was very different and tense when I first arrived. People were quite serious and looked exhausted. Every shift was different and all routine went out of the window. It’s been hard with the PPE – it’s difficult to recognise who people are. The patients have no idea who anyone is in PPE, so I spend most of my day reintroducing myself to them.

At the start, it was depressing to go into work every day, because there were a lot of unwell people. For the first three or four shifts, one of my patients died each time. Then there was the whole family situation: having to get doctors to speak to patients’ families over the phone and the fact they weren’t able to come and visit. But it did eventually plateau out. Caring for Covid-19 has felt very black and white: once someone was very unwell with it, it seemed there was no coming back because we have no cure or intervention, so we all knew which way it was heading.

There was one case that sticks with me: an elderly lady had been there for quite a while, the doctor said she was dying and we rang the family to say she wouldn’t make it through the night. It was very difficult, she had been with us for a few months – she was a lovely, independent lady. I’m not sure what happened but… she made it through and a month later she went home. That proved to me that everything we had done was worthwhile. You grasp for those little positives.

But now, HEE has quietly announced on social media that by 31 July, it is going to pull the funding for student nurse contracts – it is now up to the NHS Trusts to pay. Luckily, for me, I think my Trust will pay until I finish my placement. But other people I know have been told that, as soon as they finish their hours, they will be asked to leave. This is because many Trusts are in debt and cannot afford to pay. That means the students will be able to finish the placement but will not continue with band four until September. This leaves about a month of sudden unemployment, and I know a lot of people who have taken out tenancies or bought a car because they’ve been promised this financial income.

I found this out on Facebook, it’s as if no one wants to talk about it, I think it’s been a hidden announcement. That makes me feel like we’re being told we’ve ‘done our bit’ – HEE used us in our time of need and now we just need to pop off back to university unpaid because we’re not essential anymore. It’s like we’re back to being a financial burden and they’ve found a way to save money again.

The government has been clapping for us, but the politicians have no real idea what nurses do – including student nurses. I think they think we’re just there to learn, but I’ve done everything a qualified nurse would do and more. Since my final year, I’ve taken six or seven of my own patients completely on my own. Care minister Helen Whately has written a letter saying student nurses are “supernumerary and are not deemed to be providing a service.” This really hurt me, and I feel very insulted by it.

Student nurses from the 2017 cohort, when bursaries were scrapped, have been dragged through the mud for the last three years. Some people, the ones who just haven’t been financially or mentally strong enough, are the ones who have left.

I’m calling for better treatment, fairer payment and more recognition for student nurses. Make us feel valued, because we are effectively doing the same 12-hour shifts as staff. I’d also appreciate a public apology from the government; I would strongly suggest it considers backdating the new grants that are being issued to student nurses from September, as 2017 students will be the only cohort without any form of bursary or grants.

Let’s see a positive change come out of this.

How to do a virtual scavenger hunt

Pub rules: How will pubs reopen after lockdown?
World News