Home » Lifestyle » If your friends see you as an emotional burden, maybe they're not your true pals 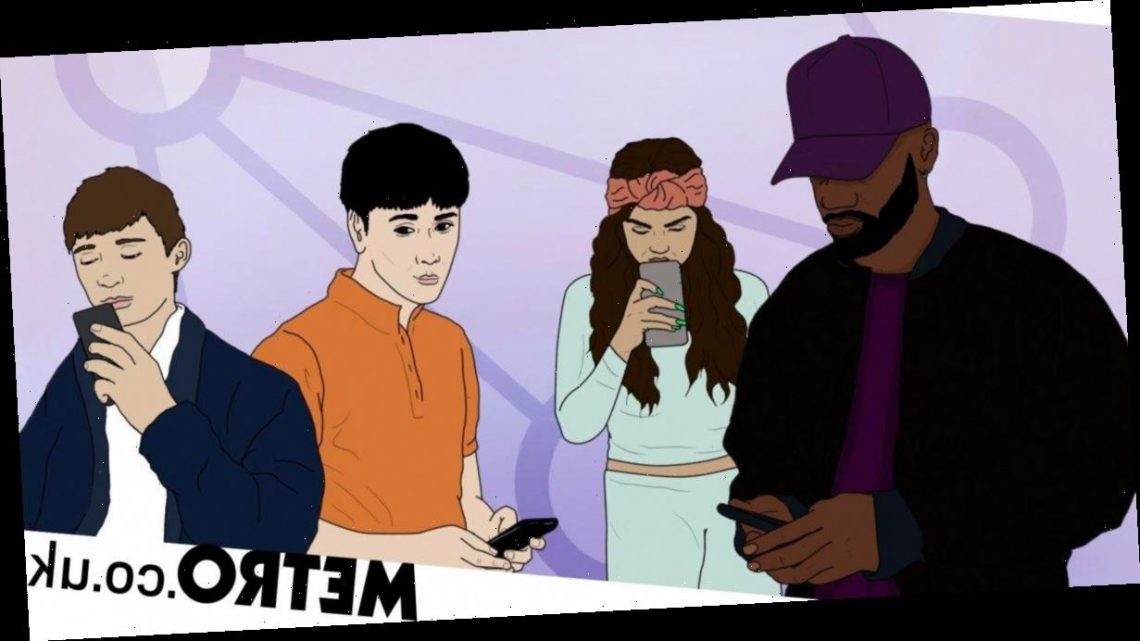 If your friends see you as an emotional burden, maybe they're not your true pals

In 1919, social etiquette dictated that when checking in on a friend, one must leave one’s coat and umbrella in the hall.

If you propose to stay only a short time, your hat and stick may be carried in your hand and gloves should not be removed when making an afternoon call.

Flash forward a 100 years and this week the gloves were off as Twitter users fought over the correct way to reach out to a friend in a time of need.

It all started when Twitter user Melissa Fabello tweeted a screen shot of a text message she had received from a friend. It read: ‘Do you have the emotional/mental capacity for me to vent about something medical/weight-related for a few minutes?’ along with a thread of tweets about why ‘asking permission’ before confiding in a friend is so important.

Melissa praised the friend for having acknowledged her time limitations and emotional availability, and for not just offloading on her without warning.

She then tweeted a suggested template to use as a response: ‘Hey! I’m so glad you reached out. I’m actually at capacity/helping someone else who’s in crisis/dealing with some personal stuff right now and don’t think I can hold appropriate space for you. Could we connect [later date or time] instead/ Do you have someone else you could reach out to?’.

Although the theory behind the advice is commendable, its execution is binarily robotic. Have interpersonal relationships really become more focused on space, capacity and boundaries, rather than compassion, patience and understanding? Is friendship now a commodity?

The reaction to her thread of advice was mixed. Some thought it was more important to protect yourself from their venting so as not to end up emotionally drained, while others accused Melissa of acting like a HR exec dealing with a tricky client.

The issue is nuanced, of course. No one can be there for all the issues of all their friends all the time, and of course it’s important not to spread yourself thin – but to tell someone you don’t have the time or ‘capacity’ to listen to them, will be a blow however you word it. Surely the priority shouldn’t be to our ‘capacity’ to listen but to firstly establish our friend’s level of distress and ability to cope on their own.

We’ve all had friends who sound like a broken record stuck on a track three ballad titled ‘Why Did He Leave Me?’, or mates who share every detail of their ongoing office fridge-war with Sandra from accounts like it’s a George RR Martin saga.

I have been both of these people, and as important as those kind of issues were to me at the time, ultimately they were non-urgent. If I had been in the midst of a mental health crisis, panic attack, or depths of depression however, a message like that would’ve sent me over the edge. That’s not to say that my mental state at the time was anyone else’s responsibility, I’m just being honest.

Melissa wasn’t saying she would intentionally deny attention to a friend who was in an emergency, but sometimes it takes so much bravery to build up the courage to reach out with a simple text and to be rejected – even with a well articulated, reasonable response – is crushing.

Through my darkest times, I could sense when I was becoming an emotional burden to someone. I’ve even lost friends over it. Friends who sent texts like Melissa’s telling me they didn’t have the ‘capacity’ to be there for me at that time but then never got in touch again, still haven’t.

As someone whose mental health issues are driven by fear of abandonment, it was just about the worst thing that could happen to me. There were other friends, however, who told me in much kinder and compassionate ways that they were going through a tough time themselves and I took that as my cue to lean elsewhere.

They managed to take space for themselves without making me feel like an inconvenient burden. When they were stronger again, so was our friendship.

In an era of encouragement to talk about mental health, it is imperative that we listen too. When it comes to hearing a friend out, the most important boundaries to set are the ones within yourself so as not to allow a friend’s problems to become your own.

If someone is offloading their personal issues, it’s worth remembering that they are not dumping them onto you… they are dumping them in front of you. A person’s problem, once offloaded, does not have to become yours (Unless they’re coming clean about having locked Sandra from accounts in the fridge over the weekend. Then that legally becomes your problem too).

Personally, I like hearing my friends have a moan. It’s reassuring to know that I’m not alone in my misery, and sometimes it puts my own problems into perspective.

With more and more people conversing with therapist terminology, it’s worth remembering that not everyone is fortunate enough to be equipped with such vocabulary.

It’s a language that not everyone will understand and what one person intends as unequivocally healthy and reasonable, another person might read as rejection. It’s also worth bearing in mind that therapists are being paid to improve your mental strength, not necessarily your social skills. Communication and empathy are key.

The most important lesson to learn from this thread is that people feel very differently about how they want to be treated in interpersonal relationships so it’s best not to have a blanket rule.

It’s a good thing these things get discussed so we can take into consideration how differently people react to the same thing.

If a friend creates boundaries in order to protect themselves and you end up feeling less like a friend and more like something they need to be protected from, then maybe they’re not the right friend for you. It sucks, but I promise there will be other people out there who get it.