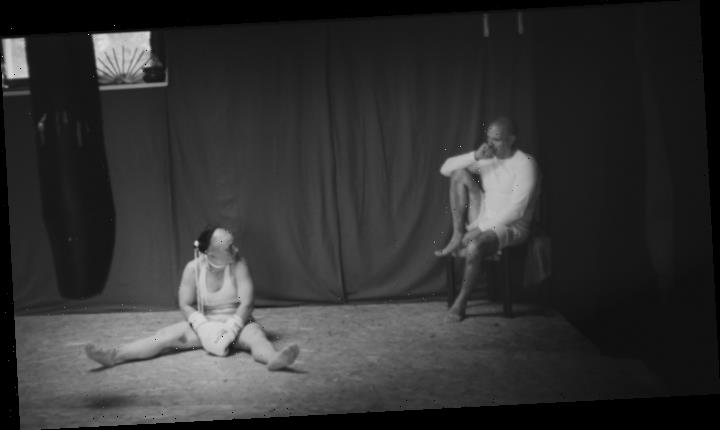 It took Italian director Valentina Pedicini more than a decade to make observational documentary “Faith,” about a reclusive spiritual sect of kung fu practitioners led by a domineering man known as the Master.

Or rather. Eleven years went by between the time when Pedicini made a short doc about the sect and when she then returned to their isolated community in rural Italy and spent more than three months with the Master and his devoted acolytes who consider themselves both Shaolin monks and devout Christians.

In their community, Pedicini was granted unique access to a way of life defined by discipline, emotional abuse, and, ultimately, submission.

When she returned, after 11 years, she felt that it was almost as if she’d been researching them for all that time.

And “they saw my return as some type of mysterious sign,” she says. “The Master saw in my return a great courage and determination to face a challenge. This brought us very close,” Pedicini adds. And since he trusted her, so did his followers.

It also helped that Pedicini returned with the same cinematographer, Bastian Esser, who had done the short. His “patient, passive scrutiny yields disquieting revelations,” such as a male monk being accused of having sexually harassed a member of the group, notes Variety critic Guy Lodge in his review of this IDFA competition entry. Lodge praised “the sheer, sensuous weirdness of the subject matter,” in this immersive doc which “combined with some head-turning craft, should secure…further festival berths and deals with more adventurous distributors,” he said. Italy’s Fandango Sales is handling world sales.

Compared with her previous visit one big difference this time around is Pedicini found kids at the community, along with the monks, who call themselves Warriors of Light.

All the community’s other members made a deliberate decision to join, but with kids it’s different. “What’s it like for kids to grow up in such as secluded world?,” she asked herself?

So the kids became a backbone of sorts for the doc, which is “about how they are educated to become warriors.”

Ultimately the big challenge in “Faith,” she says, was to tell the truth.

To find the balance between what she saw – which she was not a part of – and “the attempt not to judge.”

The dynamic she saw there, “can be defined a dynamic of submission,” she says.

So the bigger question is: does this dynamic just happen in there? “Or is it the same dynamic you can find within a family? In the army? In schools? The question the doc raises is: “who is being subjugated? What happens to someone who decides to give up their identity, their personality, when they believe in something bigger?”

And also, “what do these kids see in the higher power, or in that very physical being which is the Master?”

That’s what Pedicini was interested in. And though she narrated a very specific, very small, story, she tried to “make this dynamic universal.”

Naomi Campbell Said She Doesn't Like Having to Do Her Brows, and Honestly, We Get It