Home » Lifestyle » I Said "I Love You" For The First Time On Valentine’s Day — A Year After Swearing Off Love, For Good 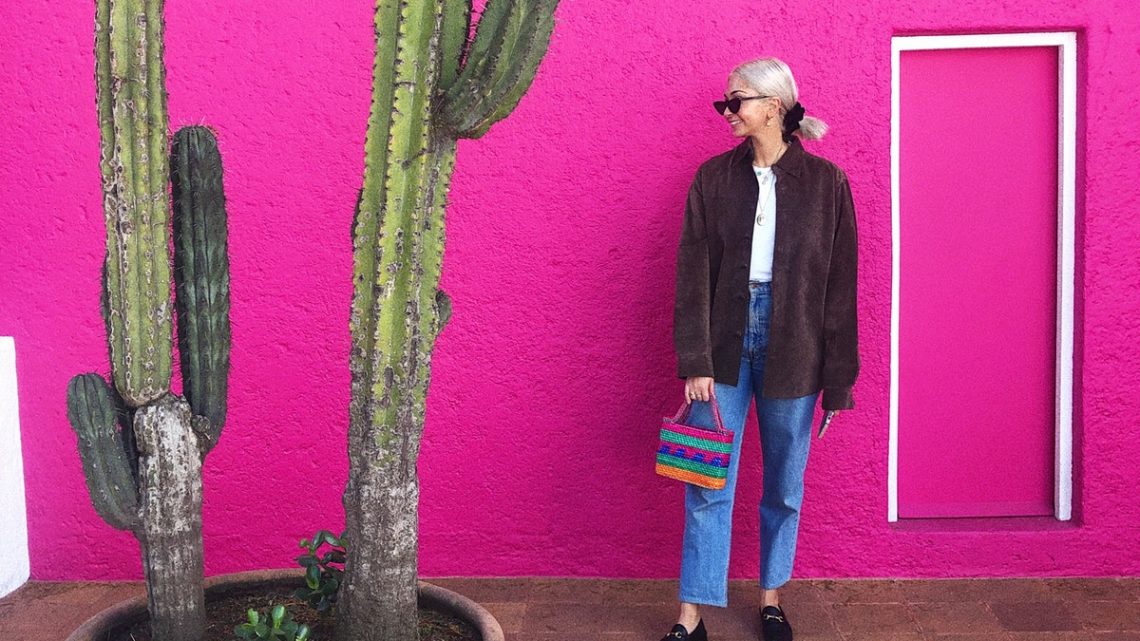 I Said "I Love You" For The First Time On Valentine’s Day — A Year After Swearing Off Love, For Good

On Feb. 14 2016, I penned a seven-page statement officially swearing off of love, once and for all. It was Valentine’s Day, and I had just been unexpectedly and brutally dumped by a new romantic prospect. Exhausted and humiliated, I made what was perhaps a rash resolution: I concluded that the entire concept of "falling in love" and I were, in essence, incompatible. I made peace with the fact that I would never utter those three little words, "I love you," for the first time. I would have to learn how to live within the absence of love — or rather, I’d have to find that love within myself, and be satisfied. It would have to be enough.

For a short while after giving up love "cold turkey," life felt a little bit easier. There’s a performative aspect to constantly surveilling for your meet-cute, always thinking about how you appear to others rather than feeling present in the moment. Giving up love alleviated me from that anxiety, and felt overwhelmingly freeing. At the time, I was a junior in college, and felt somewhat displaced — caught between the sheltered community that my campus had provided for me for the past two years, and the appeal of independence that came with entering the adult world. That conflicted attitude had warped the end of my semester. I had grown cynical and pessimistic, isolating myself from my peers, only to find that I wasn’t truly comfortable being alone with my thoughts. I proclaimed that coming summer the "season of self-love." I was determined to find happiness internally, instead of looking for it elsewhere.

That summer, I found work as a runner at a recording studio. My job was menial: I’d start my days by wiping down every inch of the space with Windex and paper towels, before emptying the dishwasher from the night before. My role was to cater to every need of the recording artist, whether that meant finding a specific snack that’s only sold at a tiny market in Chinatown, or putting together a last minute farm-to-table crudités. But I was right where I wanted to be: where the music was being made. I served a function, a purpose, and thus, was intrinsically part of the creative process. I loved every minute of it. Slowly, my fractured self-esteem began to piece itself back together. I felt whole again.

Now that I had reignited the fire within me, I felt confident that I’d be able to stay true to my oath. I turned my attention towards enjoying every aspect of my summer. I spent time with my family, reconnected with my high school peers, and went out with friends from college who had also found work in the city. Since New York is a hub for both business ventures and creative pursuits, many of my cohorts had flocked to Manhattan to see if the streets were actually paved with gold. Some were close friends, others, acquaintances. Little did I know that soon, a particular acquaintance would capture my attention and refuse to give it back.

He was a friend of a friend; someone I’d always been aware of, but never truly thought about in that way. We knew each other’s exes and had heard each other’s embarrassing stories. It’s a strange experience: knowing someone from afar, but never getting to know them up close. He had a non-threatening demeanor, and I, of course, had recently renounced love. So, what did either of us have to lose? We started growing closer — as friends.

Throughout the summer, I’d see him in social settings. One night, we sat together in booth and he taught me how to correctly use a lighter (the tip of your thumb, folks!). Another, we ditched a crowded club and fled to a secluded rooftop, where we lay out on the turf and confessed our insecurities. We liked each other platonically, which somehow, made us feel "safer" romantically. I decided to invite him to a small dinner party that I was hosting at my parents’ home, and he ended up leaving his jacket behind. When he came back to retrieve it, we decided to go grab a drink. That evening, we found ourselves swapping stories about everything from losing our virginity to our professional aspirations. I went to sleep tipsy and smiling.

But the story didn’t end there. No, as it turns out, he too had sworn off of companionship the previous year. For the next four months, we’d each take turns trying to convince the other to let go of our individual anxieties, and all of the endless "what if’s," and just enjoy being together. By the time we went out on our very first date — dinner at a local sushi restaurant — it already felt as if we’d been together for years. In a sense, we had: We’d been in a each other’s lives for all of college, but as background actors, not protagonists. But even as we began to take our relationship more seriously, I was hesitant to go back on my vow to never fall in love. If I couldn’t keep a promise to myself, how could I be expected to keep a promise to another?

As the "season of self-love" came to a close, I somehow felt rattled with guilt. You see, no matter how hard I tried to reaffirm my oath to live a loveless life, I couldn’t stop thinking about him. But I had made a promise to myself, and I intended to honor that promise, even as we returned back to campus for our final year at school. I never could have imagined that on our very first night of syllabus week, in a crowded room filled with familiar faces, we’d confess our feelings to each other. Somehow, it took switching settings and cities for us both to realize that what we were feeling wasn’t just friendly chemistry — it was undeniable attraction.

I knew I was in trouble. That December, a month after our first date and two months before Valentine’s Day, my partner had returned back to New York to stay with me, before returning home for the holidays. It was like returning to the scene of the crime: the place where we first connected over polite conversation and noisy nightlife. We were lying back on the couch, watching Snowden in my kitchen. The scene changed, and Nicolas Cage came on screen. A big Nic Cage fan, my partner snorted, then gave me a squeeze. "I’m going to miss you," he whispered. "I love you," I silently thought to myself.

Over the next two months, I weighed the pros and cons of going back on my deal and admitting to my partner what I had already admitted to myself: that I had fallen, hard. Ultimately, I concluded that the reason I had made such a hasty proclamation a year prior was not because of frustration, but fear: The fear of being left alone. I chose to isolate myself before someone else could isolate me. Somehow, despite my attempts to only seek comfort in myself and look for love internally, my fortress had been infiltrated and my heart was now occupied. I was surrounded by love, in places that I hadn’t even thought to look.

So, on Feb. 14 2017 — the anniversary of my OG oath — I once again took pen to paper. This time, instead of a statement of solitude, I wrote a lengthy love letter. I explained my qualms and confessed my feelings. I finally allowed myself to fall in love, in the same way that I had forced myself to to give it up. In fact, it’s the same way that I work out all of emotions: with my words, not my tongue. That night, over a home-cooked meal at a hole-in-the-wall Airbnb in Adams Morgan, I proceeded to slip the envelope across the dinner table. I shut my eyes as he read, too terrified to watch his reaction. And this time, my missive paid off in a major way: I got to hear those three little words repeated back to me. By finally embracing love, I allowed love to embrace me in return.

Love letters have now became somewhat of a tradition — we write to each other for birthdays, anniversaries, and holidays. On Feb. 14. 2018, I penned another listicle of confessions, and received one of my very own. I keep it in the bottom drawer of my bedside table, as if the words were holy. I reread it during moments of doubt, to remind myself of the power that confessional love can hold.

Not every "I love you" carries the same weight. Ever since uttering that phrase for the very first time, I must have repeated it a million times over. Sometimes, it’s said intuitively and lightly, with little thought behind each syllable. Others, it’s said with every bit of intention, as if it could be my very last sentence. But as Feb 14. 2019 approaches, I’ve come to a new realization: It’s not actually the words that matter, or even how many times you say them — it’s who you say them to.

Sean McVay’s Age Is Just a Number. A Small One.