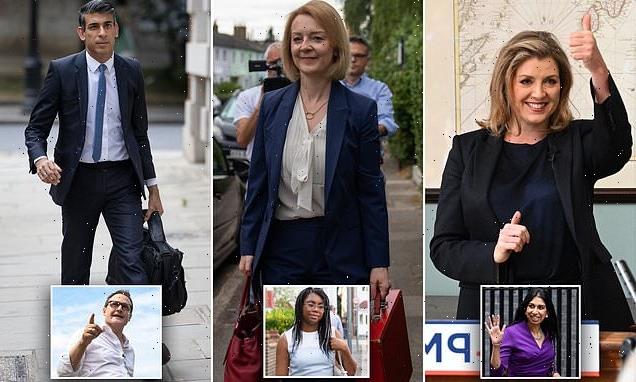 STEPHEN GLOVER: I long for the new Tory Prime Minister to be full of experience and wisdom. But I’m not holding my breath

Many commentators have observed how cheering it is to have so many candidates for the Tory leadership who either come from an ethnic background, or are women, or both.

After yesterday afternoon’s first round of voting, three of the six survivors are not white, and four of them are women.

But hardly anyone has pointed out a characteristic shared in varying degrees by the remaining candidates — namely, that they have a disturbing lack of experience, both of politics and of life. One or two are deficient in both.

They are all young — if being in your 40s can be so described, which when you are talking of would-be prime ministers I think it can. They either have limited political experience or know little about the world outside politics.

Look at the MPs’ favourite, Rishi Sunak. That he is a very clever man can scarcely be doubted. But it is also the case that he has lived in a protected bubble throughout his life, from public school to Oxford University to a postgraduate degree at Stanford in the United States. 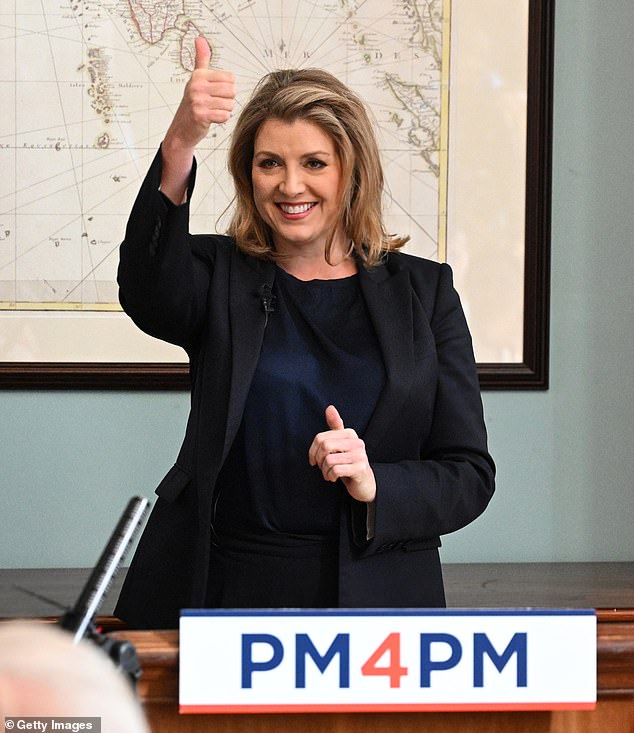 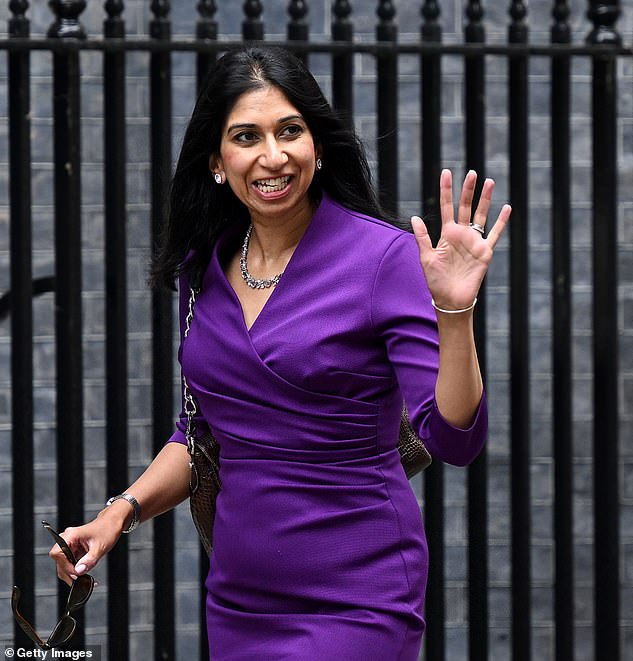 Then he found himself earning huge sums of money working for the ruthless investment bank Goldman Sachs, and married the daughter of an Indian billionaire. In 2015, at the age of 34, he became an MP.

Now, a mere seven years later, Rishi seeks to be Prime Minister. Admittedly, he must have learnt a great deal on the job as Chancellor during a tumultuous two-and-a-half years. But is he yet a rounded man and a deeply informed politician?

What does he know about Defence (for which he would not commit to providing more funding at his campaign launch on Tuesday)? Or Scotland? Or Northern Ireland? Or — most important of all — his fellow countrymen?

Other candidates have similar, though perhaps not so striking, limitations. His rival, Liz Truss, became an MP as long ago as 2010, and has served as a Cabinet Minister for eight years. 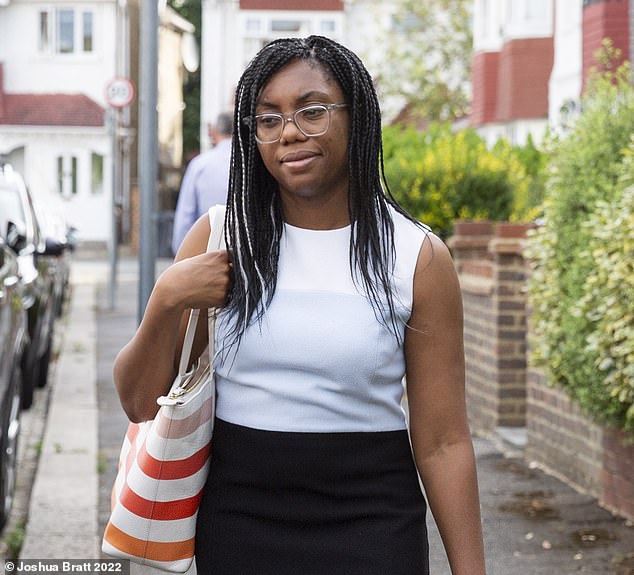 MP Kemi Badenoch, who has the backing of Michael Gove, is seen leaving her London home on Monday

But like many modern Tory politicians (eg David Cameron and George Osborne) she had only slight experience of the business world, and at a pretty low level, before entering the political rat-race.

Some candidates do have experience outside politics. For example, as he never tires of telling us, Tom Tugendhat served several years in the Army. Good for him. But he has been an MP for only seven years, and never a minister. And now he wants to be Prime Minister!

Dark horse Penny Mordaunt has also been in the services, in her case in the Royal Naval reserve. Her jobs before becoming an MP in 2010 were hardly high level, although, colourfully, she was briefly a magician’s assistant. She has been an obscure junior and middle-ranking minister, and served for 85 days in the Cabinet.

Many have justly praised the spirited 42-year-old Kemi Badenoch. She worked in relatively junior roles in consultancy and financial services before becoming an MP in 2017, and subsequently a minister. A bright star for the future, certainly, but not yet a leader of our country.

Perhaps the candidate with the most effrontery is Suella Braverman, who just made the cut yesterday. Like Mr Sunak, she is evidently very bright. She became an MP as recently as 2015. Before that she was a junior lawyer on the lookout for a safe seat. How could she conceivably be Prime Minister?

It’s true that Nadhim Zahawi and Jeremy Hunt, who are in their 50s, started successful businesses, though Zahawi’s track record in politics is limited, and he became a junior minister only four years ago. They were both jettisoned yesterday.

The general impression is of a group of candidates who, though in some instances are very clever, possess limited political experience and haven’t tarried long in the university of life.

Let’s go back to the Tory leadership contest of 1975, which Margaret Thatcher won. In the second ballot, after party leader Ted Heath had been eliminated, there were four candidates in addition to Thatcher: Willie Whitelaw, Geoffrey Howe, Jim Prior, and John Peyton.

Peyton had been an MP for 24 years, Whitelaw for 20, Thatcher and Prior for 16, and Howe had first been elected 11 years previously. All five had served in the Cabinet. Peyton and Whitelaw fought in World War II, with Whitelaw winning the Military Cross. Prior and Howe, just too young to fight the Germans, joined the Army later.

Margaret Thatcher worked as an industrial chemist, and endured many knocks, before becoming an MP. The other four contestants had rich and varied lives before entering politics.

We must, of course, beware of idealising the past. Doubtless some Conservative MPs of 50 years ago were clodhoppers. It’s even possible that the five who sought the leadership in 1975 were in aggregate less clever than the current bunch. 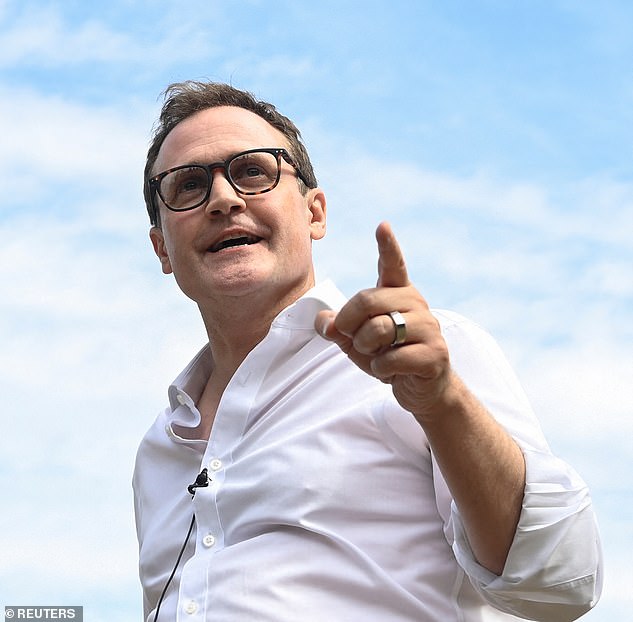 But it can be said with near certainty that the aspiring Tory prime ministers of half a century ago had more political experience and more knowledge of life than this crop, and that, unlike Rishi and I suspect some others, they had rubbed shoulders with people from all walks of life.

In America, politicians in their 50s, 60s and 70s are ubiquitous. In the 2020 presidential election, one candidate was 77, the other 74. (Both were seriously flawed, but that’s another matter.) In Britain, by contrast, our leaders are much younger than they used to be.

Might David Cameron, still only 55, make a better Prime Minister than when he was aged 43? He could hardly do worse. Ditto George Osborne, who became Chancellor at 38, having barely known anything other than Tory politics during his adult life.

I know: Pitt the Younger became PM at 24 in 1783, but he was an exception in another age. Boris Johnson, by the way, shouldn’t be included in a gallery of callow leaders. He was in his mid-50s when he became Prime Minister, having served two terms as London Mayor, and previously knocked about as a journalist.

It’s probably ultimately our own fault. We indulge these ambitious young men and women who shin up the greasy pole, desperate for power which they are not ready for, or capable of exercising properly.

My argument is not that older leaders with more experience of life are necessarily more effective. Obviously not. You only have to look at Donald Trump or Joe Biden to see that age is no guarantee of competence.

Nor do I suggest that the older and more experienced candidates who fell at the first fence yesterday afternoon —Messrs Hunt and Zahawi —were preferable to the younger pretenders. Neither would have got my vote, if I had one.

I just want the next Tory Prime Minister to be at ease with all of his or her fellow citizens. I yearn for someone who is wise and knowledgeable and grounded, and therefore less likely to make mistakes.

Looking at this lot, I am not at all sure I am going to be granted my wish.