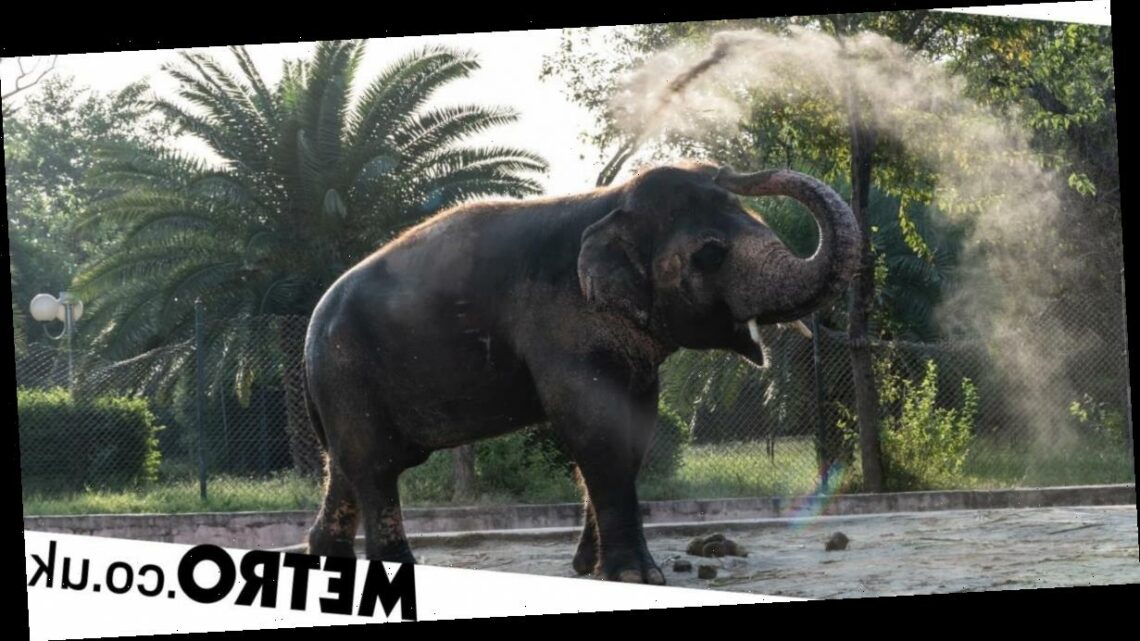 Kaavan is a creature that needs little introduction. But for me, he is much more than a sad headline.

He is a lost soul who was alone in Marghazar Zoo, Islamabad, Pakistan, for more than eight years after the death of his companion, Saheli.

Solitude suits few, especially not a herd animal like an elephant. But soon he will shake that moniker as we recently moved him to Cambodia Wildlife Sanctuary where he will finally live with companions again and leave behind the small and inappropriate enclosure that he called home for the last 35 years.

I’m an Egyptian born vet who has worked with global animal welfare organisation FOUR PAWS in Vienna for 30 years. I first heard about Kaavan back in 2015 and earlier this year, we were asked to carry out vet checks on him and the other animals at Marghazar Zoo.

I have never known a bond with an animal like the one I formed with Kaavan. Then again, Kaavan is unlike any animal I have ever met before. For a five tonne elephant there is something very vulnerable about him. He seems to recognise my voice and would come across to me whenever I approached his enclosure. It’s as if he knew the team and I were trying to rescue him from his bleak life.

I first met Kaavan earlier this year when his story captured the world. I was overcome by how sad he looked – the isolation and emptiness of his enclosure was overwhelming.

Since then, FOUR PAWS and other NGOs including Free the Wild and local animal activists have worked tirelessly to release him from the loneliness he has been forced to face. Now we have achieved our goals – but it has been far from a smooth journey.

The beginnings of a transfer first became a reality in 2016 when we were granted a permit to move Kaavan by the Islamabad Wildlife Management Board. But it has taken us a further four years to finally achieve this and the instruction to move him to an appropriate sanctury by the Islamabad High Court (IHC) in May 2020 was the final step to be able to make his transfer a reality.

Having been given as a gift to Pakistan 35 years ago from Sri Lanka, his relocation required permission and legal permits from numerous authorities, including the president, the military and eventually the IHC.

On top of this, of course, there has been a pandemic.

Members of our team contracted Covid-19, which left us orchestrating plans remotely while in isolation. Coronavirus and its effect on the world’s operations also meant delays in securing all the official permits. But nothing has stopped us.

Kaavan has been deprived. Not just in companionship, but in all manner of enrichment. His diet was unbalanced and consisted purely of sugar cane – something that resulted in him weighing in at 866st (5.5 tonnes), much heavier than is healthy for an adult Asian elephant. In just a few weeks, with a more nutritious regime, Kaavan now tips the scale at ‘just’ 756st (4.8 tonnes).

As well as lacking access to adequate food, there was also little mental or physical stimulation in the enclosure. His food was left in the same place every day and he had little to do or keep him stimulated. Sadly, the impact of all of this is clear to see. He often sways his large trunk from side to side, a typical sign of physiological distress.

Kaavan also received no foot care for years and suffers from cracked nails. He is in need of an extensive foot care programme to ensure that these ailments do not develop into anything more severe.

It is things like this that make Kaavan’s case even more heart-breaking. Much of this was avoidable if he had been cared for properly and had a skilled team around him. But for years he has served only as an attraction for people to come and see at the zoo. All that Kaavan has experienced is part of the reason that I felt such a strong desire to help him and remove him from this horror.

Sadly, Kaavan’s story is not unique. It has several of the markings of many captive animals. But this time the story has a happy ending.

FOUR PAWS has never transferred an elephant by plane and Kaavan is one of the largest to ever be moved by air. The orchestration in arranging a large enough plane, a suitable transfer crate and training him to be used to the crate wasn’t easy, but every day spent with him drove me and the team on to persevere.

The transfer to Cambodia Wildlife Sanctuary took place on 29 November and went perfectly, with everyone working together. When the crane finally placed his crate on the truck that would take him to the airport, I had tears streaming down my face.

As I turned around I saw my team and so many others were also overcome with emotion. At least we had removed him from the enclosure he’d been forced to endure for 35 years.

Kaavan has now been released into a quarantine enclosure at the sanctuary, of approximately one acre. He’ll be in this smaller space for a period of time to allow him to adjust to his new surroundings, but his new friends are just a fence away and he’s already said a few hellos.

He will be managed by a protected contact system – meaning that the keeper and elephant will not share the same unrestricted space to protect everyone as Kaavan is a wild animal who has a considerable weight behind that inquisitive trunk.

After the quarantine, he will be able to roam within another bigger enclosure and after full rehabilitation, he will be free within a 33,000 acre area.

It will be a gradual process and will see him spending time in a four acre enclosure with a big pool, and then 30-50 acre area. Not only will he have more space, but there will be an abundance of natural enrichments that will provide a varied diet for the 36-year-old elephant.

His lifespan could be up to 80 years and while he’s had a very tough start we hope that now the future looks brighter and his three new female friends will help him have a very happy retirement.

After eight long years with only occasional human visitors, Kaavan will have a family and herd of his own. Who knows – we may even see mini-Kaavans running around in a few years! I can’t wait to visit him as he settles in and watch his development.

I have formed such a bond with him over the last few months and for the last time I will sing the song on which our friendship was built: My Way by Frank Sinatra. It sounds odd to say he knows the song, but it feels like he looks at me and really listens to me singing. I think it’s what our bond has been built on. It seems fitting for Kaavan’s story.

Finally, the line ‘And now, the end is near’ has come true – and though it’ll hurt to say goodbye, I know that this is the best way for him to have the life he deserves.

My Life Through A Lens

My Life Through a Lens is an exciting series on Metro.co.uk that looks at one incredible photo, and shares the story that lies behind it. If you have an experience you would like to share, please email [email protected] with MLTAL as the subject.

MORE: I posed naked to show that my scars are beautiful

MORE: I painted a portrait of Gareth Thomas using only my fingerprints to combat HIV stigma

MORE: I photographed the Northern Lights from a plane window

CategoryLifestyle
Tags'save helped I the World

Arsenal news: Mikel Arteta now ODDS-ON to leave Gunners before the end of the season after shock Burnley defeat