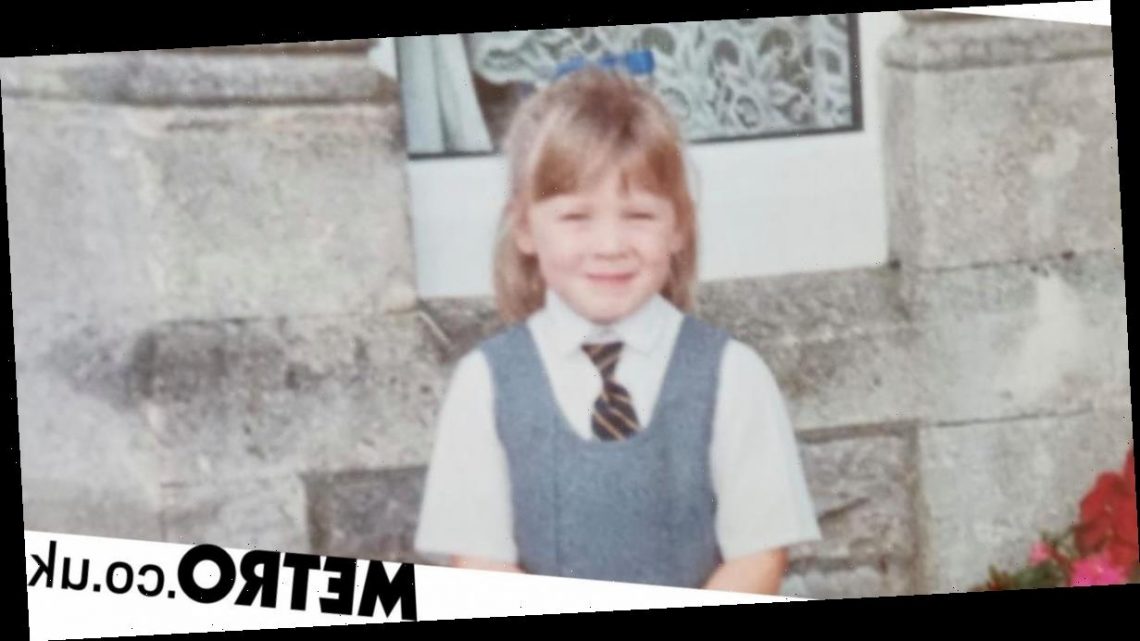 As a child in primary school, I quietly coveted my classmates’ colourful lunchboxes.

To me, these commonplace possessions, with their little rectangular handles and plastic catches, decorated with princesses or superheroes, denoted something about their owners.

I’d watch them each day in the school hall be carried off to the dinner tables as I queued up at the counter and waited for ladles of government-funded food.

It wasn’t just the unappealing nature of my school’s lumpy mash and stodgy rice pudding that made me favour my mum’s margarine-slicked corned beef sandwiches, though.

From the age of about seven, I’d come to understand that having school meals meant I was different from my lunchbox-wielding friends. It meant I was poor.

I badly wanted to fit in, to be like the ‘normal’ kids, but my financial situation was a barrier, even then. I assumed all my friends were rich, while in reality, we were a very working-class community. I was just perhaps the only one living below the poverty line.

Those plastic boxes were possibly the only indicators of social status that I knew of at the time. Not having one meant I was physically segregated from my friends who did – I had to sit on the other side of the hall to them, which cemented the ideas I was forming about our differences.

Lunchtime was never something to look forward to. Why would it be, when I couldn’t spend it with the people I wanted to? I’d finish my plate (yep, even that lumpy mash) as swiftly as I could, and escape to the playground where we’d be allowed to mix again.

Despite this, when I look back now I can see I was one of the lucky ones. I was eligible for that food.

Today, only 1.3million children are registered for free school meals in the UK, while there are more than three times that living in poverty. And with children out of school right now, many are more vulnerable than ever.

For me, Marcus Rashford’s open letter to encourage the Government to continue the voucher scheme was a welcome eye-opener for the masses as to what life is really for thousands of families.

I felt grateful that he, now on a pro footballer’s wage and living a very different life, remembered so vividly what it was like. Vividly enough for him to take action.

He was careful to point out the financial-induced stress that low-income families experience, too, which often goes unnoticed. Not having money doesn’t just mean that food is scarce and shoes have holes, after all.

Talking about this to my mum, I was unsurprised when she told me, ‘It was the hardest time of my life.’

When you don’t know where the next meal is coming from, and are constantly relying on handouts from your mother and friends just to feed your two children, your mental health is going to suffer.

Parents can sometimes absorb that stress, shielding children from having to deal with it. But it’s hardly an easy task – especially in single-parent households like mine was.

The Government’s subsequent U-turn on ending the free school meal vouchers for summer was a victory for thousands of families. But far from dusting off their hands in a job-done kind of attitude, the people in power should be doing infinitely more.

We’re a long way off creating food security for the millions of children in the UK who need it. The picture of our current situation is stark.

More than a third of children who are registered for free school meals are not getting any support, and of those who have been allocated vouchers, 12 per cent haven’t been able to redeem them.

But they’re not the only ones falling through the cracks. With families having lost their incomes due to the health crisis (since March, there have been 3.3million individual applications for Universal Credit) there are millions more children desperately in need of support.

According to data that The Food Foundation collected in collaboration with YouGov, 238,000 kids have already been forced to skip meals because they don’t have enough food.

Although hunger is the most pressing issue, the current model’s problems go far beyond it. The health and social implications that the school meal system has on children are huge, and there’s a real danger that it’s creating a legacy of poor health and mental wellbeing in young people.

Take obesity: millions of kids have had to live off imbalanced meals, while lockdown has already been linked to rates of obesity in children.

And then consider that even before Covid-19 swept the country, causing economical and medical devastation, children on free school meals were 20 per cent less likely to have good levels of development than their peers who weren’t.

The free school meal system needs a radical overhaul. Children are being consistently let down and burdened with issues no young person should have to navigate. And, post-Covid-19 – in what some predict will be the most severe recession of our generation – there is going to be a substantially larger number of families to support than ever before.

To that end, The Food Foundation is calling for a commission into child food insecurity, to investigate the types and levels of support required, and create a new model that prioritises children’s physical and mental wellbeing, instead of filing them under ‘collateral damage’.

And it’s crucial that young people, those with firsthand experience of the current system, are involved in the process.

Now that the country’s attention has been brought to the free school meal crisis, this is the time to catalyse that conversation into action. Not just for the school kids who are still going through what I went through, but for those who have it much harder.

I was fortunate compared to many. But still, I was let down. My mum was let down. And decades later, nothing has changed for the better.

All children deserve ready access to good quality, balanced meals. And they deserve for their parents to not be crippled by the stress of their financial situation.

They deserve to have a childhood that’s not undermined by fear and worry. And parents diverse to be able to give them that.

CategoryLifestyle
Tagsfree grew I meals on School Up