Home » Lifestyle » 'I feel so intimidated': Why we need more women's only gyms 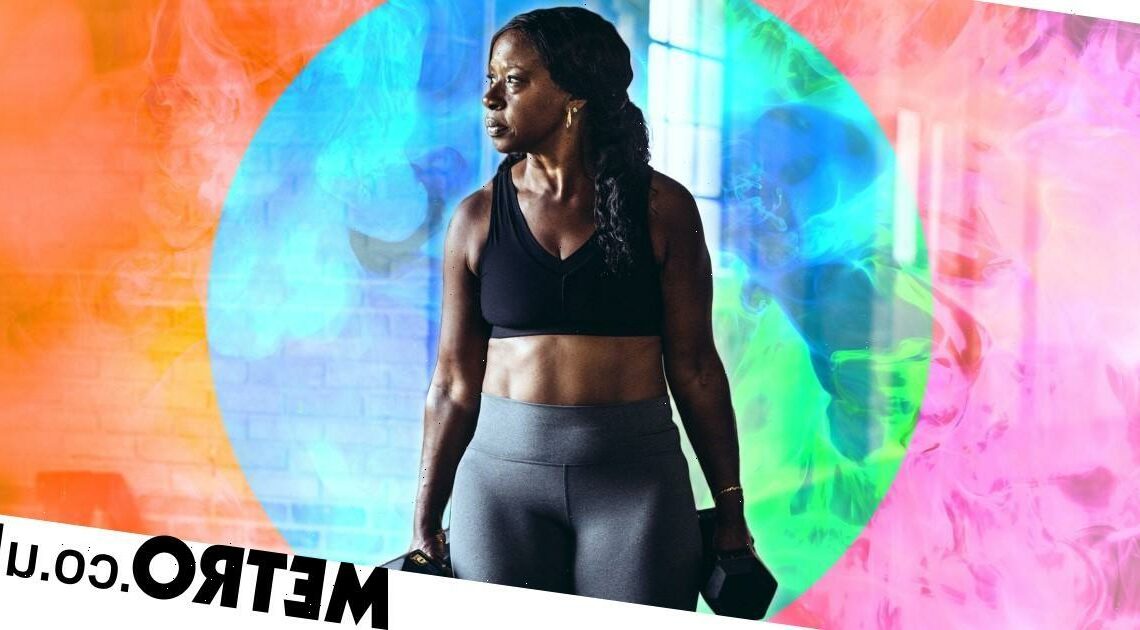 'I feel so intimidated': Why we need more women's only gyms 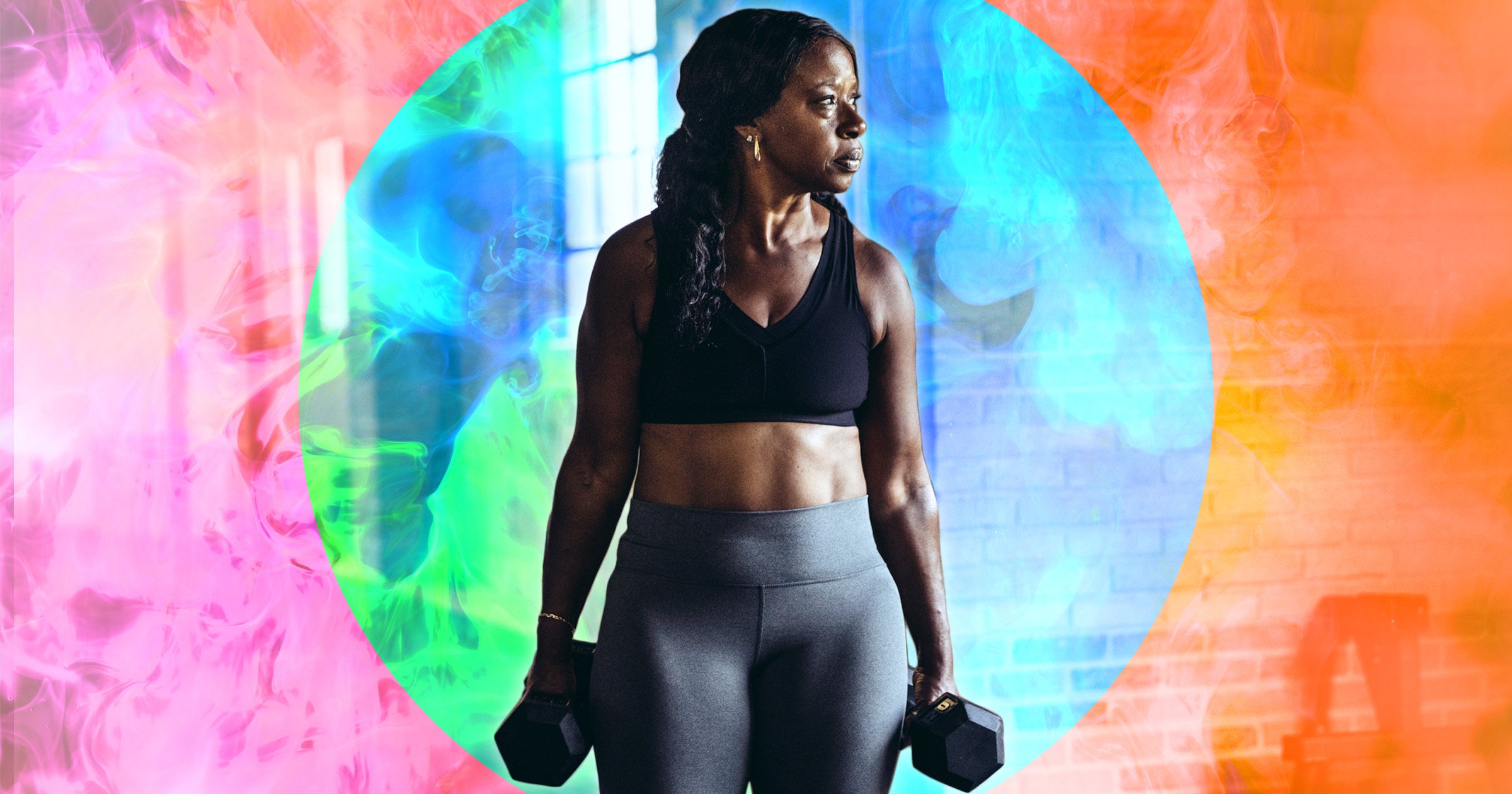 ‘I have quit three different gyms due to harassment,’ says Tabs.

‘I tried baggy clothes, working out around 11am when most people are working, wearing headphones, and still got far too much unwanted male attention. It’s so uncomfortable I have to leave and never want to return.’

Too many women know exactly what it feels like to be watched in the gym.

To feel eyes on you, to be followed, to be approached or flirted with when you’re just trying to choose your weights.

A recent survey by Origym has found that one in three women want female only gyms in order to feel safer. 31% would feel more comfortable exercising, too.

With stories like Tabs’, it’s no surprise that women want access to these safe spaces, which do exist, but only in a relatively small capacity across the gym market.

While some women believe women’s only gyms are ‘more judgmental’, it’s undeniable that many have found them to be a welcome refuge from unwanted male attention, harassment and intimidation.

Hannah, a meditation teacher, tells Metro.co.uk: ‘So many times I’ve been doing a routine literally set for me by a trainer and guys have come up to me to tell me I’m lifting wrong, not lifting enough, too much, etc.

‘It’s so intimidating. I now just work out at home.’

Meanwhile, Zoe is about a switch gyms due to this very issue – both with male gym goers and male staff members.

She says: ‘I had to change the time I was going because a man kept coming up to me, and at one point he offered to drive me home when we left at the same time.

‘I also had a particularly bad experience with a male member of staff who used to correct my form (unwarranted), touch my shoulder a lot (mid-pandemic) and eventually “jokingly” threw an exercise ball at my back after I refused to have a free PT session with him for the sixth time.

‘He had a reputation for approaching younger girls to train so other women would feel more comfortable with him. Now he whistles and slams equipment on the floor whenever I walk in.’

A formerly avid gym goer, Elena, is very pro the idea of a female gym.

She says: ‘A year ago, I went to the gym three times a week. Sometimes I wished I was in an all-women gym because I was stalked by a guy in the swimming pool.

‘He was much older than I am, and he swam on the same swimming track, trying to catch up with me and talk to me. I felt super uncomfortable.

Mikalia, who works in PR, shares: ‘I used to go to a gym with a women’s only bit, I’ve now moved to a gym without one and the struggle is real.

‘I’m quite an anxious person anyway and going to the gym when it’s full of “lads” really triggers it sometimes.

‘I think for me, it’s the intimidation – I like to try new workouts and equipment at the gym, but find myself sticking to the same cardio machines out of fear that all the gym heads will be judging me, or laughing at me, or even feel the need to come over and tell me I’m doing it wrong.’

From avoiding unwanted encounters to simply having peace of mind, exercising solely around other women can serve a purpose.

Anna, a brand founder, confirms: ‘My gym has a women only room and it makes such a difference.’

Another anonymous person added: ‘Years ago, there used to be local chain of female only health clubs and I loved them so much.

‘It was so freeing to be able to exercise or swim while not feeling self conscious at all. I could wear comfortable workout clothes and look like a hot mess if I wanted.’

Others say we shouldn’t ‘need’ these spaces as they aren’t the answer to poor male behaviour – which is a valid point.

Creating segregated spaces can’t replace the need for appropriate reprecussions and education when instances of harassments occur – or even better, safe mixed gyms.

But similarly to the conversation on safety apps targeted at women, things like this may act as a temporary safety net until there is greater systemic change.

Just yesterday, Sian, a woman working in marketing, had to leave a mixed gym while exercising during her lunch break due to a horrid encounter.

Sharing her frustrations, she tells us: ‘It really made me angry.

‘Some guy was there in the free weights bit where I was, he was just standing, staring at me doing my squats and when I stopped for a break and he came over and was like “good work” and referenced my bum.

‘Then he continued to stare at me for about 15 minutes, and positioned himself next to me so he had a clear view.’

She was so uncomfortable, she was forced to cut her workout short.

At their worst, these experiences have put women off attending gyms altogether – two in five of those answering the Origym survey had reached this point.

It’s a possible tragedy that women could be getting less exercise due to the acts of some male attendees.

Over a quarter of women gym-goers avoid resistance areas as ‘it’s mostly men in there’, and one Metro.co.uk reader shared that she also finds steam rooms and saunas also particularly ‘intimidating’.

While some mixed gyms have women’s only spaces, some believe them to be inferior, lacking space and enough weighted equipment.

Naomi says: ‘From personal experience, I find that women keep much more of a distance and respect your personal space, which I like in the gym – especially right now.

‘I would probably always go to the female-only space in my gym if it had more equipment and machines, but sometimes it’s just too busy or I can’t do the full workout I’d like to in there as it’s so much smaller.’

The fact these limited spaces are rammed should be enough of a signal to gym managers in itself.

Sarah Hicks, deputy CEO at The Bridge, a women’s only charity and gym, says women’s gyms ultimately are there to provide a space for those excluded by regular gyms.

She says: ‘By focusing the reach of our gym to women, we are actually including groups of people who may be excluded from mixed fitness spaces, for reasons such as personal preference, confidence, culture, religion, or abuse survivors.

‘In our women only gym, members have the space to feel confident away from the “male gaze” and can partake in previously “male dominated” gym activities: women feel comfortable in the weight area (so they have a non-judgemental space to pursue weight/strength training) and the confidence to attend classes such as boxing.

‘As for what needs to change in mixed culture, it boils down to bad behaviour not being tolerated and ensuring that men are allies to women.’

Sarah adds: ‘The culture in all gyms, mixed or not, should be based on respect of all others sharing that space.

‘That includes the culture of the gym brand itself, its staff and its members.’

Women’s only gyms in London

As well as the above, Sarah says: ‘Women travel from all over London to access our facilities.

‘To support this inclusive culture change in gyms, the built environment needs to be considered alongside the change of behaviour: equipment within a gym space should be designed for men and women; PTs of all genders should be present within the gym’s employment structure etc.

‘Mixed gyms need to be designed with women in mind too (not just men, as many seem to be).’

Claiming to be London’s first women’s only fitness club, it’s a popular choice.

Kasia Leonard, who works for the brand, says: ‘The response from female gym goers has been overwhelming – our members are always telling us how thrilled they are to be part of the community we’ve built.

‘It’s all about women supporting each other.’

Suzanne Keatley, the founder, tells us: ‘90% of the women we work with have had negative experiences in a gym environment.

‘Our space is designed to be calm and inspiring, allowing women to take risks, be challenged and rewarded in a safe environment. There is no judgement, only positive vibes for where we are at right now.’

Kylie Jenner 'Has Help But Is Also Very Hands-On' With Parenting Her Newborn Son – NEW DETAILS!