Home » Lifestyle » I am a wife, so stop correcting me to say ‘partner’ 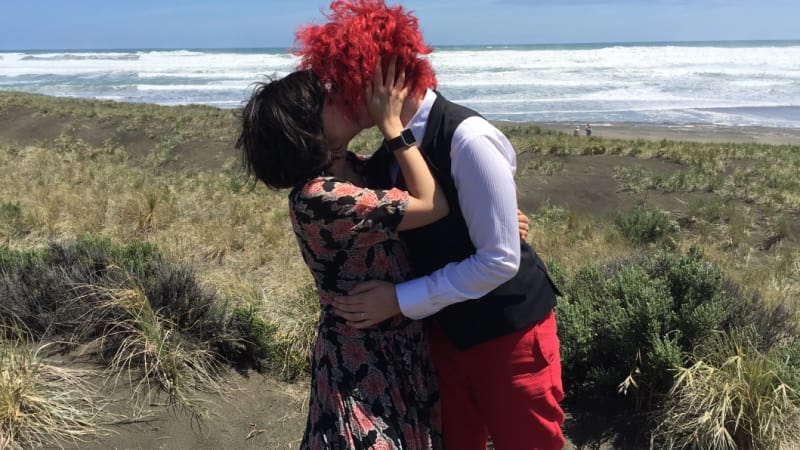 I am a wife, so stop correcting me to say ‘partner’

Getting the "Yes" vote on the marriage equality plebiscite last year was huge for so many
reasons.

It was the end of a battle that had been going on for more than a decade, and it marked an
end to one of the most unpleasant phases of Australian politics for me, personally, and
many other people like me. 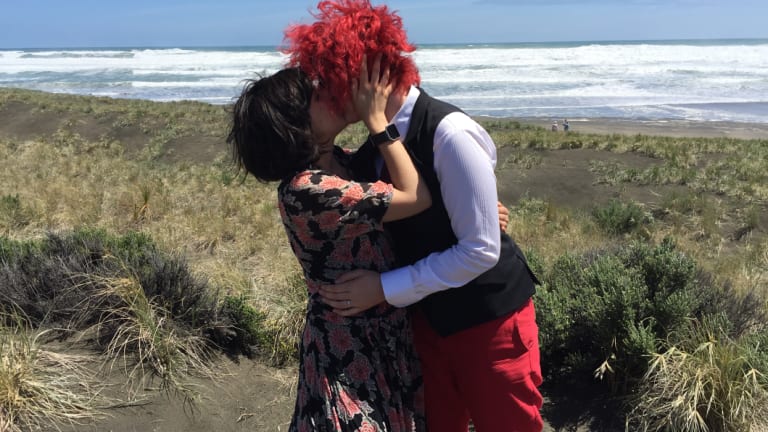 The whole plebiscite campaign and the lead-up to it was exhausting for everyone I know in
the LGBTQ community. It’s probably going to still be a while longer before we fully
recover from the stress of constantly having our relationships and families’ validity
discussed in the news and in advertising.

Not to mention the homophobes who were emboldened to be more open and vocal about their hate – I copped more homophobic verbal abuse on public transport during those months than I had in the full year beforehand. 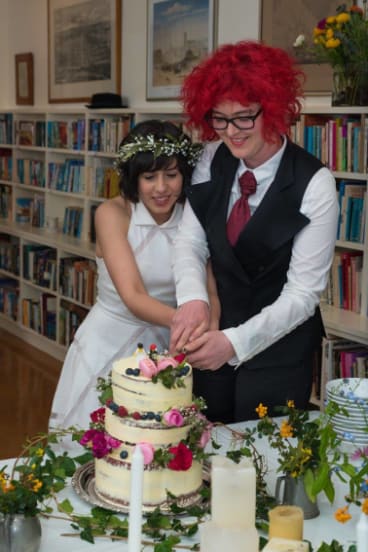 Alice Clarke: ‘ I’m always just a little bit too chicken to call it out in the moment.’Credit:Ian Stubber

But, it’s over now, and as someone who got married in New Zealand a year before the plebiscite was announced, it’s so nice to not have my lack of rights brought up every time I mention that I’m married (or, before that, engaged).

However, while the more overt homophobia has certainly died down somewhat, I’ve noticed an odd trend that won’t die.

I’m not sure if it’s deliberate homophobia, or quite what’s going on, but a few times a month since we got married I’ve had customer service people, folks in stores, and even people working in PR, passively correct me when I say "wife".

Here’s how the conversation goes:

Me: Hi! Sorry, my wife is just running a few minutes late, but she’ll be here soon.

Them: Are you wanting to check in for your partner, too?

Me: Er, yeah. It would be great if I could check in for my wife as well please.

Them: What’s your PARTNER’S name?

And it goes on from there, and I’m always just a little bit too chicken to call it out in the moment because we’re programmed to be polite and assume the best, to not make waves.

Though, my new policy is to just walk out of stores when it happens and I haven’t handed
over any money yet.

I’ve even started to change airline preferences and stopped going to certain shops … because I don’t feel comfortable there anymore.

I’ve even started to change airline preferences and stopped going to certain shops and restaurants that used to be favourites, because I don’t feel comfortable there anymore.

So, why is this happening? Didn’t the plebiscite cure the country of homophobia forever?

The first is that working in customer service, be it retail, a call centre, or the Virgin Australia Lounge at Melbourne Airport (the wife/partner clash has happened on at least seven occasions with Virgin Australia staff this year alone) is hell. People are the worst, and sometimes you go on autopilot just to survive. Maybe these people just use "partner" as the default in all their conversations, even with straight people. It’s unlikely, but it probably happens.

The second is that they just didn’t hear it the first time, or assumed they misheard. I get it, not many women have wives (give us time) and a lot of people probably aren’t used to women talking about their wives yet.

The first “partner” is fine, but beyond that the person either really isn’t listening, or they have an agenda.

But the reason I fear most is that they’re simply not comfortable with lesbians getting married. The person themselves might not even realise that’s why they can’t bring themselves to use the word "wife" when it comes to two women, but that doesn’t really make the hate behind it sit any more comfortably with me.

One painful thing that we all learned from the plebiscite, even though it’s not the thing we
focus on, is that while 62 per cent of Australia is totally down with the LGBTQ community having equal rights, 38 per cent of the country hated us enough to find a post box to try to deny us the freedom to marry that they so enjoy.

We know the exact percentage, we know it’s 4.87 million people, and that’s a confronting thing to be able to quantify.

And yeah, I know that getting hurt when people correct me when I say "wife" sounds like a small, petty gripe. But I’m fresh from spending years fighting for my right to be married in my home country.

I watched every other developed English-speaking country in the world get marriage equality before us. I saw catholic countries such as Portugal, Brazil, Spain and Ireland beat us by years. This word matters.

Besides, I’ve only been married for two years – the shine and awe of being able to call the
love of my life my wife hasn’t worn off yet.

CategoryLifestyle
Tags'Am A correctin I so stop wife

What's happening in the UK? A really simple guide in 100 words

Now You Can Wear Kat Von D's Lolita Shade on Your Eyes, Too
World News