Woodhall gave a sweet shoutout to his girlfriend on social media after Davis — who made her Olympic debut in Tokyo this week — placed sixth in the women’s long jump.

“I cannot express how proud I am of you,” Woodhall, 22, captioned a series of photos of the couple on Tuesday. “last year Tara Davis was not ready to compete in the Olympics. Last year Tara was fighting injuries, tough competitions(when you could actually compete), mental health, and so many other battles.”

He continued, “To see what you did yesterday motivates me more than you know.” The post has received more than 52,000 likes as of Wednesday.

Woodhall, who is an athlete himself and previously won a bronze and silver medal at the 2016 Summer Paralympics, shared that Davis, also 22, was “disappointed” by the outcome of her competition — but put it into perspective for her.

“It shows how driven you are and how motivated you are to be the best,” he added in his Instagram caption. “This is only the beginning and it will add fuel to the fire for whatever is next. You are my hero and I can’t wait for you to be home to celebrate an amazing season together.” 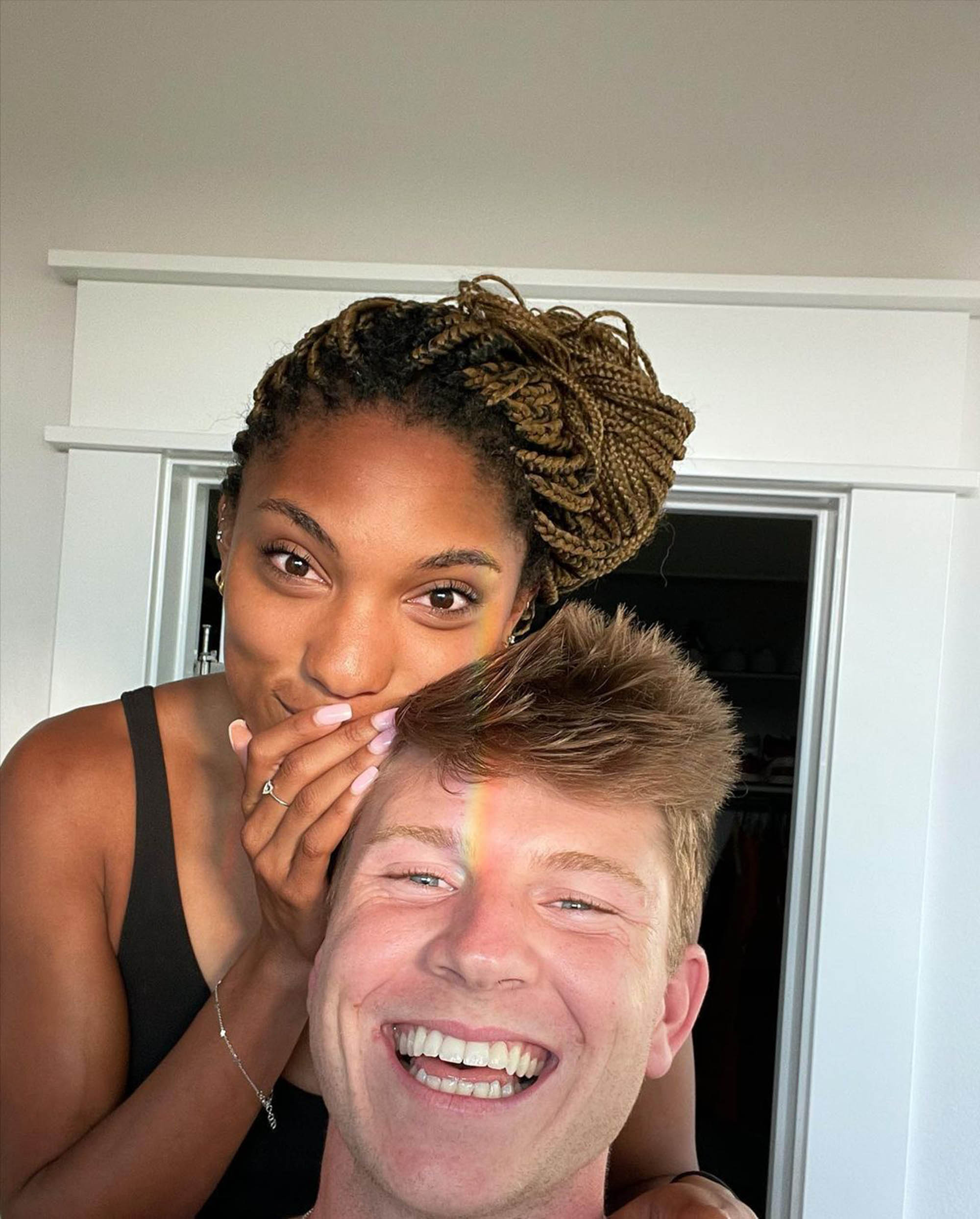 He then continued to list some of Davis’ accolades including how she was “the youngest competitor, the only without experience in an Olympic final, and had the longest season of any competing and still performed so well.”

“Absolutely mind blowing how special you are Tara Davis,” Woodhall concluded. “Also, wanted to say congratulations to all the other women who competed and especially those who medaled including @daljbeast who brought how a Silver for Team USA 🇺🇸.”

Followers praised the couple in the comments for rooting each other on.

“Love the support you guys have for one another!” one person wrote. “Keep it up… you guys are special!”

Davis and Woodhall have been dating since 2017.