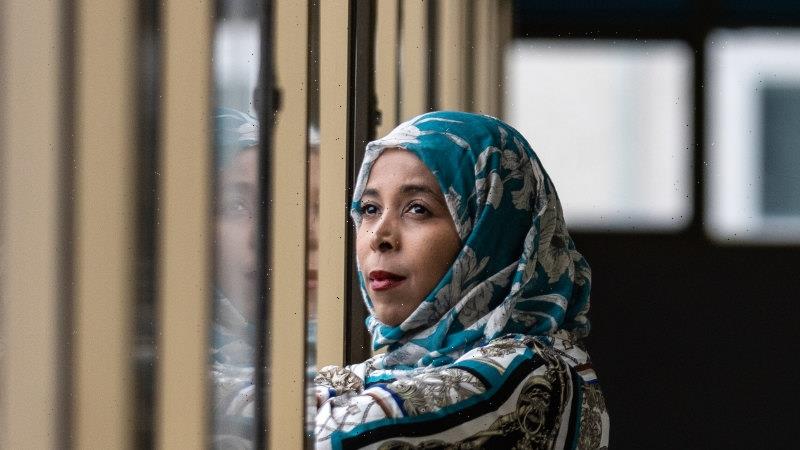 Government figures provided in response to questions from The Age confirmed 238 apartments were either empty or being upgraded in the Fitzroy and North Richmond estates alone, representing 5.8 per cent of available properties at Fitzroy, and 18.7 per cent at North Richmond. 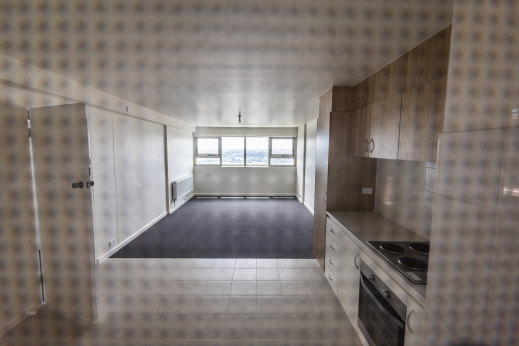 Room to move: one of the empty apartments at Fitzroy’s Atherton Gardens.Credit:Jason South

The Age was taken on a tour of a building in an estate last week and saw many of these empty, and often newly refurbished, apartments.

All the vacant apartments seen by The Age appeared to have been freshly painted, and had new carpets and intact appliances.

A spokeswoman for the Department of Families, Fairness and Housing acknowledged the “urgent” need for more social housing pointing to the state government’s $5.3 billion Big Housing Build policy as its response.

“Thanks to our unprecedented investment in housing, there are more than 7400 homes either underway or completed across Victoria,” the spokeswoman said.

In a statement, she said properties were rented “as soon as possible” once safety checks and repairs were completed.

Works were underway to upgrade another 100 apartments at North Richmond, where a further 91 were without tenants out of the estate’s total 1020 units. 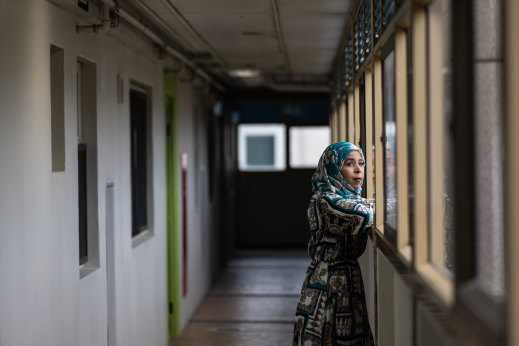 City of Yarra councillor Anab Mohamud, who lives on the Atherton Gardens estate, and fellow councillor Stephen Jolly were contacted by a young woman who said reported spending three months squatting in an apartment that had been empty for 18 months at the estate, before being threatened with eviction.

“To know that there’s that many houses available and people are homeless is an affront to us,” Mohamud said.

Mohamud said the department should act faster to get tenants in once works were completed. “These empty apartments are already upgraded, and they’ve been empty for too long.”

Jolly wrote to Housing Minister Colin Brooks last Thursday urging him to intervene in the woman’s case, and by Friday morning housing officers were in contact and offered her a public housing property. 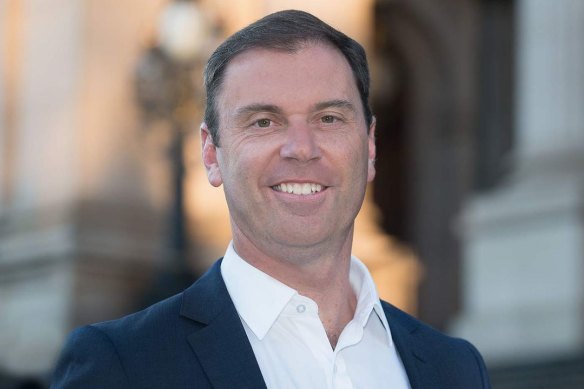 “It’s either gross incompetence or a conscious effort to empty out the towers despite thousands of people on the waiting list,” Jolly said.

But Brooks said managing and maintaining public housing stock was an “imperfect science”.

“We have a program rolling through public housing, upgrading and repairing stock, and so some of that involves having properties vacant so that we could get in and repair, or upgrade that facility,” he said.

“It’s always an imperfect science … there’s always a number of properties that are vacant as we’re moving into repair and upgrade those facilities.”

Brooks said the public housing waiting list in Victoria had grown to 56,000 – up from 55,000 in March – including the standard and priority lists.

Waiting times on the priority list for public housing, which includes people experiencing homelessness and people aged over 55, reached 15 months – almost 45 per cent higher than the 10½ month target.

The waiting time for vulnerable people who have experienced family violence is even higher, reaching 17 months in the most recent financial year.

“There are definitely challenges,” Brooks said.

“It’s exactly why the government a couple of years ago kicked off the big housing build. It’s really good that we did do that because it means that, at the moment, we’ve got a pipeline of projects [and a] pipeline of houses right across the state to deliver social and affordable housing.”

Liberal candidate Lucas Moon, who spent more than six weeks doorknocking high-rise housing estates across the seat of Richmond before the November election, estimated 20 per cent of flats were empty, and another 10 per cent were tenanted but vacant, with mail piling up outside.

“It was pure mismanagement of the resources we’ve got available,” he said.

Homes Victoria manages and maintains a $36 billion portfolio of 64,000 public housing dwellings, which are home to nearly 113,000 people.

Meghan’s ‘friend’ claims Harry will realise ‘mistake’ of marrying her