Home » Lifestyle » How will the Flower Super Moon in Scorpio affect your zodiac sign? 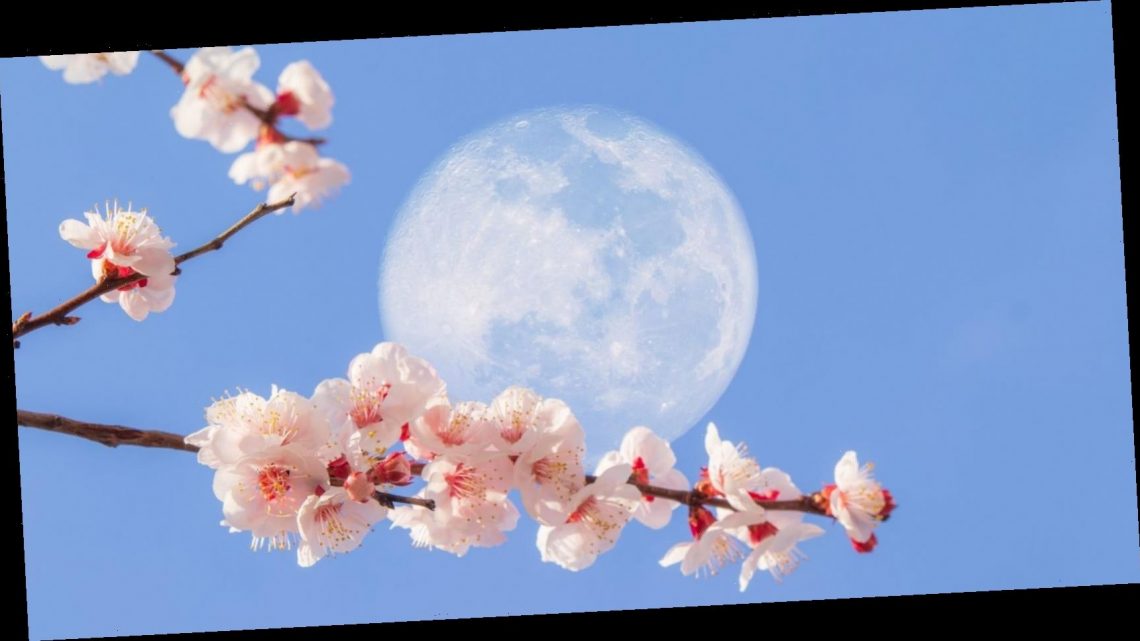 How will the Flower Super Moon in Scorpio affect your zodiac sign?

Get ready for the last supermoon of the year…

The coronavirus lockdown may be getting us down, but we’re about to get a little pick-me-up in the form of the Super Flower Moon.

That’s right: traditionally known as the Corn Planting Moon, the Flower Moon, or the Milking Moon, the fifth full moon of the year is set to coincide with a supermoon spectacle.

And this means that, according to the US space agency NASA, the full moon will appear bigger and brighter than usual in the night sky.

With that in mind, then, here’s everything you need to know about this week’s Super Flower Moon.

First things first, what is a supermoon?

In its simplest terms, a supermoon occurs when a new or full moon closely coincides with perigee, the moon’s closest point to Earth in its monthly orbit.

And why is this one called the Super Flower Moon?

It’s because this is the time of year that all of those green shoots make good on their promise, and the world’s flowers begin to bloom in earnest.

According to The Almanac (which, incidentally, this writer owns and reads at the start of each new month), it was dubbed such by the Algonquin tribes and adopted by the early Colonists in North Eastern America.

“This is certainly a time for floral abundance in the countryside and gardens,” the book explains.  “The bees and butterflies will be out pollinating the flowers and making the most of the abundant nectar in the daytime, just as the moths will do at night.”

For those who like to garden by the moon, then, it’s worth noting that one should sow crops that develop above ground between the 1 and 7 May.

Did the Super Flower Moon go by another name?

It’s worth noting that May’s full moon once went by the name of Mother’s Moon.

“It is a fertile time and a time for making babies,” explains The Almanac. “The medieval name for May’s full moon was Mother’s Moon, which may refer to the goddess Maia after whom May is named, and who was associated with midwives, motherhood, and nursing.”

When will the Super Flower Moon be visible?

This week, the full moon will reach peak illumination before noon on Thursday 7 May.

Viewed from the UK, it will peak at about 11.45am BST but, unfortunately, this will happen with the moon already below the horizon.

This means that you will have to be ready with your camera (because admit it, you’re gonna want a photo for Instagram) at 8.44pm BST, when the full moon is predicted to rise for the night.

How will the Full Flower Super Moon in Scorpio affect your zodiac sign?

Well, it depends on if you put much stock in the zodiac or not. If you’re anti-astrology, it probably won’t have much of an effect at all.

For those who are into their horoscopes, though, moonologist Yasmin Boland suggests that Taureans, Cancerians, Virgos, Scorpios, Capricorns, and Pisceans will find this an extremely positive time.

All those other star signs, though? Not so much.

Whichever zodiac sign you fall under, you can expect to feel an increased desire for physical intimacy.

“This is a good time to ‘bring sexy back’,” notes Boland on her blog, adding that the energy of the Super Flower Moon is going to be  “super intense”.

You can find out more, including which questions you should ask yourself under this week’s full moon, here. Whatever your beliefs, though, be sure to tilt your head upwards on 7 May: this supermoon is, as we say, the last of the year… and it’s going to be a sight to behold.

Marks and Spencer delivery: Which M&S shops are delivering? How to order
World News