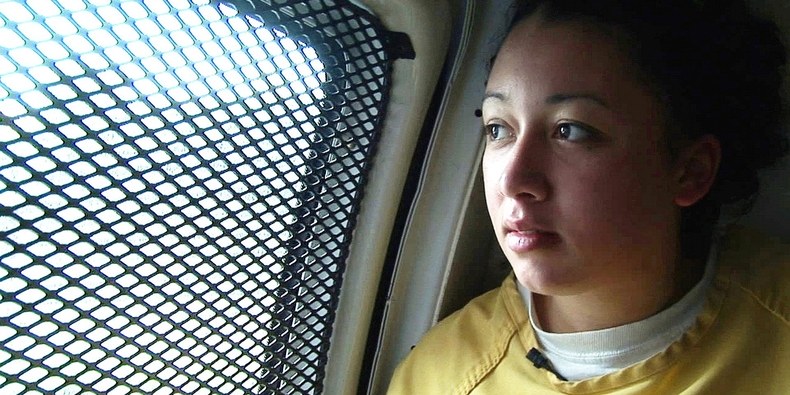 How Twitter Reacted When Cyntoia Brown Was Granted Clemency

Cyntoia Brown has spent nearly 15 years in prison in Nashville, Tennessee—15 years of a life sentence for killing a man to whom she had been sold for sex in 2004, when she was just 16 and a victim of sex trafficking. (She pleaded self defense; by her account, she shot the man, Johnny Allen, when she believed he was reaching for a gun himself.) But as of August 7, Brown will be free: On Monday, Tennessee Governor Bill Haslam granted clemency to Brown, now 30, who will be released on parole at the end of the summer.

“Cyntoia Brown committed, by her own admission, a horrific crime at the age of 16,” Haslam said Monday, according to the New York Times. “Yet, imposing a life sentence on a juvenile that would require her to serve at least 51 years before even being eligible for parole consideration is too harsh, especially in light of the extraordinary steps Ms. Brown has taken to rebuild her life.”

Brown's case was the subject of a 2011 PBS documentary, but it wasn't until several years that the #FreeCyntoiaBrown hashtag went viral. In 2017, Brown’s case attracted an unusual flurry of celebrity attention, with Rihanna, Kim Kardashian, and Cara Delevingne all rallying around what was widely perceived to be an unjust verdict and sentence. “Did we somehow change the definition of #JUSTICE along the way?” Rihanna wrote in an October Instagram post. “Something is horribly wrong when the system enables these rapists and the victim is thrown away for life.” Kardashian wrote on Twitter that “the system has failed” and proceeded to hire a lawyer—Shawn Holley, who was part of O.J. Simpson’s defense team alongside Kardashian’s father Robert—to assist the legal teams of both Brown and Alice Marie Johnson. (Kardashian was instrumental in lobbying the White House to commute the sentence of Johnson, a 63-year-old woman who spent more than 20 years in prison in Alabama for a first-time, non-violent drug offense.)

It shouldn’t take celebrity attention throwing a case into sharp relief to see some justice in the broken criminal justice system in the United States, but the scrutiny cast on Brown’s case by her high-profile supporters has meant that, when news broke that she’d be getting out of prison, she’s been greeted by a chorus of celebratory posts on social media. Jada Pinkett Smith, Kardashian (of course), Padma Lakshmi, Chelsea Manning, Surviving R. Kelly producer Dream Hampton, writers like Alexander Chee, Danez Smith, and Ijeoma Oluo, and former Georgia gubernatorial candidate Stacey Abrams (who credited the "victory" to "the Tennessee human trafficking activists, especially Black women, who refused to concede injustice & instead organized to create change,") all chimed in on Twitter, and the reactions are still coming. See a few of the highlights, below.

Cyntoia Brown was finally granted clemency and will be released on August 7th after being tried as an adult at 16 and given a life sentence. https://t.co/qEVonrBQD2

Justice has finally been served: #CyntoiaBrown has been granted clemency. This victory belongs to Cyntoia Brown & to the Tennessee human trafficking activists, especially Black women, who refused to concede injustice & instead organized to create change. https://t.co/ANC0aOXj5N

please remember that returning home, especially under supervision is a marathon and not a sprint – continued support is important

My heart swells for #CyntoiaBrown! Thank God for mercy and relentless organizing.

Glad Gov. Bill Haslam granted clemency, but credit to Black women activists who have been working on this non-stop.#CyntoiaBrown https://t.co/VSHWtZqmMd

Hollywood Moms Are Obsessed with These Comfy-Cool Allbirds Sneakers (and They're Now at Nordstrom!)