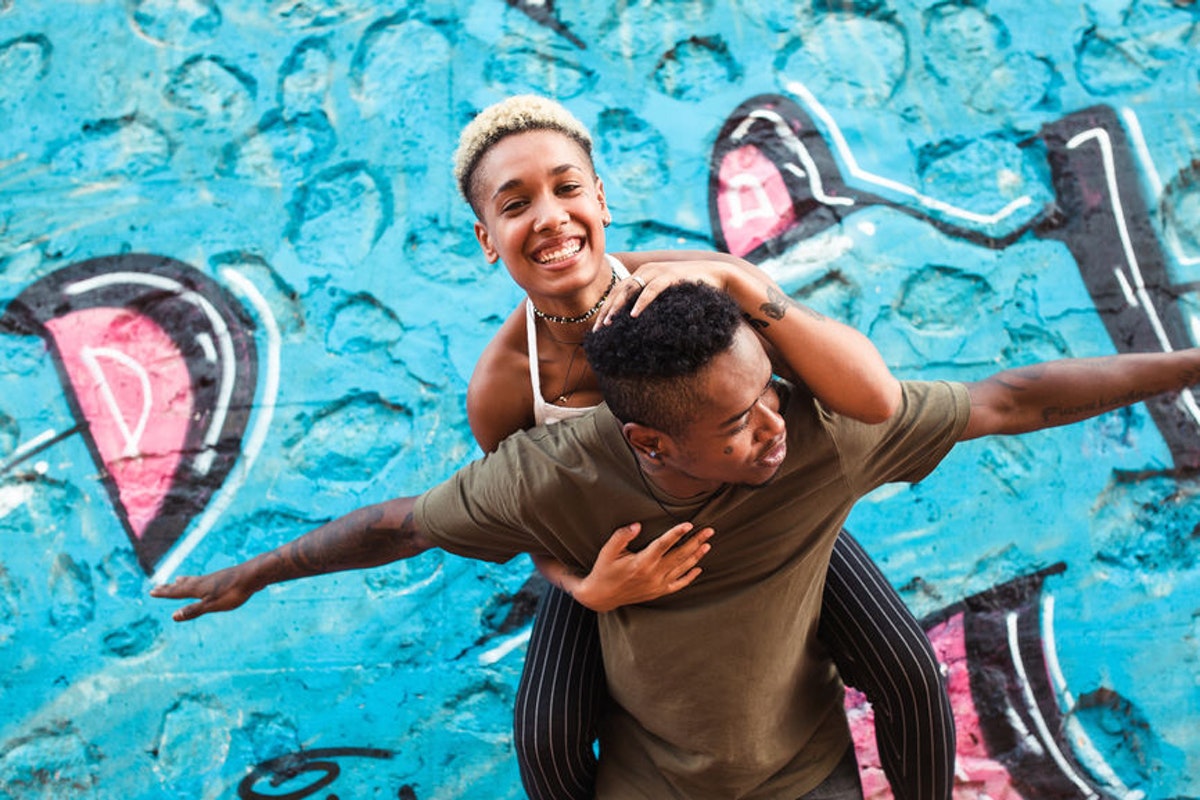 Once you’ve started dating someone you’re really into, there may come a time when you wonder if there could be potential for something more serious. However, early on, it can be a bit tricky to accurately evaluate whether or not the person you’ve fallen for is, in fact, ready for a long-term relationship. Fortunately, if your partner’s in it for the long haul, there are typically some strong indicators that signal they’re looking forward to a future with you. We all know how important it is to communicate, especially when it comes to relationships. That’s why having a conversation about where your relationship is headed can be the most fool-proof way of finding out where exactly your partner’s head is at.

"If [they’re] serious about you, [they] won’t be afraid to talk about where things might be headed," dating expert and consultant for ModelClub.com James Preece previously told Elite Daily. "If it’s early, [they] might want to plan a holiday together. Or if you’ve been together a while, [they] might naturally want to make sure you’re on the same page about marriage, kids and exactly what you’re looking for."

But let’s be real, asking someone if they want to be with you for the distant future can be very scary, and if you don’t choose your words carefully, it can also put unnecessary pressure on a relationship that was otherwise progressing well. In some cases, actions can also demonstrate that a partner wants a future with you. According to Preece, if they give you access to their personal space, this is a huge sign they are fully committed to you and the relationship.

"Once a man gives you the keys to where he lives, he’s 100 percent committed," said Preece. "It’s a fantastic sign that he completely trusts you and is quite happy for you to stay even when he’s not there. He knows there is the risk you might discover things he’d rather you didn’t, but he’s open enough not to care."

Another thing to consider when trying to figure out if your SO is committed is whether or not they’re completely over their exes. “If your partner brings up their ex at inappropriate times, like when you are planning your future together, it’s likely a sign that there is a problem,” board-certified psychiatrist Dr. Susan Edelman previously told Elite Daily. Once they’ve made it clear that they’re no longer hung up on people from their past, this could mean they’re ready for a future with you.

Anticipating how a relationship will pan out can be much more complicated than it seems, especially if you’re still in the honeymoon phase. But another great way to suss out if you have what it takes to last is to see how you feel about each other once the warm and fuzzies have worn off.

"During [the honeymoon phase], everyone is on their best behavior and a bit fraudulent," relationship expert Monica Parikh of School of Love NYC previously told Elite Daily. According to Parikh, most people don’t start to be their most authentic selves until between three months and a year of officially being a couple. So, if you’re still exploring a new love, then it may be a bit too early for both of you to tell if your partnership is sustainable. With that said, if things are going well and you’re both satisfied with the pace things are moving at, enjoy it! It’s all too easy to get caught up in where things are headed and not soak in every magical moment of being with someone who you’re excited about. If they’re not giving you the level of commitment you want, and you’ve talked about it with them, perhaps you’re just not looking for the same things right now. In these situations, it’s up to you to decide if you’re willing to compromise, or if it’s better to move on.