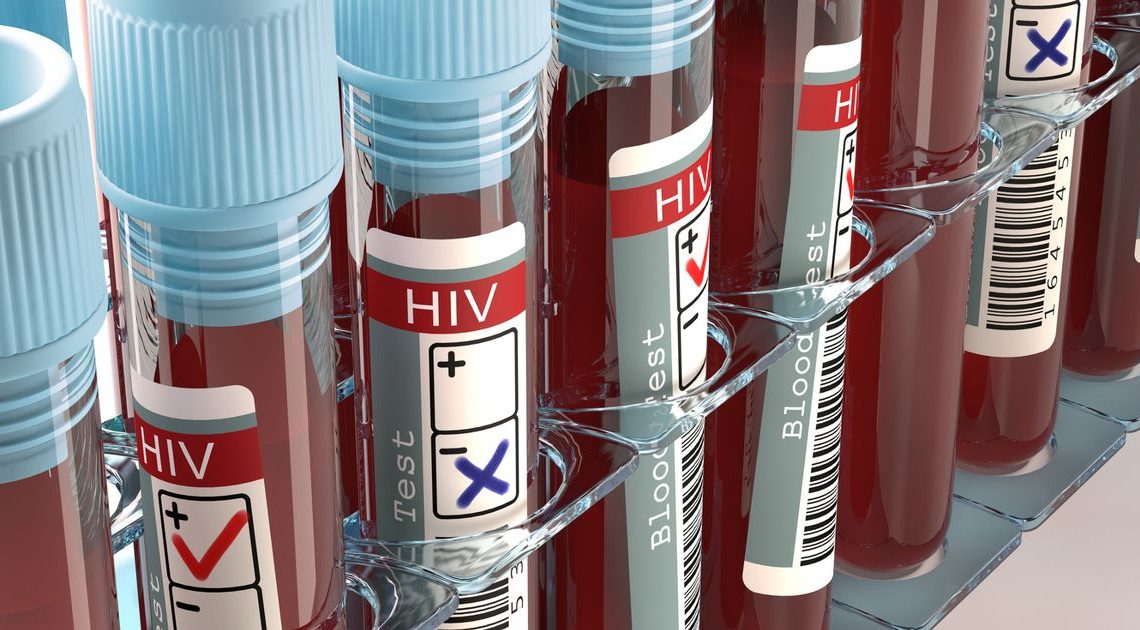 On April 23, 1984, the US government announced that a scientist had discovered the probable cause of AIDS .

Dr Robert Gallo, a biomedical researcher and expert in leukaemia, had identified a “retrovirus” which sparked the so-called plague killing gay men and intravenous drug users.

It would become known as the human immunodeficiency virus – or HIV – and proved a crucial breakthrough in the fight against the disease.

Now, 35 years on, doctors believe they are on the brink of defeating HIV and AIDS for good.

Experts in London say a male patient has been “cured” through a stem cell transplant while scientists in California have found a way to destroy the dormant virus before it activates.

Some 1.1 million people around the world are infected with HIV and, while medication can now suppress the infection to undetectable levels in many, a stigma remains.

But look what progress has been made in AIDs research in the past four decades….

HIV is thought to have originated in the 1920s in Leopoldville, the capital of the Belgian colony of Congo when the virus crossed from chimpanzees into humans and was spread through prostitution.

How many people were infected then is unknown but by 1980 between 100,000 and 300,000 people were affected across North America, South America, Europe, Africa and Australia.

And a group of men in New York and California were found to have an unusually aggressive cancer named Kaposi’s Sarcoma.

In December cases of PCP were reported in people who injected drugs.

By the end of the year, there were 270 reported cases of severe immune deficiency among gay men – 121 of them had died.

1982 In June, cases among gay men in Southern California suggested the cause of the immune deficiency was sexual and the syndrome was initially called gay-related immune deficiency (or GRID). Later it was reported in haemophiliacs and Haitians.

In September, the US Centers for Disease Control used the term 'AIDS' (acquired immune deficiency syndrome) for the first time.

Cases were also being reported in a number of European countries.

In January 1983, AIDS was reported among female partners of men with the disease suggesting it could be passed via heterosexual sex.

In June, the first reports of AIDS in children led to fears it could be passed via casual contact but this was later ruled out and it was concluded they'd acquired AIDS from their mothers before, during or shortly after birth.

In September, the CDD ruled out transmission by casual contact, food, water, air or surfaces.

The first major breakthrough came when Dr Gallo's team in the US and researchers in France discovered retrovirus HTLV-II – later called HIV.

There was still no treatment and hysteria was rife about the “gay plague”.

He left $250,000 to set up the American Foundation for AIDS Research.

But the infamous “tombstone” ads are widely credited with slowing the epidemic in the UK.

And when Princess Diana opened the UK's first HIV/Aids ward at Middlesex Hospital she publicly shook the hand of an AIDS patient, challenging the stigma and misconception that the disease could be passed on by touch.

The first antiretroviral drug – AZT – was also approved for use in the US.

It would prove the end of the HIV “death sentence” and allow people to live with the condition.

In 1991, Freddie Mercury died, just a day after admitting he had Aids.

US basketball player Magic Johnson had told the world that he was HIV positive just a few weeks earlier, helping to dispel the stereotype that HIV could only affect gay men.

In 1992 Elton John set up his Aids foundation, demanding more money for treatment and research.

Then came the development of the first combination treatment – highly active antiretroviral therapy (ART) – which eventually led to a 60 to 80 per cent decline in the death rate.

By the end of 1999 Aids was the fourth biggest cause of death worldwide and the top killer in Africa.

An estimated 33 million people were living with HIV globally.

The new millennium brought hope for sufferers in poorer countries.

In 2001 drug companies abandoned their opposition to generic antiretrovirals being produced, making life-saving treatments much cheaper.

And in 2002 the Global Fund to Fight HIV/Aids, Malaria and Tuberculosis was set up, which has since distributed almost $40 billion.

One of the greatest breakthroughs in recent years has been the development of PREP – or pre-exposure prophylaxis medication.

It lowers the chance of a person becoming infected with HIV during sex by more than 90 per cent when taken daily.

It can reduce the risk of contracting HIV from needle use by roughly 70 per cent.

An estimated 36.7 million are currently living with HIV.

But while Africa has the highest burden, it is Eastern Europe which is fighting a rising tide of infections.

Deaths in the region have soared by 38 per cent in a decade, almost as much as they have fallen elsewhere, with Russia worst of all.

Health Secretary Matt Hancock pledged at the end of last year that there would be no new infections in England by 2030.

In his State of the Union address US president Donald Trump made the same promise.