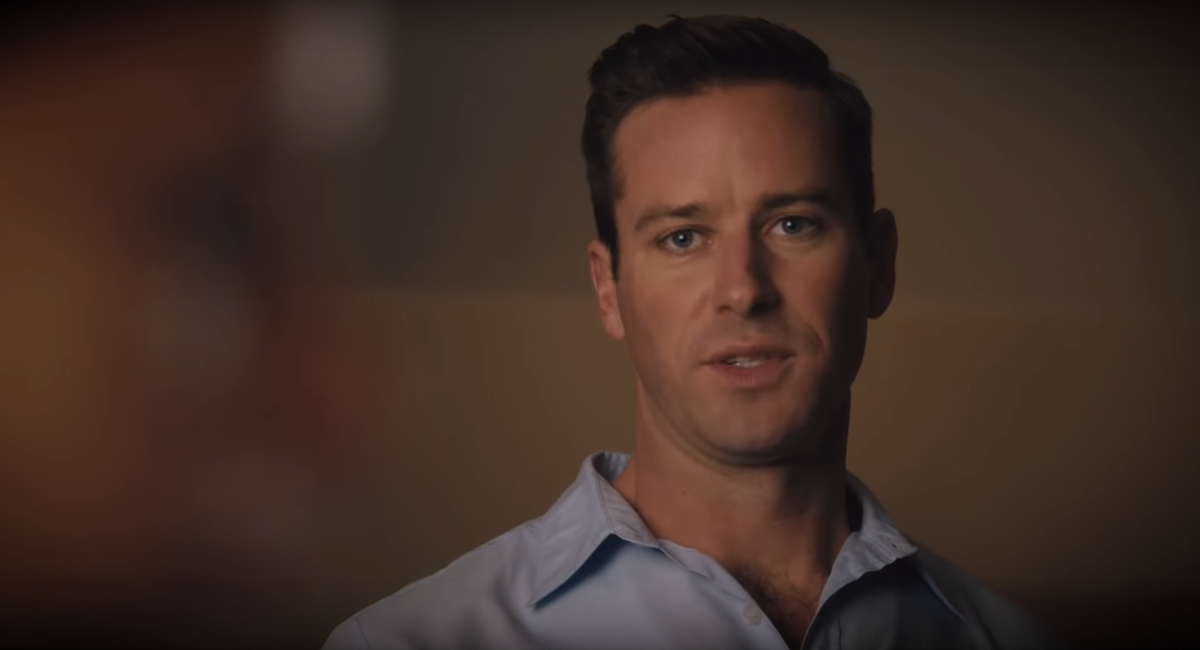 In the new Ruth Bader Ginsburg biopic, On the Basis of Sex, Armie Hammer’s character has to cook dinner for his family. It’s a simple activity, and on the big screen it’s performed by women all the time; just something they’re doing in the background while they’re talking about whatever else is going on. But watching a man do it is striking. In 2018, men don’t cook for their families — at least that’s what most movies and TV shows would have us believe — and this scene in On the Basis of Sex is set in the 1970s.

"I was blown away with how progressive their relationship would seem now, and much more so in the ’50s, ’60s, and ’70s," says Hammer, who plays Ruth Bader Ginsburg’s husband, Martin Ginsburg, opposite Felicity Jones’ take on the Supreme Court justice. In fact, Hammer tells me over the phone that he finds Martin "aspirational" and says of playing the late lawyer (Martin died of cancer in 2010), "It taught me how to be an even better husband and a more supportive husband and a better father." Hammer has been married to actor Elizabeth Chambers for eight years, and they have two children, Harper and Ford.

On the Basis of Sex picks up with the Ginsburgs early on in their marriage when they were both students at Harvard Law, and follows them up to the 1970s when they argued their only court case together. In Moritz v. Commissioner of Internal Revenue, the couple argued that a man was being denied a tax deduction for taking care of his elderly mother on the basis of sex, because the law presumed that a caretaker must be a woman. They believed changing this law could set a precedent that would then help women when it came to the many laws that were biased against them. 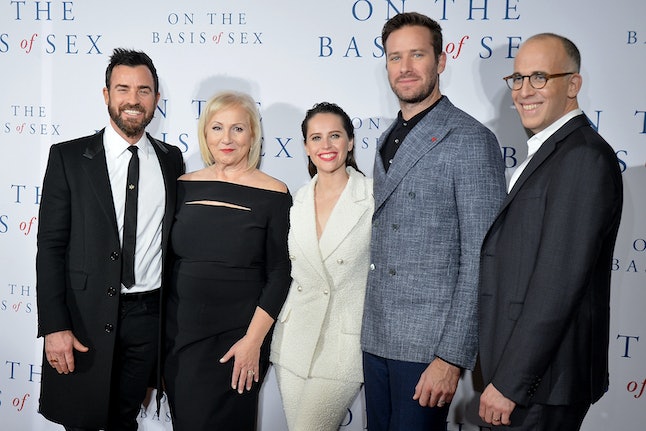 Ginsburg is renowned for her lifelong fight for gender equality, and equality was something that ran deep through her and Martin’s relationship, too. Hammer attributes their "completely symbiotic relationship" in part to how Martin lived his life at a time when men were meant to behave in one way and one way only.

"Martin had so much self-confidence and was such a strong individual that he was willing to buck the gender norms of the time," Hammer explains. "There weren’t a lot of men who would do that, much less do it with such joy and take such pleasure in being a supportive husband and incredible father."

The 32-year-old actor continues, "I think that this is the kind of man that we should all look up to and try to be. His masculinity was so secure and he was so confident in himself that he didn’t have to be any sort of, like, domineering husband who was like, ‘Oh you’re the wife, you stay home, and I’m going to go out and fight mammoths.’ It wasn’t that kind of thing and I loved that."

Hammer, who says that playing the character didn’t so much change his thoughts on gender roles as reaffirm the equality he already believes in, agrees that this type of role for men is noticeably rare in Hollywood. "You always see the women getting shoehorned into these supportive roles, and to see a man do it, and to do it with such joy, was, for me, it was incredible getting to step into those shoes."

On the Basis of Sex was directed by Mimi Leder (Deep Impact, Pay It Forward), and this role was also a change for Hammer in that it marked the first time he worked with a woman director on a film. "Right now we are living in in a time that also needs change, as well," Hammer says, "I’ve been making movies for almost two decades, probably 15 years now, and this is the first time I’ve ever worked with a female director on a feature film. That’s kind of embarrassing."

Hammer hopes that the movie is "a motivation for people to continue the fight that Ruth Bader Ginsburg has started." That said, he finds the story sort of difficult to take in considering the current political climate. "At the same time [that this experience was] encouraging, it was also disheartening to see all of the work that people like Ruth Bader Ginsburg had put into gender equality or marriage equality or voting rights and all that, and then to see all of that work and see where we are now," he says. "I just have to keep telling myself that progress normally happens two steps forward, one step back, so hopefully this is just currently a little bit of a step back."

While Hammer wants the film to inspire people in the fight for equality, he knows that the relationship at the core of it can also be a model for people in their relationships. "There’s no mystery why these two had such a long lasting and successful partnership, and it was because they were actually equal partners. And you see that existing in an equal partnership like that is really better for everyone involved."

Did anything else he learned about the couple enlighten him? "Other than that, the fact that Martin put Calvados in his chicken pâté recipe," Hammer says, "And it gives it a very nice kick."

CategoryLifestyle
TagsBasis How of on sex Taug the

Ratings: Golden Globes Dip a Bit vs. 2018, Leading Out of Huge NFL Game

These Are The Surprising Things ‘The Bachelor’ Contestants Eat
World News