Home » Lifestyle » How much do women have the right to bare arms? 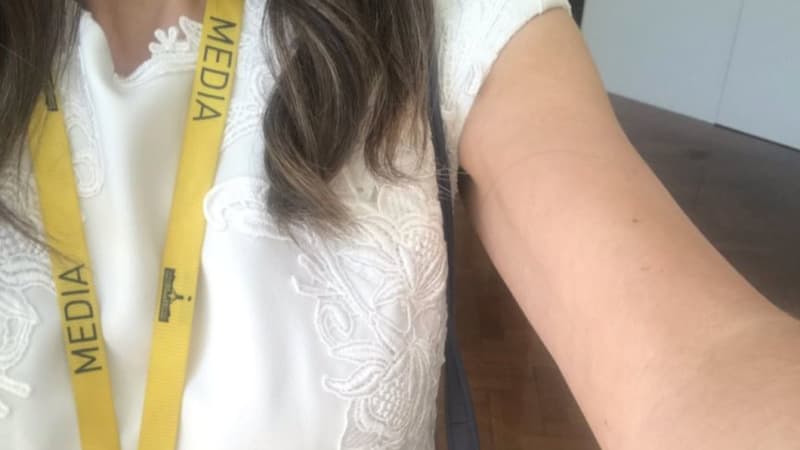 How much do women have the right to bare arms?

How much right do women have to bare arms? How short (a sleeve) is too short to be considered decent, these complex days, and what even qualifies as a cap sleeve?

In the wake of a respected reporter being ejected from the House of Representatives for showing too much upper limb, these are the questions on many working women's lips. 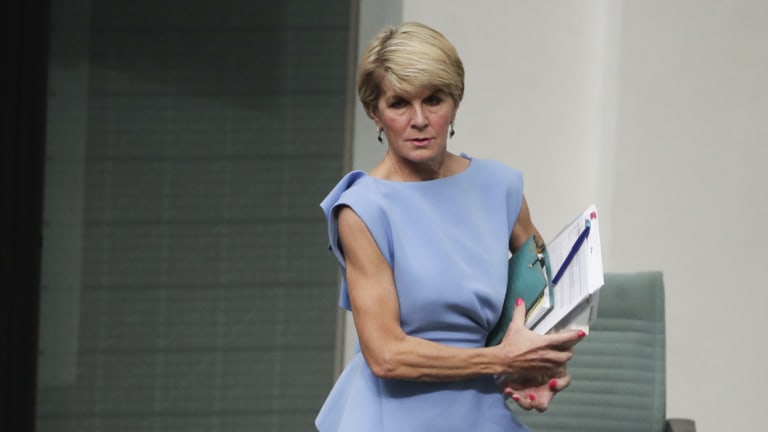 Julie Bishop in Question Time on Tuesday, not much sleeve on offer, either.Credit:Alex Ellinghausen

She found herself out on her ear for having her arms protruding from a neat white shell top.

Social media agreed not only was this ridiculous given actual parliamentarians have graced the people's house in less (sleeve), the suggestion a woman's arm was "inappropriate" was rude.

The fashion rules of decency, such as they are, seem murky and confusing.

Women may not wear buquas into Parliament, unless they are Pauline Hanson, who doesn't like burquas, then they can.

Yet journalists on television can go daringly sleeve-nude, and Lisa Wilkinson even allowed herself a total shoulder reveal in a pretty, collarbone-grazing off the shoulder number –in prime, family viewing time – and no one turns a hair.

Four stylists came down on the side of the cap sleeve being kosher, yesterday. In fact, most agreed if your bra strap isn't showing, the full off-the-shoulder in a corporate situation is fine, even flattering on the larger bosom.

The it-girl celebrity stylist du jour, Lana Wilkinson, was fully fired up about the suggestion Karvelas' top was out of line. "I think she looked exceptionally professional, very modern-day businesslike.

"That top was not bearing a shoulder by any stretch, that was a cap sleeve. And if it's OK for royalty (Meghan Markle on her recent Aussie visit) to wear a cap sleeve, I don't understand why it's not OK at a parliamentary discussion."

Ms Wilkinson described the top as "not offensive". "It was in a hue that's quite crisp, not too gratuitous, or bold, not a print.

"Who died and made this guy (the parliamentary supervisor who insisted Ms Karvelas leave the press bench) the fashion police?  In a previous life I worked in corporate and I sat across the table from a lot worse (more exposing clothing) than that."

Bianca and Bridgett Roccisano (aka @MelbourneStylists) said while there definitely are still fashion rules in place especially for work dressing, and these are based on "traditional etiquette", if one's undergarment is concealed shoulders are good to go (on show).

"Our understanding is that the shoulder should be covered to avoid the exposure of bra straps which is deemed to not be professional. Should a bra be completely covered, and there is a slight cap sleeve, we don’t see anything wrong with this," the sister-stylists said.

"The notion of women covering their arms in the workplace has been debated as being outdated." 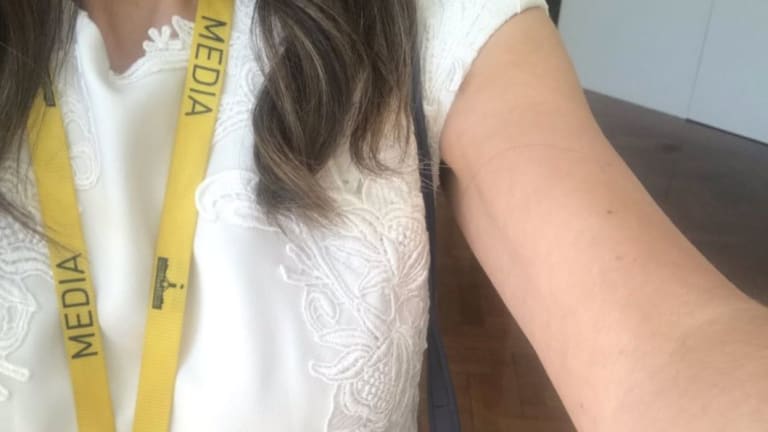 ABC journalist Patricia Karvelas was kicked out of Question Time because her outfit was deemed too revealing.

As for the question of whether that staple of female corporate power dressing back in the day, and still in the day, the sheerish silk shirt, still passes, the Roccisanos were nonplussed: "We advise clients to wear a strapless bra under a cami if wearing a sheer shirt".

While sleeveless was difficult to pull off (especially if armpits were not meticulously shaven), "a cap sleeve, for me if I had a client saying they wanted to wear one, I wouldn't think twice".

Men, by the way, were said to be also enjoying less uptight workplace fashions. The tie, for example, was no longer the go-to corporate staple. Lana Wilkinson said even the Spring Racing stylish-bloke's favourite – bare ankles, no socks – was quite fine in the office now.

Her advice for woman was, if in doubt fall back on the ever-green rule: "cover the other thing up, only have one thing (legs or shoulder/decolletage) out".

"This applies at the office and in life. Know the occasion," she said. "And when did femininity go out of fashion, anyway?"

CategoryLifestyle
Tagsdo have How much rig the women