Home » Lifestyle » How Long Should You Date Before Leaving Stuff At Their Place? Here’s What Experts Say 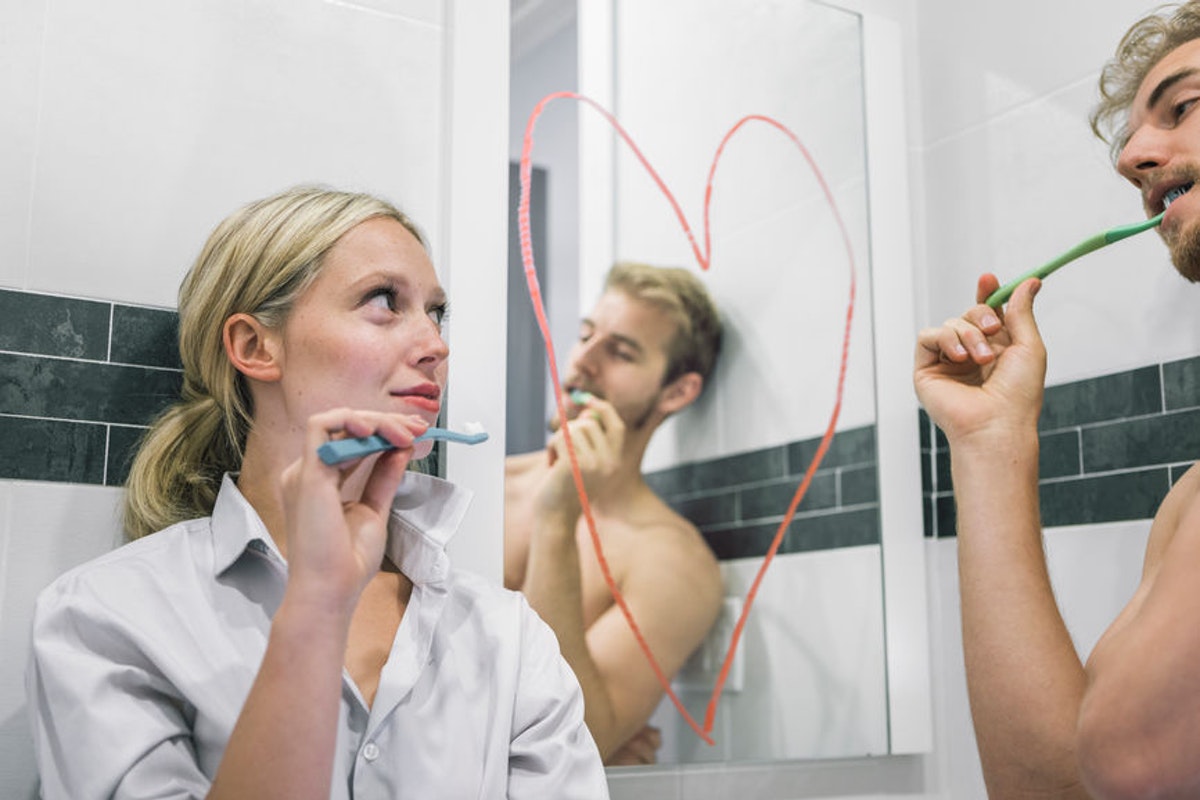 How Long Should You Date Before Leaving Stuff At Their Place? Here’s What Experts Say

What’s the weirdest thing you’ve ever left at someone you were dating’s house? For me, it was a curling iron in the freezer. Long story. Anyway, there may come a point in any new relationship when you’re going to want to start leaving a few things at their place. After all, if you’re staying over regularly, you don’t want to have to schlep your toothbrush and pajamas around with you all day just so you can avoiding leaving any trace of your existence behind in their apartment, right? So, how long should you date before leaving stuff at their place? Is that something you need to wait to do until the relationship is fully established? Or is it really no big deal to leave a few essential items around, pretty much from the start?

To help answer those questions, I reached out to dating and relationship experts Grace Lee, co-founder of A Good First Date Online, and Stef Safran, matchmaker and founder of Stef And The City, who helped break down how to know when it’s OK to start leaving things at their place and how to go about it. Their advice made so much sense. Here’s what they had to say.

When the time is right.

In relationships, timing is everything, but unfortunately there isn’t some exact calendar of when to reach each milestone, including when it’s appropriate to start leaving things at their place. “While there is no hard and fast rule on when you can start leaving things at their house, wait until you know that you’ll both want to see each other again,” Lee tells Elite Daily. “For some, this happens right away and for others this takes time. If you really want to see the other person but you aren’t sure that the feeling is mutual, don’t cave into the temptation of leaving things at their house as an excuse to see them again!”

She suggests starting with small necessary items, to gauge how the person you’re dating feels about you stashing things in their home. “A great place to start is a toothbrush. It’s harmless enough, doesn’t take up that much space and well, let’s face it, benefits both people!” says Lee.

Lee also suggests waiting until you’re seeing each other regularly before you start moving any “permanent feeling” items in like clothes. “After all, the purpose of your leaving things at their place is because you’re there often enough that it makes sense. It’s the outcome of an existing situation. This isn’t the moon, don’t leave things to mark your territory,” says Lee.

How to talk to them about about it.

If you want to start keeping a few things at your SO’s place, Safran tells Elite Daily you should start by talking about it first. “You need to be straightforward and say ‘It’s hard for me to keep carrying X around in my bag, can I keep X here?’"

Lee says to cater the conversation to the type of items you’d like to leave behind. “If it’s simple, like a toothbrush a simple, ‘Hey, do you mind if I leave this in your bathroom?’ will suffice. If it’s something more substantial like clothes, then say, ‘Do you mind if I leave my pajamas here?’ Start with a small item, you can take over the closet later,” says Lee.

What their response says about the relationship.

While Lee says it’s unlikely they would flat out refuse to let you leave something at their place, you should pay attention to their body language to see how they really feel about it. If they seem uncomfortable, she says it’s fine to ask about it. “That conversation might sound like this: ‘The other day when I asked you if I could leave my pajamas at your place, you seemed really uncomfortable. Because we are spending every weekend together, I thought you’d be OK with it. Am I reading the situation correctly?’” Lee suggests.

However, if they seem happy to let you leave a few essentials in their home, then Lee says that’s great news. “It means that you’re both making an implicit commitment to seeing each other more regularly,“ she explains.

The takeaway here is that the time to leave a few things at someone’s house is when you’re staying over regularly, and it feels like you’re going to continue to do so. It just makes sense and will make everyone’s (especially your) life easier. And honestly? If they want the pleasure of your regular company, they should be willing to let you keep a toothbrush handy, too. Just maybe a wait a while longer to start storing your curling iron in the freezer. That was awkward.

Andy and Sandra! Revisit the Golden Globe Hosts Through the Years