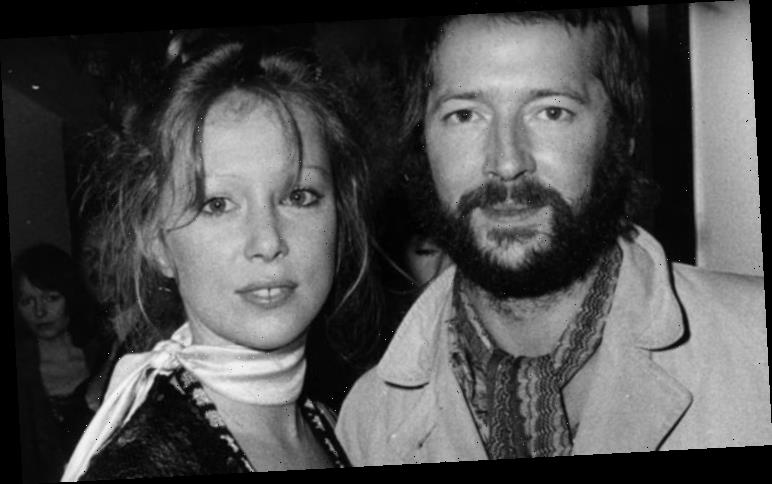 How Eric Clapton became obsessed with Pattie.. and heroin 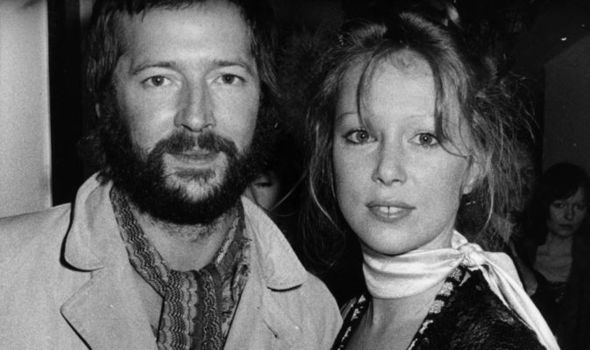 It was the autumn of 1970 and he produced a cassette of Layla which he played three times at a London flat used by his short lived band Derek and the Dominos, studying her reaction. Blonde-haired, blue-eyed and beautiful, Pattie was married to his friend and fellow musician George Harrison. Yet Clapton was infatuated and Layla’s lovelorn, wailing guitar and pleading lyrics were a shameless bid to win her love.

Listening to it provoked awe that “the most powerful, moving song I had ever heard” should have been written about her, Pattie would later recall. She admitted: “The song got the better of me. I could resist no longer.”

And so, caught between the rival attentions of Clapton and Harrison, the 24-year-old surrendered and an intense affair began. The pair had first met two years earlier after a performance by Cream in London.

Clapton recalled: “She belonged to a powerful man who seemed to have everything I wanted. Amazing cars, an incredible career and a beautiful wife.”

Not long after he had played Pattie Layla, Clapton turned up unexpectedly at Friar Park, the Surrey home she shared with Harrison, when the ex-Beatle was away.

He told her he couldn’t live without her and she had to come away with him this very minute. When she refused, he took a small packet from his pocket and said it contained heroin, which he’d take if she refused. 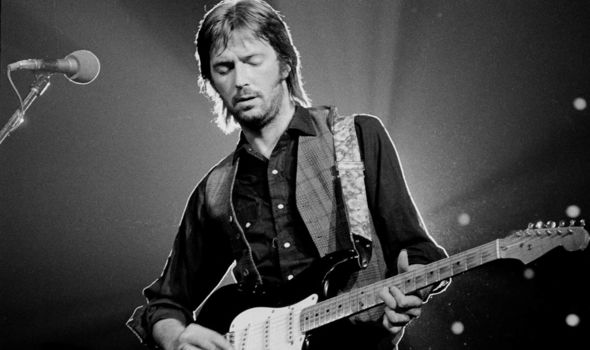 Horrified, she tried to grab the packet, but he held it in his clenched hand. He said, “Right, that’s it, I’m off,” and left, presumably to plunge into a deadly habit for which Pattie would be to blame.

It was emotional blackmail of a peculiarly shameless kind, since he’d already been taking heroin for months.

He had indulged unrestrainedly in pot, LSD, cocaine and every kind of pill but, fearful of injections, he had always held back from smack.

Then his Cream bandmate Ginger Baker had revealed it could also be snorted like cocaine. Baker always warned in older-brotherly fashion that he’d “have his balls” if Clapton ever tried it. But the drummer was living proof one could take heroin and still appear to function normally.

Clapton later explained how his initiation came about: “The guy I was scoring coke from would only sell it to me if I bought smack as well. So I kept stashing it away in a drawer
Then one day there was no coke around, so I thought I’d have a snort of smack, and it was quite nice.”

Layla And Other Assorted Love Songs had been released in time for Christmas 1970. Its title track was not the only one aimed directly at Pattie.

Bell Bottom Blues pleaded, to the point of grovelling, for another rendezvous under the Guildford town clock where the pair enjoyed secret assignations.

Today, the album is generally recognised as Clapton’s greatest achievement but at the time it was a commercial failure, reaching only number 16 in America and failing to chart in Britain.

And the subsequent collapse of Derek and the Dominos marked Clapton’s transition from occasional heroin-user to serious addict.

In March 1970, a letter marked “Express” had arrived at Friar Park, the stately home near Henley, Oxon, Pattie shared with George Harrison.

It said: “What I want to know is if you still love your husband or if you have another lover? If there is still a feeling in your heart for me you must let me know! All my love E.”

It was from Clapton and, from then on, the pair began a serious flirtation. However, despite his feelings for Pattie, the star had patched things up with his socialite girlfriend Alice Ormsby-Gore, 18, youngest daughter of the 5th Baron Harlech, and a fellow addict who took on the job of travelling up to London to rendezvous with their heroin dealer. 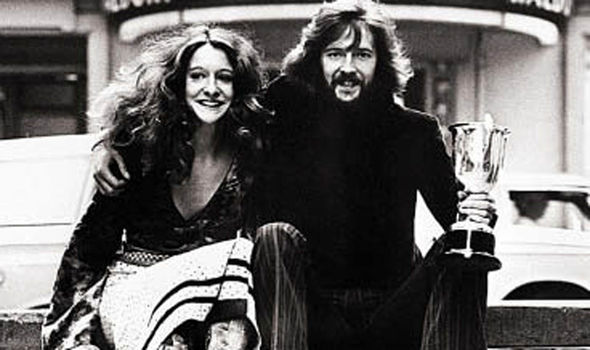 Snorting as they did – Clapton with a gold spoon he wore around his neck – used up much more than injecting, so Alice’s trips had to be very frequent.

Like most newcomers to heroin, Clapton believed himself to be in complete control of his habit, able to stop whenever he chose. But the next three years of what should have been the best time in his life were lost to heroin.

During 1971, he and Alice were still to be seen as an enviably cool-looking couple in public. Yet at home when their supplies ran out, they’d literally go berserk, banging their heads against walls or burning themselves with cigarettes.

Heroin obliterated Clapton’s creativity and took away his work ethic.

Holed up at his Italianate mansion, Hurtwood Edge in Surrey, in a semi-comatose state, he sought no new musical partners, wrote no new material and released no new records.

His appearance rapidly went downhill, his face not only developing the heroin user’s chalky pallor but also crops of belated acne. Nominally, Alice did the cooking but he lived mainly on junk food and his weight ballooned. 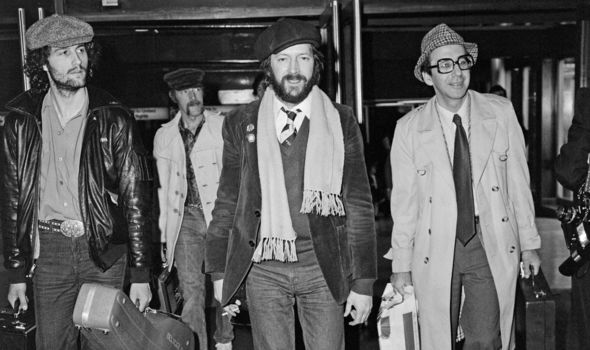 He deliberately cut himself off from all his friends, particularly those on whom he’d once relied for advice and guidance.

By now Clapton’s craving had become so powerful that Ormsby, who would never recover from her addiction and died of an overdose in 1995 aged just 42, had to give him almost everything that she scored.

She compensated with neat vodka, two bottles a day, and the cost of the smack rose exponentially when the dealers discovered whom the aristocratic teenager was servicing. Before long, their habit was running at £1,000 per week, equal to £10,000 today.

Clapton’s gardener Arthur Eggby became accustomed to his employer laying out four lines on the kitchen counter and inhaling them through a tightly rolled £50 note he would then toss in the waste-bin. Since the notes had been thrown away, Eggby felt justified in retrieving them, sponging off the heroin and drying them off to pay for holidays to the Isle of Wight.

The Who’s Pete Townshend, almost the only visitor Clapton allowed into Hurtwood during 1972, was drawn deeply into their claustrophobic and tempestuous domestic life. 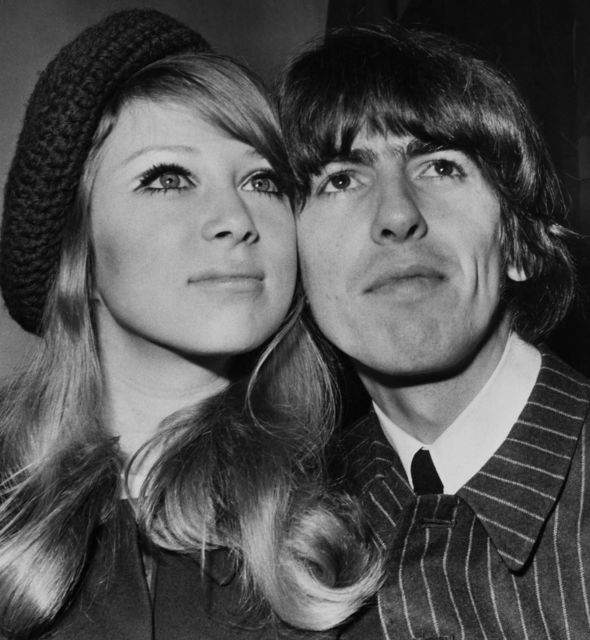 He recalls getting almost nightly phone calls from Alice, now 20, begging him to come and mediate between them: “It was an hour and a half’s drive away, and always at awkward hours. Eric would be asleep somewhere and she would be running around hysterically.”

Clapton’s drug addiction continued until August 1973 when Alice’s father Lord Harlech wrote with an ultimatum: kick heroin or he’d turn him, and his daughter, over to the police.

Subsequently, Clapton agreed to live with Dr Meg Patterson, a Scottish neurosurgeon who claimed to be able to reduce withdrawal symptoms using a form of acupuncture.

The month-long treatment worked and the day he left Clapton presented Dr Meg with the 24-carat gold snorting spoon he’d worn on a chain around his neck for the past three years.

“Thanks, Meg,” said the handwritten note that accompanied it. “I won’t be needing this.” 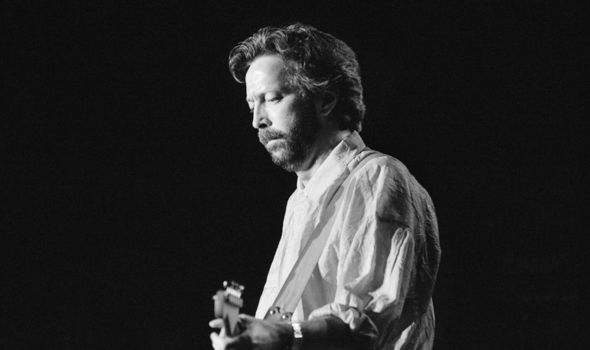 The second stage of his recuperation involved staying on the Harlech family farm near Oswestry in Shropshire, where the rock star mucked out animals, dug ditches and baled hay as he planned his comeback.

Meanwhile, Harrison’s swings from Hindu spirituality to coke-fuelled promiscuity had become more blatant, culminating in an affair with Ringo Starr’s ex-hairdresser wife, Maureen, at Friar Park while Pattie was in the house.

Pattie put up with it for a while, clinging to the hope George might one day revert to the sweet, considerate person she’d met on the set of A Hard Day’s Night. But eventually it became too much and her thoughts, long-term, turned to Clapton.

Her future was finally settled in 1975 when she, Clapton and Harrison sat together in the hall at Hurtwood Edge – although, such was the men’s blokey bond, she might as well not have been there. 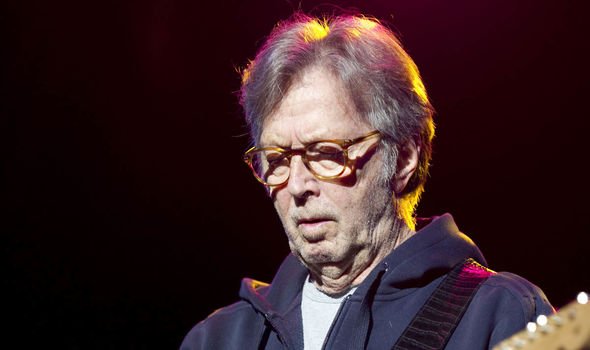 “Well, if you do divorce her,” replied Clapton, “I suppose that means I’ve got to marry her.” Pattie later said: “I was caught in the middle between these two incredibly manipulative men, feeling as if I’d become invisible.”

By now, her long resistance to Clapton had melted into “an intoxicating, overpowering passion”, utterly different from the “deep, gentle love” she’d felt for Harrison. Yet with Clapton, the reverse happened: the obsession he had nurtured at a distance for five years began to ebb away the moment he won her.

In June 1977, Pattie’s divorce from Harrison was made absolute by their having lived apart for two years.

Joining Clapton at Hurtwood Edge also meant a new identity for Pattie. He stopped using her first name, which for him was still too bound up with Harrison, and took to calling her Nellie, Nello or Nell.

After the vastness of Friar Park, Hurtwood’s mere six bedrooms and couple of acres of garden felt positively bijou. And as Pattie explored the house, she came upon drawers and boxes full of mail Clapton had never bothered to open. She realised his naivety in money matters when she found an uncashed cheque for £5,000. 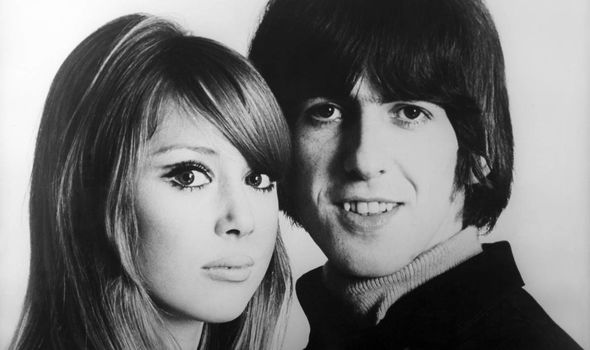 The pair were finally married on March 27, 1979, in Tucson, Arizona. As usual, everything had been arranged to spare Clapton the smallest effort.

Local law required he take a blood test for venereal diseases, rubella or genetic disorders. Because he was so terrified of needles, his roadie impersonated him.

Clapton remained fearful for a long time that Pattie might decide to return to her ex-husband or that he himself might be cuckolded as he had done to his best friend.

“He was suspicious of every man I ever spoke to,” Pattie recalls.

After it’s long and sometimes tortuous genesis, their marriage would last a mere decade, finally ending in an out-of-court settlement in 1989 when Pattie received £600,000 – allowing for inflation, not a great deal more than the £120,000 she had been handed by Harrison in 1976.

The Masked Singer: The Freshest Clues About Sun, Seahorse, Serpent and More