Get ready for a wild ride with Hot Mess Holiday, Comedy Central’s new film that features a majority South Asian cast. The festive movie, which premieres on Saturday, December 11, stars Melanie Chandra and Surina Jindal (who executive produce the project alongside Kal Penn) as BFFs who embark on a wild adventure in Chicago during the Diwali holidays after one of them gets dumped by their cheating fiancé. “It’s comedy first and its story first,” Surina explained of the film to HollywoodLife in an EXCLUSIVE interview alongside Melanie. “It originally was like, ‘Me and Mel love each other. And we have a really funny dynamic. Let’s create comedy together that that reflects our comedic sensibility and what we like to play as characters.’ ” 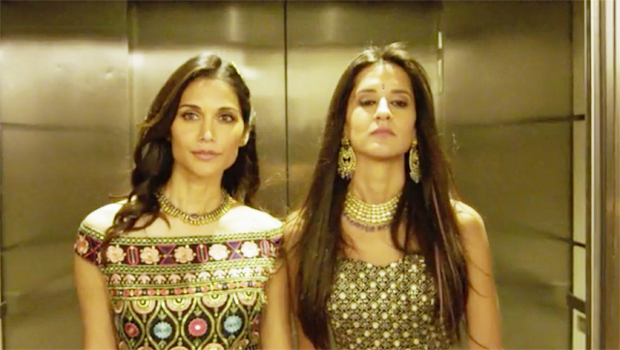 Surina continued, “So that was the initial thought, then it became about what do we really want to say. The representation aspect grew more into the focus as the project grew.” Melanie, meanwhile, explained how she knew the pair could inspire other South Asian women by normalizing the diversity in Hot Mess Holiday while executing some wild comedic moments. “We know we can’t be everything to everyone. But I hope that by showing Brown women executive producing and being in front of the camera that it’ll show other girls that they can do it, too,” the actress said.

Surina and Mel, who are real-life pals and previously worked together on a 2019 short film, said that regardless of the project, their mission always remains the same. “A fundamental goal with us is just to make people laugh,” Mel told HL. “Because it’s just been a really hard two years for a lot of people. And we want to create something zany and light hearted and put a smile on people’s faces.” As far as Hot Mess Holiday goes, Surina said the film emphasizes how a ride-or-die relationship — like the one she and Mel share on and off-screen — is a must-have for everyone in life. “It’s so important even when there’s ups and downs, even if there’s a guy that comes into the picture,” she said. “Keep your close friends close, because they are the ones to lean on. They are your involuntary family. And when you have somebody that you really jive and connect with, keep that bond. Go through the messiness of it.” 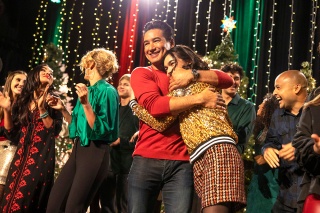 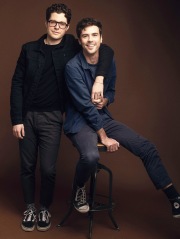 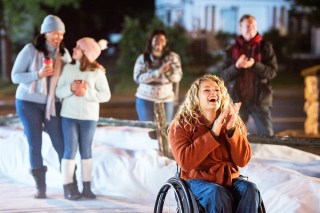 Filming Hot Mess Holiday was such a special experience for Surina and Mel, who said that they had numerous “pinch me moments” while on set with the rest of their cast and crew. “You’re waiting so long for something to get made. That was like a pipe dream back in the day,” Mel explained. “And all of a sudden, we’re on set. All of a sudden, our names are in that little star symbol on our trailers. Number one and number two on set. That’s crazy.”

Mel added, “We were all in it together. And what was really special is we’re the ones just saying, ‘Thank you so much for being part of this movie. This means the world to us. We’re such big fans.’ And then these actors and actresses were like, ‘No, thank you, thank you for creating us and bringing us on board because this hasn’t been done. This is a celebration for our community.’ And to me, it was a very special moment.”

Inside David Ginola’s life-changing day in 2016, from meeting girlfriend to suffering heart attack